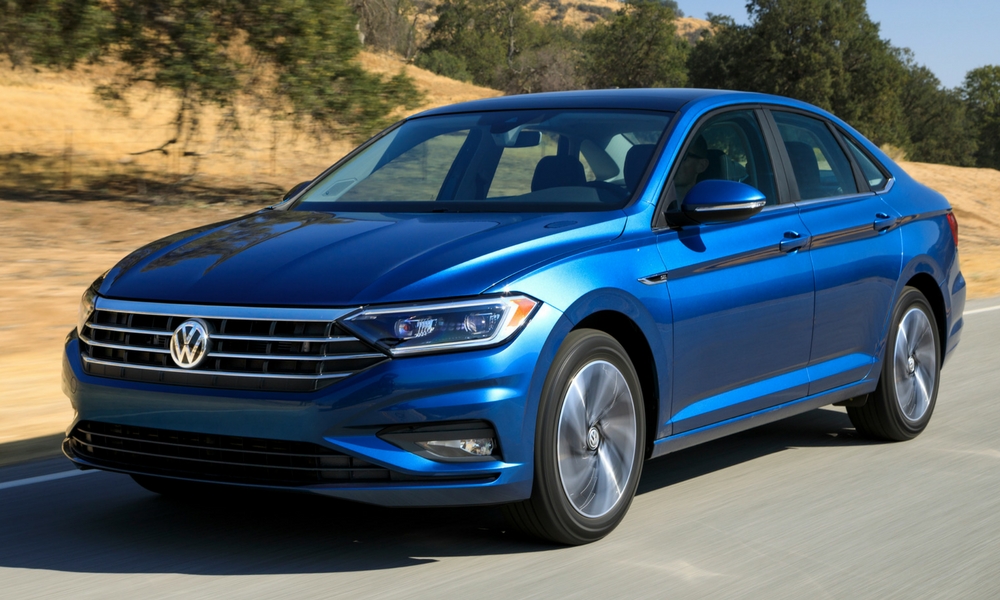 After releasing a cool rendering, Volkswagen finally took the wraps off the next-gen Jetta in Geneva. You can expect to see the 2019 model at dealerships this summer, so that’s not much of a wait.

As you can clearly see, the new VW Jetta has more grownup looks, both outside and in. Volkswagen also says the EPA fuel economy estimates come in at 30 mph city, 40 highway, and 35 combined – impressive numbers. One key to achieving that level of efficiency was actually revising the exterior design for better aerodynamics. The car also now has active grille shutters, plus one of those dreaded stop-start systems for the engine.

The 1.4-liter TSI engine works with an 8-speed automatic transmission. The reason trannies with so many gears are in style is that they help keep engine RPMs in an optimal range, which saves on fuel. Most are also pretty smooth, so you don’t notice too much that they’re shifting more often.

Volkswagen is also including low rolling-resistance tires with the Jetta. Supposedly they don’t hurt cornering performance.

Overall, the message of this new Jetta is that Volkswagen wants to play nice, help people save on fuel without cheating emissions tests, and move forward. Will this be enough to sway buyers? We’ll just have to see.