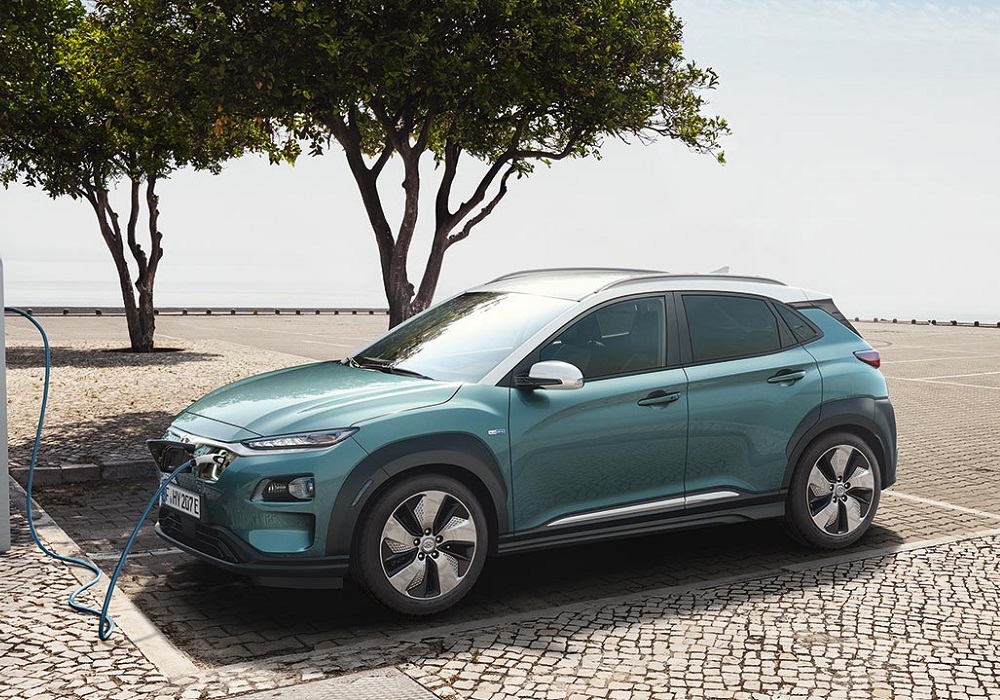 When Hyundai released the new Kona crossover, its electrifying looks split the public down the middle: some loved it, others hated it. Now, it’s taking this electrification a step further by electrifying its powertrain too.

Hyundai just announced the all-new Kona Electric, and it’s a whole lot of awesome. Yes, it still has that polarizing look, which is somewhat more polarizing with the electric model’s closed grille, but its powertrain options are incredible.

The base short-range model will feature an electric motor that produces 133 horsepower and 291 pound-feet of torque. Thanks to a 39.2-kWh battery, this model can travel up to 186 miles on a charge on the European cycle. This model’s top speed rings in at 103 mph and its 0-to-62-mph sprint takes 9.3 seconds.

Move up to the long-range model, and the output jumps to 201 horsepower and 291 pound-feet of torque. Its 64-kWh battery pushes its range to 292 miles and drops its sprint time to just 7.6 seconds.

One thing to remember is that these are all European specs, so they may change by time the Kona Electric arrives in the U.S.

There is no mention of pricing, but look for the Kona Electric to start in the $35,000 range.