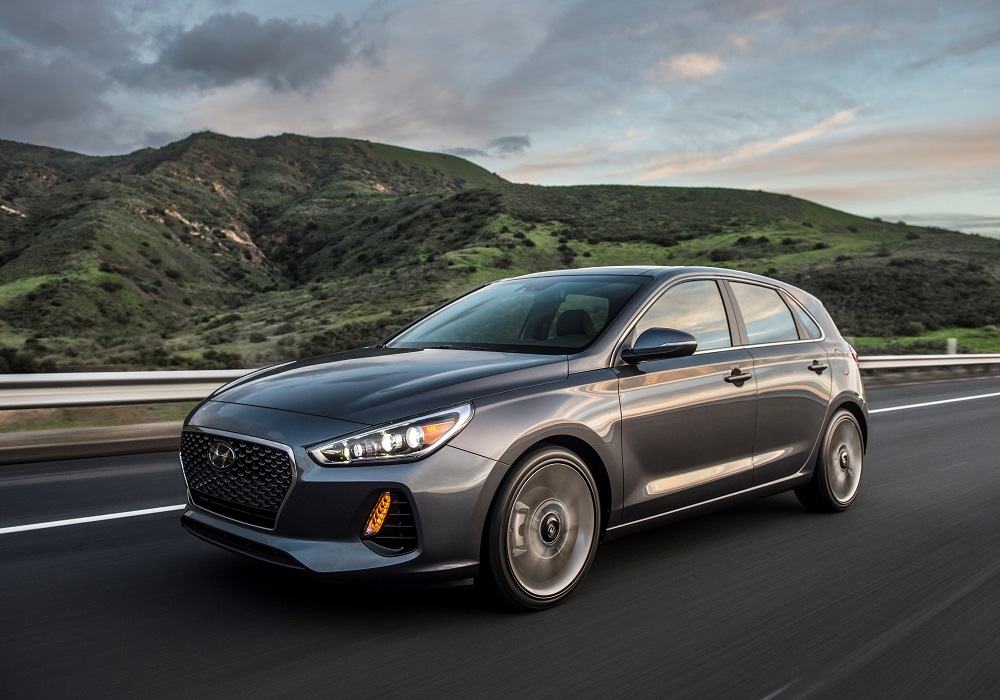 The time is near: The kids are planning their high school graduation and planning their foray into semi-adulthood. That’s right, it’s time to head to college! But you can’t send them to college in that Jalopy they’ve been whipping and nae-nae-ing in through their senior year. Time to get them a new car.

This can be a touch overwhelming, as there are just so many options. Relax. Breathe. We’ve done the heavy lifting for you and listed the nine best cars for college kids.

Keep reading to see what car we think you should put your college-bound kiddo in. The Kia Soul kicks off our list as one of the best cars for college students. Sure, it may be one of the more polarizing cars on our list in terms of appearance, but it has massive upside. First of all, its base four-cylinder engine delivers decent fuel economy at 25 mpg city, 30 highway, and 27 combined. Second, that funky toaster-on-wheels design gives it massive room inside for hauling all that junk to and from school. The Fit is another polarizing car, as its looks aren’t for everyone — but at least it’s more timid than the Soul.

This tiny hatchback makes up for its funky looks with a cavernous cabin thanks to its high roofline and Honda Magic Seat. This allows it to haul up to 52.7 cubic feet of cargo. What’s more, its rear seats offer 39.3 inches of legroom, so even your kid’s tallest roomie will fit comfortably.

On top of all that, you get Honda reliability and amazing fuel economy of up to 33 mpg city, 40 highway, and 36 combined. More Toyota Auris than Corolla, the Corolla iM rolls in as the continuation of the now-defunct Scion iM. Regardless of its roots, the Corolla iM is an excellent college student car for countless reasons.

First up, the Corolla iM is built by one of the most reliable automakers in the world. Add to that its respectable fuel economy of up to 28 mpg city, 36 highway, and 31 combined, and its simple single trim level with al a carte options make it perfect for the college-bound person. While the Versa sedan is loathed, experts seem to agree the Versa Note hatchback is a great deal, especially for college students. It rolls in with a super-low base price and decent fuel economy ratings of 31 mpg city, 39 highway, and 34 combined all add up to a bargain for college budgets.

On top of that, its 38.3 cubes of cargo room with the rear seats folded is enough for most college dorm items and its 38.3 inches of rear legroom leave plenty for adult passengers. Kia slides into our list a second time with the Forte5. This hatchback may not be the cheapest on our list — many see the Kia name as a symbol of cheapness — but it is one of the better values.

At its attractive base price of $18,300, this hatchback comes standard with a 164-horsepower four-cylinder, an automatic transmission, a rear spoiler, projector headlights, a six-speaker audio system, Bluetooth connectivity, power windows and door locks, and much more.

For those college students with deeper pocket and a craving for power, the range-topping SX trim comes with a 201-horsepower turbocharged engine and a sport-tuned chassis.

It also gives up to 35.9 inches of rear seat legroom and 23.2 cubic feet of cargo room with the rear seats up. Though Kia doesn’t list its max cargo room, I assume it is somewhere in the 40 cubes range. The Civic hatchback pushes the base budget a bit with its $20,050 starting price, but it’s a car that’s just impossible to leave off this list. It rolls in boasting probably the best looks of all the cars on the list and has a peppy 1.5-liter turbocharged four-cylinder engine that’s both powerful at 174 horsepower and fuel efficient at up to 32 mpg city, 42 highway, and 36 combined.

At its higher base price, you’re also getting a lot of goodies, like 16-inch alloy wheels, automatic headlights, auto climate control, a rearview camera, a 5-inch touchscreen, Bluetooth connectivity, and more. Like its close cousin, the Kia Forte5, the Elantra GT rolls in boasting more value than most in its price range. From its base price of $19,350 — before the heavy bonus cash it frequently has, which is at $2,500 at the time this was written — the Elantra GT’s list of standard features include a 161-horsepower 2.0-liter engine, 17-inch alloy wheels, an 8-inch touchscreen, Apple CarPlay and Android Auto, power accessories, projector headlights, and more.

What’s more, its hatchback design affords it plenty of dorm-hauling space — up to 55.1 cubic feet with the rear seat folded — and its 34.8 inches of rear legroom is tolerable for most. The Prius v is a bit of an outsider in this group, as it is the only hybrid and is relatively expensive, but hear me out. This one is truly a commuter’s special, as its Two trim level starts at just $26,675 and delivers 44 mpg city, 40 highway, and 42 combined. The latter is incredible for the college student who decides to stay at home and commute to campus every day.

What’s more, should they decide to move to campus or go on spring break, its wagon body affords them an SUV-like 67.3 cubic feet of cargo room.

And while its MSRP may seem a little high, 2017 is rumored to be its final model year, so Toyota is loading the Prius v up with incentives to get them off dealer lots. You may need to do a little searching to find one, but it’s well worth the work. The Chevy Cruze Hatch rounds out our list. Not only does it boast a design that is sharp and sure to grab the attention of any college student, but it also has a well laid out cabin with lots of room and loads of available features, like an 8-inch touchscreen, navigation, keyless ignition, and more.

Driving the Cruze Hatch is also a pleasure, as its quiet and refined ride makes it feel much more premium. It also has lots of room, like 36.1 inches of rear legroom, 38.9 inches of front headroom, and up to 4.2 cubic feet of cargo room.