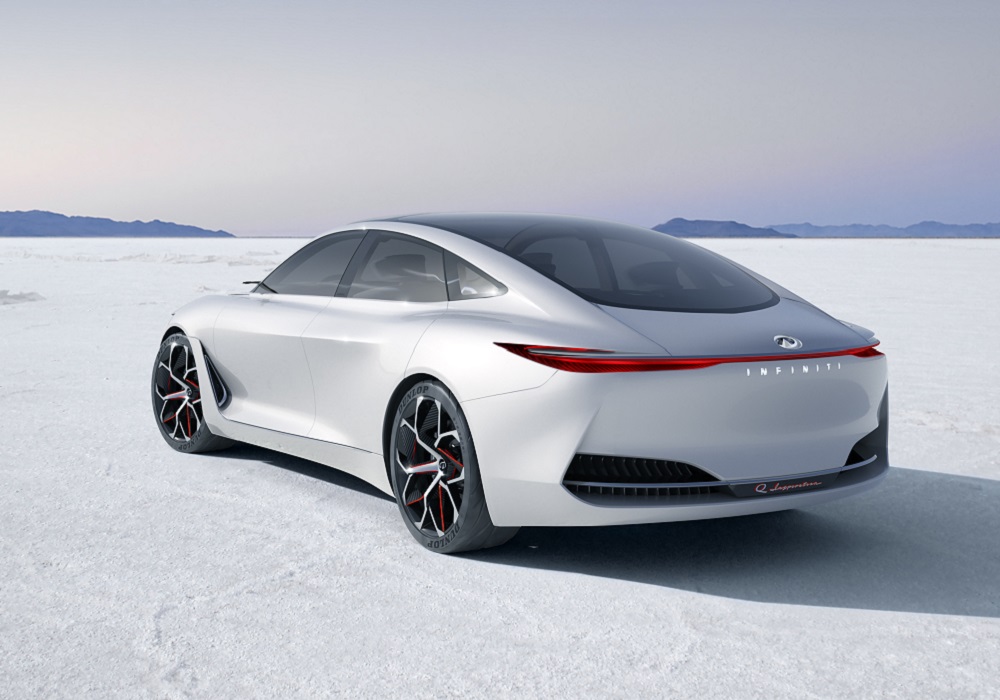 OK, maybe it’s not the first-ever peek, as we saw a teaser image last week. But this is the first nearly full-body view of the upcoming Q Inspiration concept that could show us the future of Infiniti’s design language.

While Infiniti’s current design language is already pretty sleek, this concept takes it a step further. For Infiniti’s lineup, it would usher in the increasingly popular four-door coupe styling, as the rear glass and roofline taper downward slowly near the rear, much like a two-door coupe. It’s also easy to recognize that the body lines on this concept are softer than we’re used to on Infiniti models. That would be a huge departure for the company that’s built a name on its sportiness, but it may help it with the more reserved luxury car buyer.

On the rear, it’s hard not to notice the large, one-piece taillight bar and the all-new rear apron design. Infiniti’s already been thinning and widening its taillights anyways, but this would be the first time the two sides come into contact.

Other than the glimpse at the body, Infiniti is remaining mum on the concept, refusing to spill the beans on its technical specs. We should learn more on that once the Detroit Auto Show kicks off.