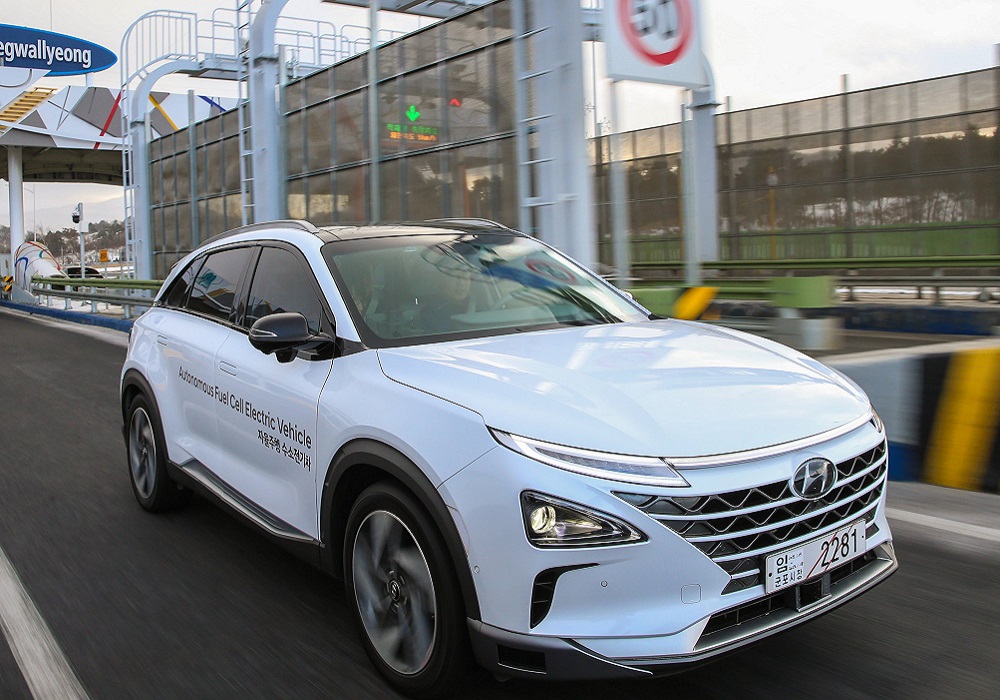 The Olympics aren’t the only big news coming out of South Korea as of late. Hyundai has been hard at work on its NEXO Fuel-Cell Vehicle, which just took home the gold medal in overall driving range for an electric vehicle.

On fully charged hydrogen tanks, this fuel-cell vehicle will run a whopping 378 miles, as certified by South Korean testers. What’s more, it takes less than five minutes to charge up the tanks, eliminating the biggest issue of today’s all-electric vehicles.

On top of being efficient, this fuel-cell SUV is also quite competent. It pulls off the 0-to-62-mph sprint in just 9,2 seconds and tops out at 111 mph. This is thanks to its electric motor, which is fueled by electricity created by the conversion of hydrogen to water, that produces 161 horsepower and 291 pound-feet of torque.

What’s even cooler about the NEXO’s fuel-cell system is that it cleans the air as it drives. How? Well, the fuel-cell system uses a high-performance air filter that traps micro-particulates. This trapping of particles actually catches all the fine-dust pollution of two diesel vehicles traveling the same distance. What’s more, there is a display that shows you just how much pollution you’ve offset by driving the NEXO.

There are no immediate plans for a production version of the NEXO SUV, but Hyundai does plan to use its technology in some of the 38 eco-friendly models it’ll release by 2025.