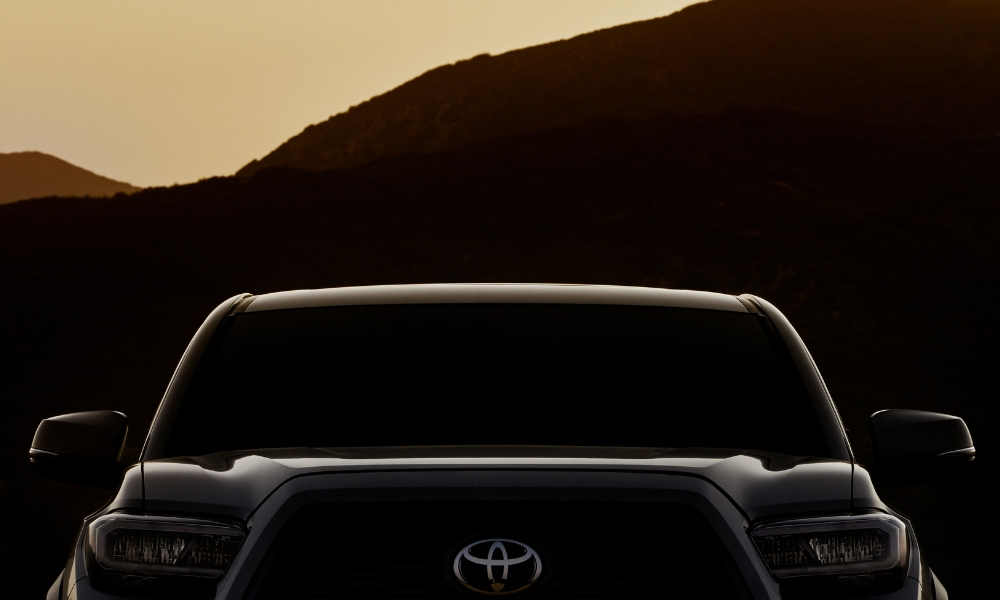 In a shadowy new image, Toyota gives us a sneak peek at the 2020 Tacoma pickup. While many of the styling details are obscured, you can immediately tell the headlights are a different shape. Updated LEDs should emphasize this truck is ready for modern shoppers, along with a revised front fascia. More specifically, expect the grille to be revamped in a big way, helping to freshen up the truck.

This new effort from Toyota, which arguably has just coasted along with the Tacoma for a while, shows the company is reacting to more competition. In the past, it just had to contend with the Colorado and Canyon twins, plus the Nissan Frontier. Now, it’s also facing the red-hot Ford Ranger and Jeep Gladiator.

While you’ll get some nice new duds with the 2020 Toyota Tacoma, don’t expect much else. Most analysts expect the truck’s mechanicals to remain unchanged, although Toyota could have a trick up its sleeve. The automaker pulled a similar surprise with updates to the Corolla and Prius, thanks in no small part to its extensive R&D efforts.

Currently, the Toyota Tacoma commands almost half of sales in its market segment. It’s also the fourth best-selling truck in the United States, demonstrating what a juggernaut it has become. Everyone will keep gunning for it, but Toyota undoubtedly knows that. When the 2020 model is revealed in Chicago on Feb. 7, we’ll know how comfortable the company is with its lead.