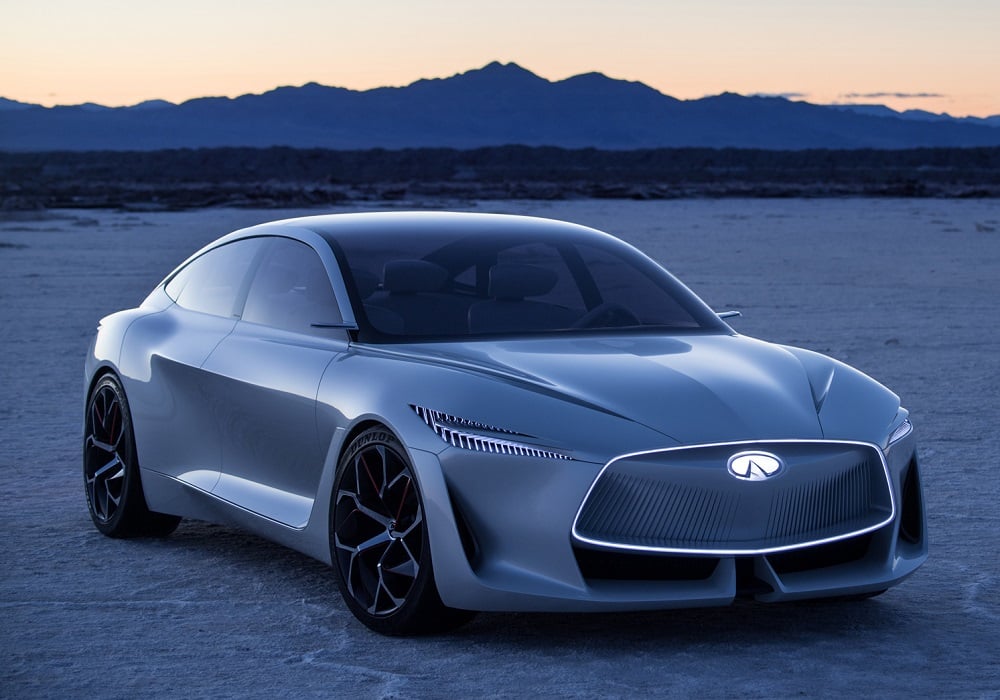 With each passing year, more and more automakers announce their intentions to get in on the electric vehicle market. At the Detroit Auto Show, Infiniti called its EV shot with the announcement it’ll go electric in 2021.

Unlike some automakers, which promised to go all EV by a certain year, Infiniti only promises to dip its feet into the EV pool. Though it’s not going full-bore into the electric market, Infiniti will have options for buyers, as it plans to offer both full-electric vehicles and e-POWER vehicles.

These e-POWER models will be primarily electric driven, but they will feature a small gasoline engine to recharge the batteries on longer hauls. This will give buyers the strong electric range of a high-output battery and the confidence of an onboard charging system for longer hauls.

In its initial press release, Infiniti chose not to reveal much about its future all-electric offerings, but it did make it clear that the vehicles will be just as beautifully designed as today’s Infiniti lineup and the Q Inspiration concept. Infiniti also made it clear that it will launch its first full-electric vehicle in 2021. It also expects electrified vehicles to make up more than half of its sales by 2025.