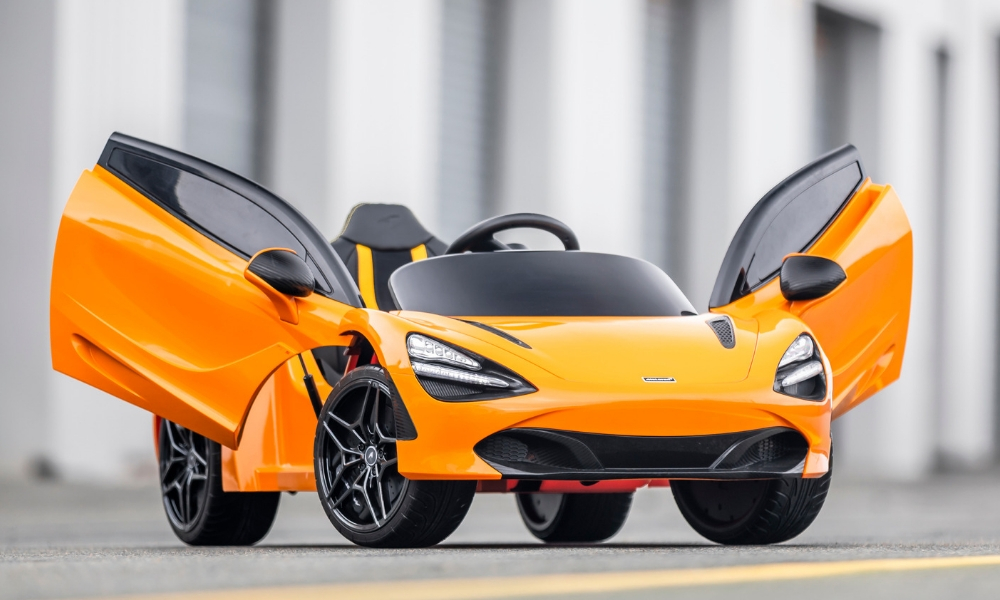 It’s never too early to start shopping for Christmas, especially when you can get a McLaren for your kids. The British supercar brand has announced a new Ride-On toy for children, a cool 720S with scissor doors. This isn’t the first Ride-On car from McLaren, which previously released one based on the P1, but this newest version is even more authentic to the actual supercar.

If you order this toy through a McLaren dealer, you can get the exclusive Papaya Spark paint color, which is of course available for the full-size 720S. There are seven other paint options adopted from the production model.

It gets even better. An infotainment system will play music for your little ones as they cruise around the neighborhood. Or they can learn how to drive distracted from an early age and watch a movie on the screen. If you really want to be a helicopter parent, or you can’t wait to have your 14-month-old driving, there’s an “autonomous” mode that’s really a parent using a radio control to drive the Ride-On.

You can get the Ride-On McLaren 720S through dealerships and some toy stores.

Continue Reading
You may also like...
Related Topics:McLaren, McLaren 720S