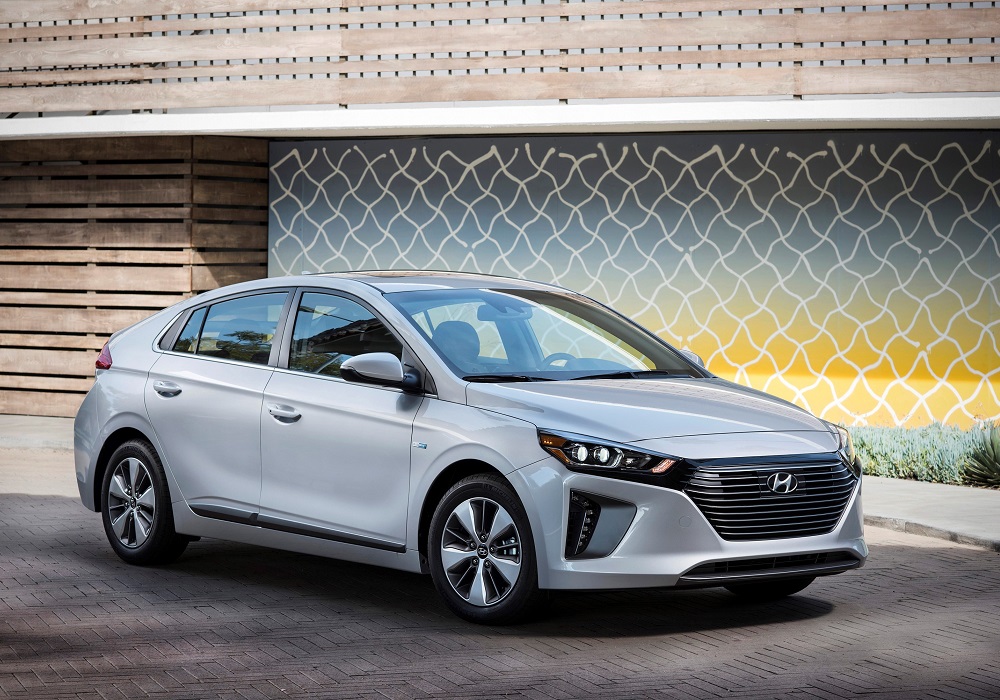 Typically, three’s a crowd. In terms of the Hyundai Ioniq lineup, though, three is just right. The Korean automaker has finally rounded out its first all-green model lineup with the Ioniq Plug-In Hybrid.

Bridging the gap between the Ioniq Hybrid and the Ioniq Electric, the Ioniq Plug-In Hybrid offers buyers a 29-mile electric range, 119 mpg-e in electric mode, 52 mpg when in hybrid mode, and a 650-mile maximum range with a full charge and a full tank of fuel. It truly is the best of both worlds.

Powering this green hatchback is a 1.6-liter gasoline engine that produces 104 horsepower and a 60-horsepower electric motor. The latter is fueled by an 8.9-kWh lithium-ion battery pack. When in electric mode, the motor has enough oomph to get the Ioniq up to 75 mph, so cruising down the highway shouldn’t pose any issues.

Visually, the Ioniq Plug-In Hybrid will be very similar to its electric and hybrid brethren but with a few minor changes. Separating the plug-in model from the hybrid are its LED low-beam headlights, charging port on the left fender, and the specially designed 16-inch wheels.

The 2018 Hyundai Ioniq Plug-In Hybrid’s official release date isn’t available yet, but Hyundai did announce it’ll be available in base and Limited trims that start from $24,950 and $28,300, respectively.