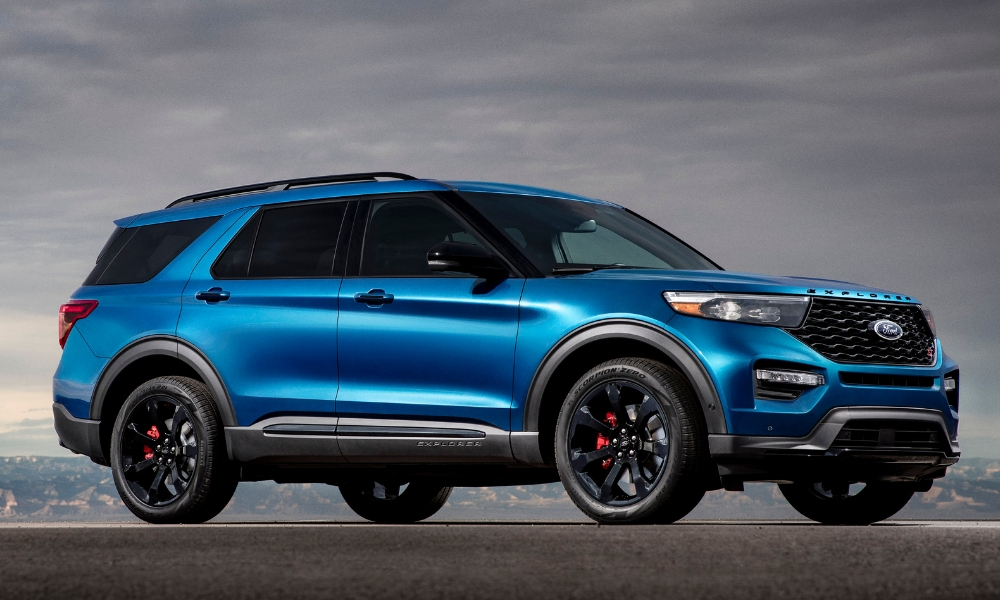 Now that Ford is pretty much done selling cars in North America, it’s decided to release ST versions of SUVs. The latest, the 2020 Explorer ST, packs a serious punch with a 3.0-liter EcoBoost tuned especially for the performance crossover. As a result, drivers will have at their command 400 horsepower and 415 lb.-ft. of torque. Yes, getting little Timmy to soccer practice on time has never been so exhilarating.

According to Ford, the new Explorer ST can hit 143 mph on a track. Obviously, you wouldn’t ever attempt that on a desolate stretch of highway while on a family vacation and everyone else in the vehicle is asleep, no.

Ford Performance says the Explorer ST has been designed for performance from the ground up. Supposedly, that means superior handling and not just a bunch of power dumped into the thing. The selectable Sport mode tightens the steering, quickens throttle response, and causes the transmission to shift more aggressively.

The real question is will the Ford Explorer ST fill the gap left by the departure of the Focus ST? While I wasn’t that impressed by the hot hatch, it has a solid following, and somehow I doubt they’ll be impressed by a go-fast three-row crossover.