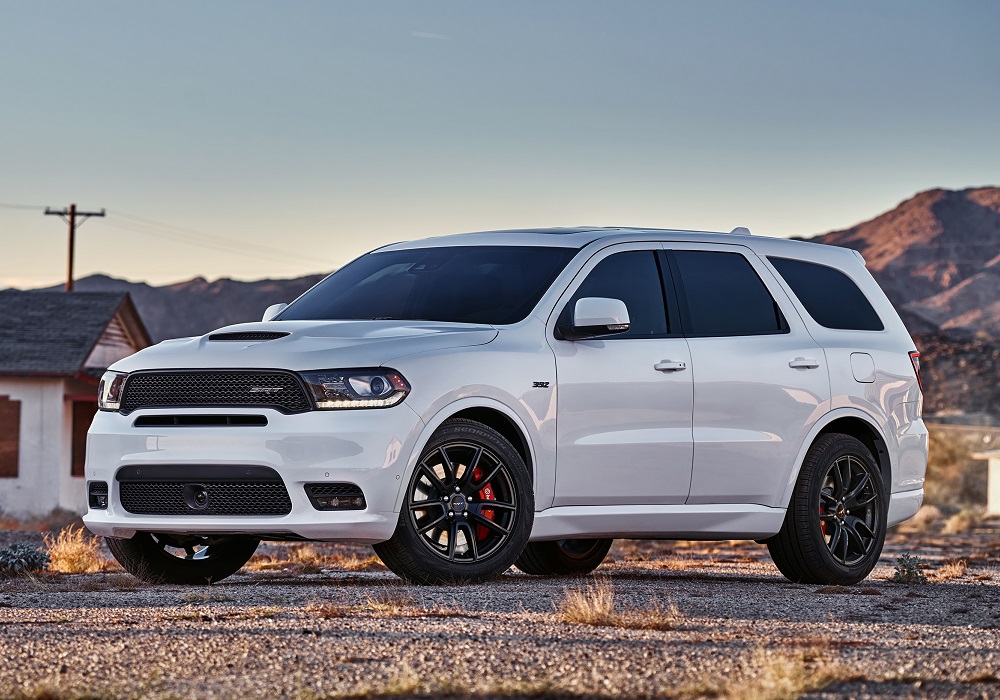 Earlier this year, Dodge unveiled what it called the fastest, most powerful three-row SUV: the Durango SRT. While we know all the juicy info about its powertrain, we were stuck waiting forever to find out what one will set buyers back.

Today, we learn just that, as Dodge has revealed its MSRP.

This outright gnarly SUV will run a cool $62,995 plus a $1,095 destination fee. This makes it just $1,200 cheaper than the Challenger SRT Hellcat and $4,650 less than the Hellcat-equipped Charger. What this beast offers that the Hellcats cannot is the ability to haul up to 8,700 pounds and enough room for a large family to go along with its 4.4-second 0-to-60 time and 12.9-second quarter-mile sprint. So, sure, the Hellcat bros are more fun, but the Durango SRT delivers fun for the whole family (and maybe a boat too).

For this mighty fee, buyers will get a 392-cubic-inch HEMI V-8 powerplant that delivers 475 horsepower and 470 pound-feet of torque. This pairs with a specially calibrated eight-speed auto transmission before shipping the power to all four corners via a performance-tuned all-wheel-drive system.

It also includes Brembo six-piston calipers up front and four-piston units out back that put the squeeze on 15- and 13.8-inch rotors, respectively; 20-by-10-inch Goliath wheels shod in 295/45ZR20 Pirelli Verde All-Season rubber; stiffer suspension bits; an active damping system, tons of sporty interior bits; and a body that oozes performance from every angle.

There are also several options for the newest member of the SRT family. These include 20-by-10-inch split-five-spoke wheels in a low-gloss black, three-season tires, a trailering package, a power sunroof, Demonic Red Laguna leather seating, rear DVD entertainment, technology group, and a premium interior with suede-wrapped headliner and A-pillars, carbon-fiber instrument panel and door bezels and a hand-wrapped instrument panel.

Dodge expects to have the 2018 Durango SRT in showrooms in the fourth quarter of 2017.