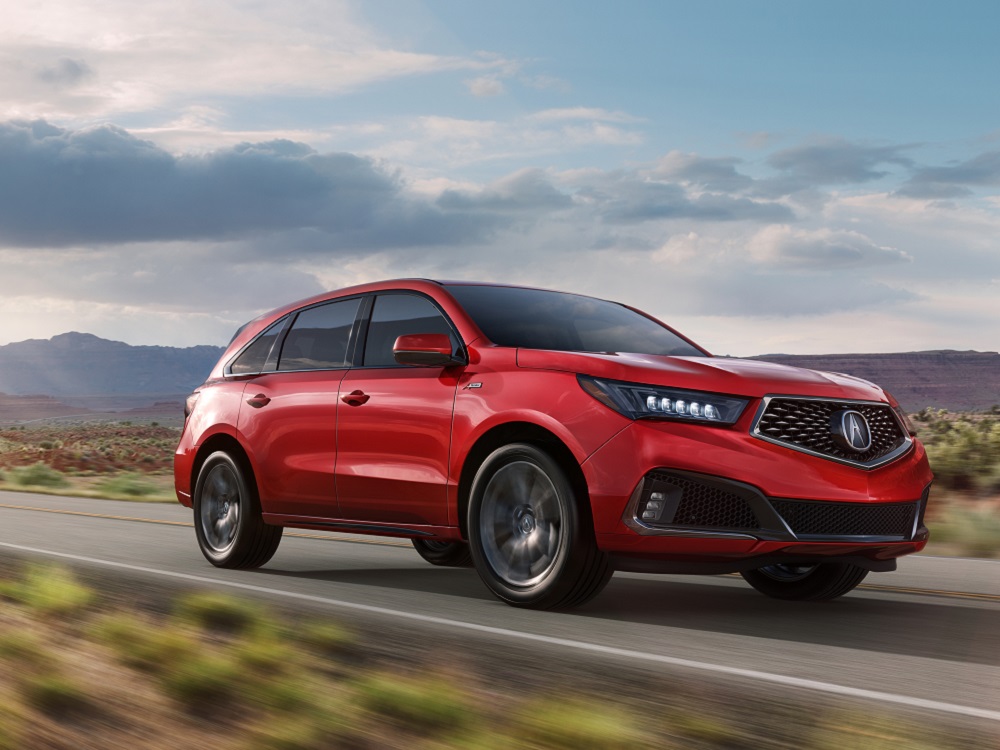 On my first day back to the U.S. following a four-month-long stay in Indonesia, I was greeted by a shiny 2020 Acura MDX A-Spec and was quickly reminded how much I missed U.S.-spec cars with their modern tech, fluffy seats, and features that actually function straight out of the box.
Sure, I’ve been in the MDX probably a thousand times over the years, but I had gained a new appreciation for the level of attention that goes into these legit luxury cars built for our picky American eyes. After a week behind the wheel of this luxury beast, here’s what I think of it. 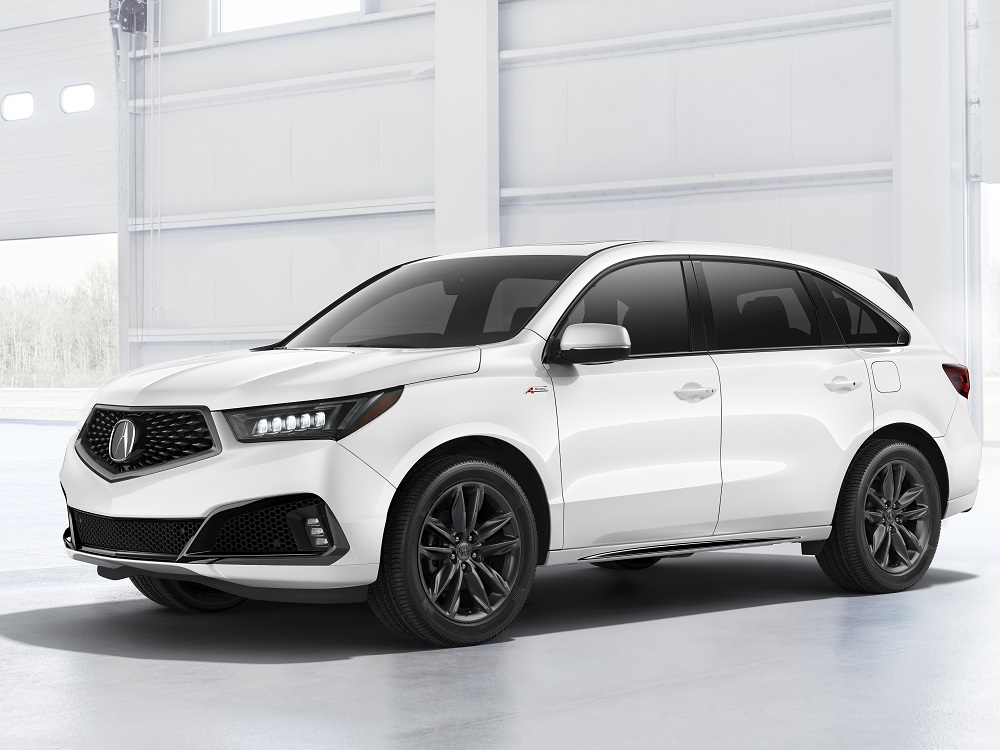 The MDX is a relative dinosaur in the world of midsize luxury crossovers, as it went through its last redesign way back in 2014. Despite its age, small tweaks and a forward-looking design team has allowed the Acura MDX to age with grace. Setting it off are its standard Jewel Eye LED headlights that deliver a striking stare day or night and the newest iteration of the Acura grille. My tester happened to be the A-Spec model, so I got some additional styling treat, including gloss-black and dark-chrome accents, LED fog lights, sportier bumpers and exhaust outlets, and 20-inch Shark Gray rollers.

Inside, the 2020 MDX A-Spec looks and feels the part of a premium luxury SUV if you haven’t stepped into a BMW, Mercedes, Audi, or Lincoln SUV lately. It boasts sport seats wrapped in super-soft Milano leather and Alcantara that looked as amazing as they felt.

The standard A-Spec steering wheel sits great in your hand with pronounced bolsters, while the rest of the A-Spec cabin gets small touches of sportiness like the red-on-silver gauges, A-Spec garnishes, metal trim, an ebony headliner, stainless steel sport pedals, and more.

There are a few dated touches on the 2020 MDX, like the dual-screen infotainment system. This was a technical marvel when it debuted, but it has run its course and will likely disappear in the next-gen MDX. We’ve already seen its replacement in the smaller RDX, so it will be no shock when we get a single screen and the RDX’s innovative touchpad-based infotainment system. 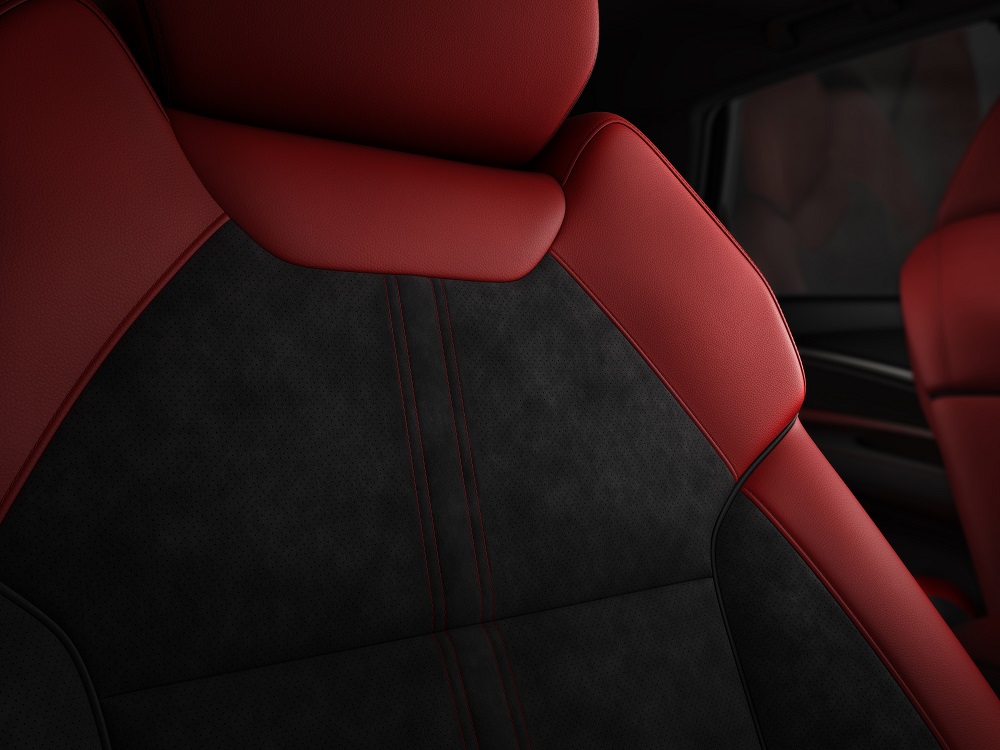 Comfort is nothing short of top-notch in the 2020 Acura MDX A-Spec. Despite sitting on 20-inch wheels and being the “performance” variant, the 2020 MDX A-Spec rides as soft as they come. It effortlessly glides over potholes and delivers a peaceful ride in virtually any condition. I would prefer a little extra feedback when switching it into “Sport” mode, but after a 35-hour flight in a 600-mph tin Twinkie, I was plenty happy with its softer ride.

The sport seats offered plenty of bolstering to keep my backside in place in the corners, and the grippy Alcantara inserts helped too, they were far from intrusive. Keeping these seats cool is standard ventilation, but I wish Acura would put a little more focus on the fan speed, as these coolers sometimes lack the oomph to cut through the Florida heat.

The second-row seats deliver plenty of space for folks of all shapes and sizes with 36.6 inches of legroom and 38.3 inches of headroom. The third-row seats, though, are for small children or adults you want to punish for making you late, as they offer just 28.1 inches of legroom. The third row also gobbles up a lot of cargo room, leaving just 15 cubes of space with the seats upright. Lower these seats and unlock a more acceptable 38.4 cubes. With all the seats folded, the MDX delivers 68.4 cubes of cargo-hauling space, which is less than expected from a three-row crossover.

Noise was no issue in the 2020 MDX, as its sound-deadening materials did their job limiting engine noise and all other outside distractions. With a heavy foot, you will hear the sweet vocal chords of that 3.5-liter V-6, but it’s far from intrusive. 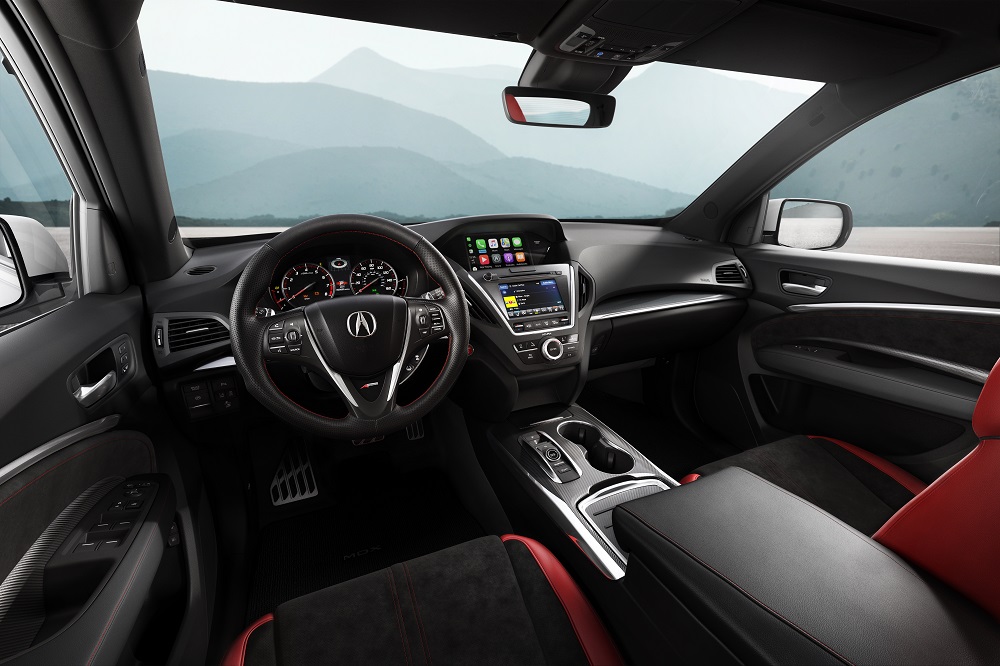 The Acura MDX, while dated, has no issue on the technical side of the coin. Sure, that dual-screen infotainment system looks old and is a little clunky, but it’s functional and does everything today’s latest systems do. Things do get a little frustrating when you throw Android Auto into the mix, as its lack of a touch interface forces you to use a funky toggle wheel to flail your way through the menus and features, hoping you’re pushing, turning, or clicking the knob the right way.

The standard audio system in the MDX A-Spec is a 10-speaker Acura/ELS unit that includes SiriusXM, though my subscription was not active, which was disappointing. But with its standard Bluetooth audio streaming, I kicked it over to Pandora radio and streamed sans commercials. This audio system delivers great sound in the 50 percent to 70 percent volume range, but anything above 70 percent gets a little rough.

In terms of safety, the MDX has it all with standard automatic emergency braking, road-departure mitigation, adaptive cruise control with low-speed follow and stop and go, lane-keep assist, forward-collision warning, lane-departure warning, automatic high-beam headlights, and more. The A-Spec adds to that front and rear parking sensors. The only feature I craved was a 360-degree camera, but that comes only with the Advance Package.

For the most part, the MDX’s safety features work flawlessly, but the adaptive cruise control’s stopping feature is a little aggressive and slow to adapt when a car briefly crosses your path or turns out of your lane. Frequently, I would have to mash the gas pedal after a car turns from my lane because the system would try to stop the vehicle even though there is no car in front of it any longer. Lexus’ adaptive cruise system is far quicker to react, and Acura should find a way to do the same.

First things first, the MDX, while technically a midsize crossover, feels massive after four months of driving nothing but a lightweight Honda CBR 250R, which was my primary transportation through the crowded streets of Tasikmalaya, Indonesia. After a few days, my jet lag wore off, and I was finally able to pilot the MDX without hugging the steering wheel like a 100-year-old heading to the eye doctor.

With my comfort level restored, I was able to see again what makes the 2020 Acura MDX so wonderful. The 290-horsepower 3.5-liter V-6 will not deliver neck-snapping performance, but it will push this crossover to 60 mph in the mid-six-second range. It would be nice to see Acura move the upcoming Type S trim to the new-generation MDX and give it a performance variant to better compete with its German rivals, but I wouldn’t hold my breath.

Handling the shifting duties is a nine-speed automatic transmission that went totally unnoticed in my weeklong test drive. Much like an offensive lineman in the NFL, not noticing it means it did its job perfectly.

If towing is your thing, the MDX performs about on par with its class at 3,500 with front-wheel drive and 5,000 pounds with all-wheel drive, which is enough for a midsize trailer. 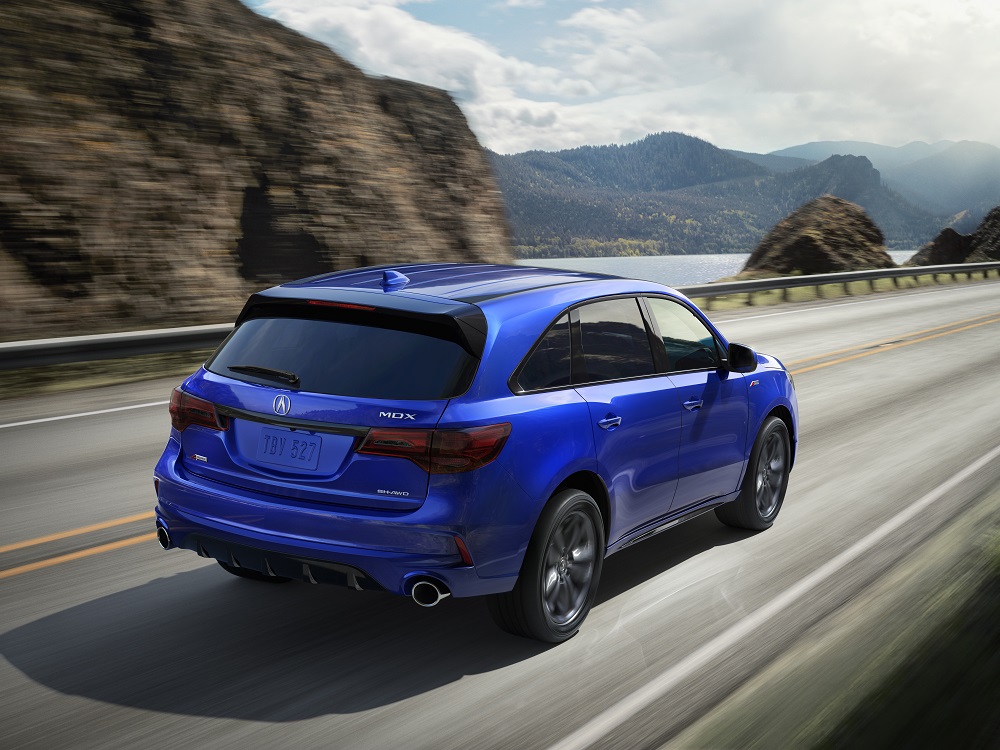 The 2020 Acura MDX A-Spec, which starts from $54,900, remains a great option for families of all sizes. Keep in mind, though, if you need to use the third row often, you may want to look elsewhere, as the MDX’s 28 inches of third-row legroom will leave anyone over the age of 13 a little uncomfortable. Also, if you are a techie who must have the latest gadgets, the MDX’s dated two-screen infotainment system will likely lead to years of frustration on your end. These types of buyers may be best suited to wait on the next-generation MDX, which may come in the 2021 model year.

I always have and always will love the MDX, but it is a little bulky for my family and me. I prefer to step down into the smaller and less expensive RDX, which features the latest technology, a thriftier powertrain, and an updated look. But this is only because I do not need the third row.

If I was in a position where I needed the third row, I may look to the Volvo XC90, as it delivers amazing levels of comfort, a massive cargo area, more seating options, and a wild 400-horsepower hybrid powertrain. There is a styling tradeoff, as the XC90 is on the wrong side of vanilla, but beauty is in the eye of the beholder and all that jazz.