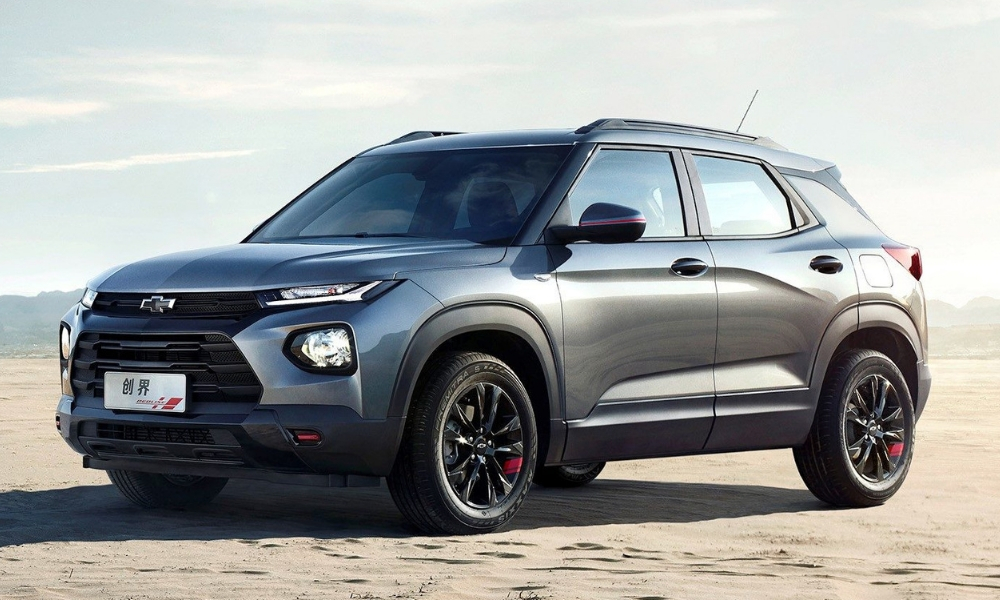 As part of the trend of resurrecting dead nameplates, Chevrolet has revealed the all-new 2020 Trailblazer as well as the Tracker. These two small SUVs are being aimed squarely at the Chinese market, making their debut at the Auto Shanghai 2019 show — but don’t be surprised if the Trailblazer finds a way to the North American market soon.

If so, this definitely isn’t the Chevy Trailblazer you may remember. Instead of being a larger SUV with a third row optional, the new Trailblazer is smaller and aimed at a much younger group of buyers. According to Chevrolet, it introduces a “bold and expressive look” with “a character all its own.” I’m getting strong notes of the Ford Explorer in the design, plus some hints of the Nissan Murano.

For reasons I’m sure made great sense in Chevrolet’s design department, the SUV wears split LED headlights, something the Tracker does not feature. Those were controversial on the Jeep Cherokee before the new generation corrected that mistake.

Chevy put the Redline version of the new Trailblazer on display in Shanghai. Take away the blacked-out details and you probably have a good idea what the other trims will look like. What’s under the hood and so forth hasn’t been revealed and that could honestly change if the SUV makes its way across the Pacific. Don’t hold your breath on that, but it could mean the end of the Equinox. We’ll see.