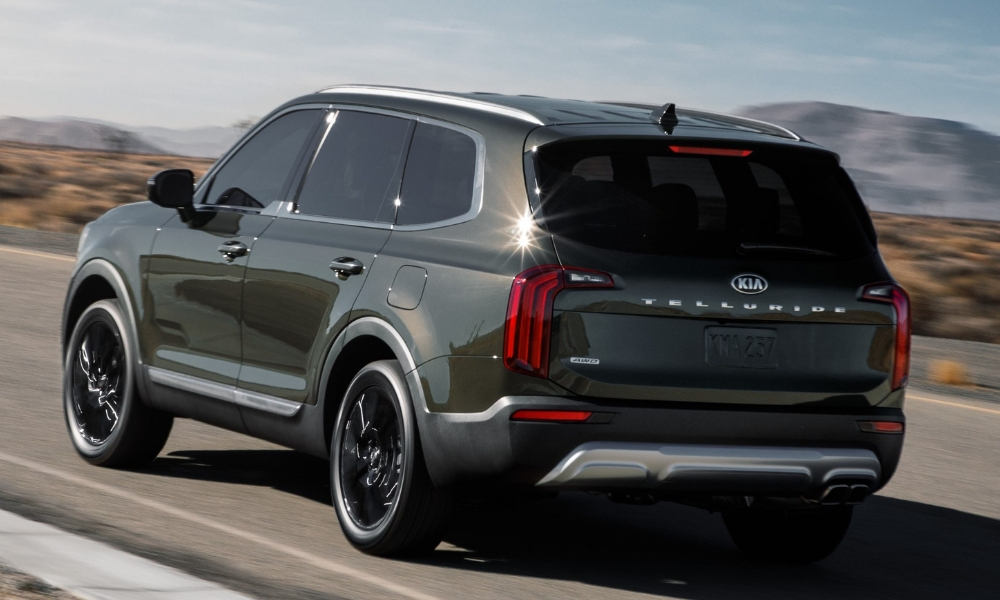 A lot rides on the Kia Telluride. The Korean automaker has been struggling, thanks to a North American market that isn’t big on cars and instead wants SUVs — the larger the better. This body-on-frame, three row SUV was created with Americans in mind, but the big question that’s been looming — other than will it sell? — is what kind of fuel economy it will get?

Well, the answer is in, and it’s neither good nor bad. As far as efficiency, the Kia Telluride is pretty mediocre.

With front-wheel drive, the Telluride is rated at 23 mpg combined, 20 mpg in the city, and 26 mpg on the highway. Add all-wheel drive and those figures sink to 21, 19, and 24 mpg. That’s better than what you get with competitors like the Volkswagen Atlas and Chevy Traverse, for example. But, the Subaru Ascent, Toyota Highlander, and other segment leaders best it in this area.

Just how much will fuel economy affect Telluride sales? It’s difficult to say, considering lately people don’t seem to care much about that factor. A wild swing in prices could change that in a hurry, but good luck predicting when that will happen.

Look for the Kia Telluride to hit dealerships this spring.

Continue Reading
You may also like...
Related Topics:Kia, Kia Telluride