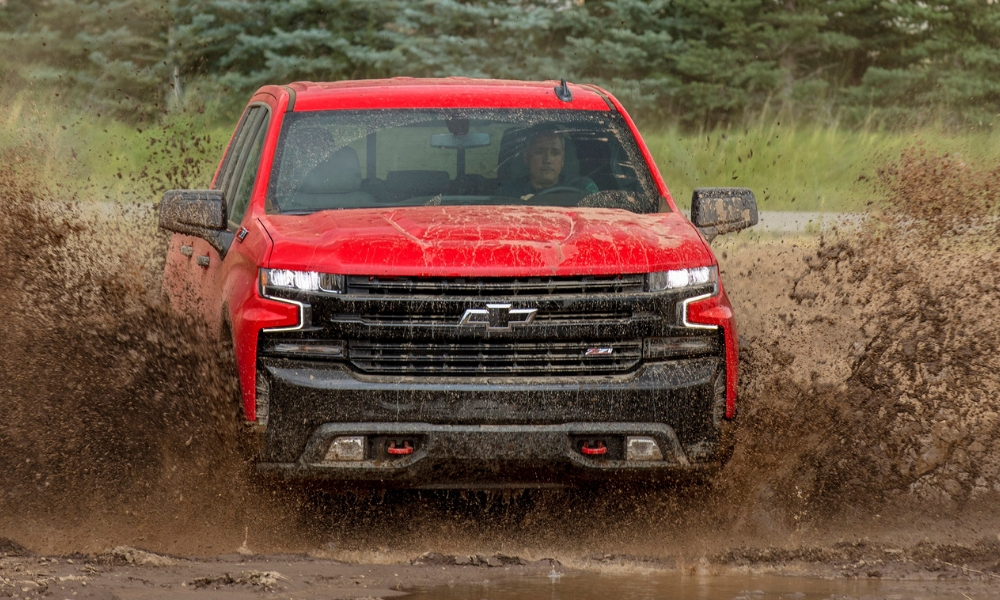 Thanks to the order guide for the 2019 Chevrolet Silverado, we finally know some official specs for the new Duramax 3.0-liter turbo-diesel engine. With a peak 277 horsepower at 3750 rpm and 460 lb.-ft. of torque at 1500 rpm, it easily out muscles the Ford F-150’s diesel engine.

While horsepower and torque are important, so is towing capacity. Unfortunately, official trailering capacity hasn’t been included in the order forms, so we’re left to guess about that. It’s possible the F-150 could outperform the Silverado in this area, since it pulls a mighty 11,400 pounds.

We also get to guess about the EPA-estimated fuel economy for the Duramax 3.0-liter. No doubt it’ll be more impressive than the controversial four-cylinder gas engine for the truck. Since it pairs with a 10-speed automatic transmission, expect some pretty solid figures.

Of course, we don’t know what the EcoDiesel for the 2019 Ram 1500 will be like. It could totally eclipse the Silverado’s Duramax, especially since it gets the benefit of debuting last.

Deliveries of the turbo-diesel Silverado will start this summer. You’ll have to pay $2,495 for the Duramax engine for LT, RST, LTZ, and High Country models with either the extended- or crew-cab layout. On the rest of the lineup, both the Trailering and Convenience packages are necessary to add the diesel engine, inflating the cost to over $5,000.