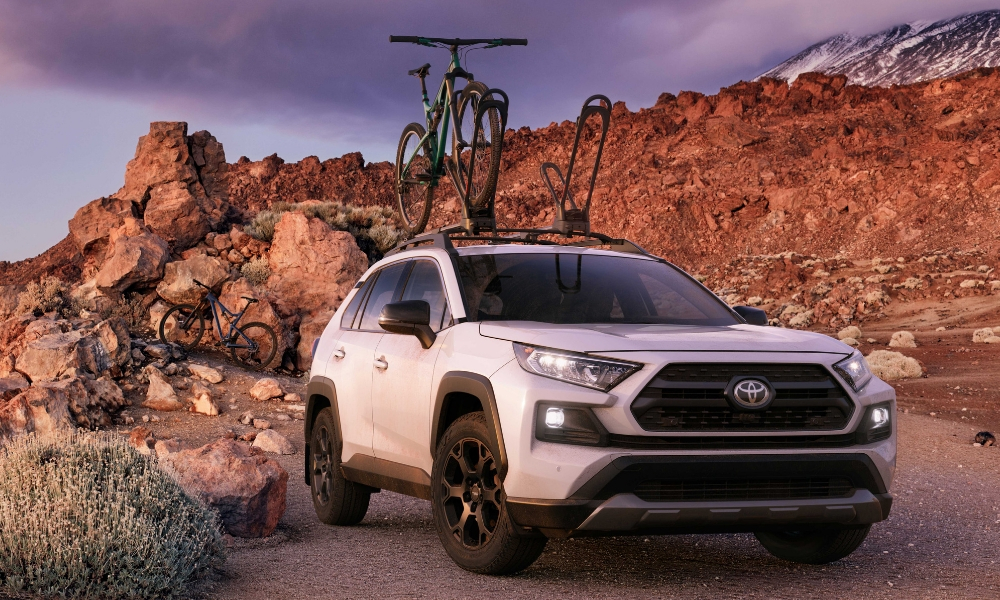 Does the thought of taking a Toyota RAV4 on trails make you want to laugh? Try to keep a straight face, because Toyota says it wants to give the little crossover some “trail cred” by slapping some TRD Off-Road parts on it.

Yes, this is serious.

The new RAV4 looks tougher and boasts better performance. I’m not sure I’d call it a trail monster, but to be honest I haven’t tried going rock crawling in one. On paper it seems like it’d do OK in somewhat difficult situations, but a 4Runner, Tacoma, Tundra, Sequoia, or Land Cruiser would be a much more capable choice.

But hey, sometimes people who drive small unibody SUVs want to act like they’re ready for adventure. Then, they head off to hot yoga and use all that capability to get over the parking lot speed bumps comfortably.

Does TRD Off-Road slap on some locking diffs or a snorkel? Nope, the modifications focus on suspension, tires, and wheels only. Oh, but the crossover does get wide over-fenders, tougher-looking bumpers, a revised grille, and all that other stuff that is super important when hitting the trail.

So the Toyota RAV4 TRD Off-Road will fool some unknowledgeable onlookers, just don’t brag to your cousin with the Wrangler about what your “rig” can do.