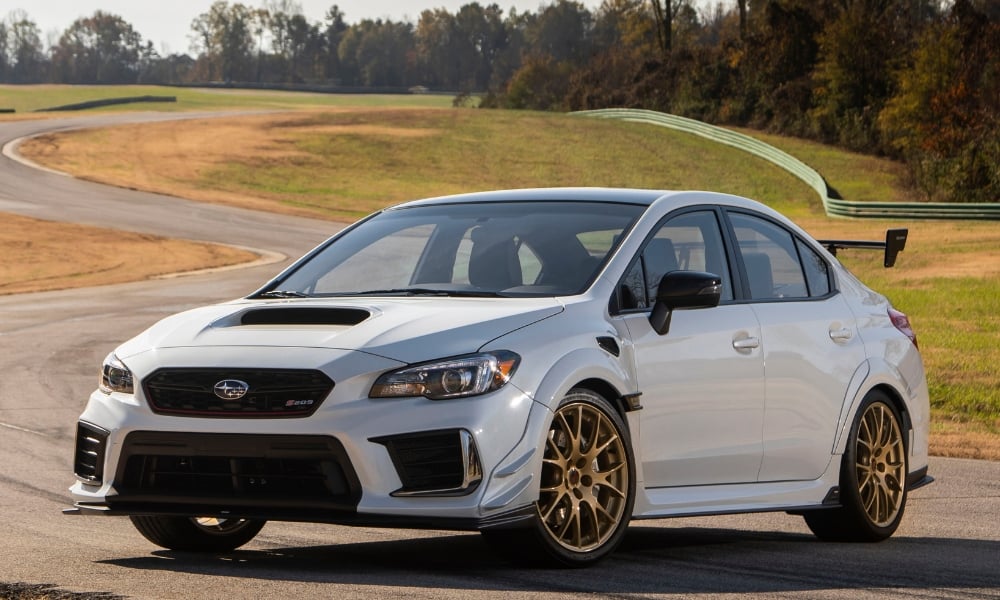 We’ve known for a little bit that the Subaru WRX STI was getting a limited edition model called the S209. While JDM specs were impressive, that wasn’t a guarantee of any power increase on this side of the Pacific. That’s why so many enthusiasts are shocked Subaru Tecnica International has blessed the S209 with 341 horsepower.

The bad news is the S209 will be limited to just 200 units in the U.S. Considering this is the first significant power bump in far too long, expect these to be gobbled up in a hurry.

You can tell the STI S209 is a special car. The fenders are wider, giving it a more aggressive stance. Add to that new front canards and a more track-oriented rear wing, and it’s obvious this car has been created as a weekend hot laps warrior.

To balance out all that extra power, the S209 comes with a flexible strut tower bar, numerous chassis, modifications, and front/rear flexible draw stiffeners, so handling shouldn’t be sloppy at all. New high-friction pads for the Brembo brakes should bring the car to a halt quickly. That kind of balance is critical, since any automaker can boost engine output for cheap thrills.

If you’re one of the 200 lucky individuals to get the Subaru WRX STI S209, you’ll only be able to choose between two exterior paint colors: World Rally Blue and Crystal White Pearl.