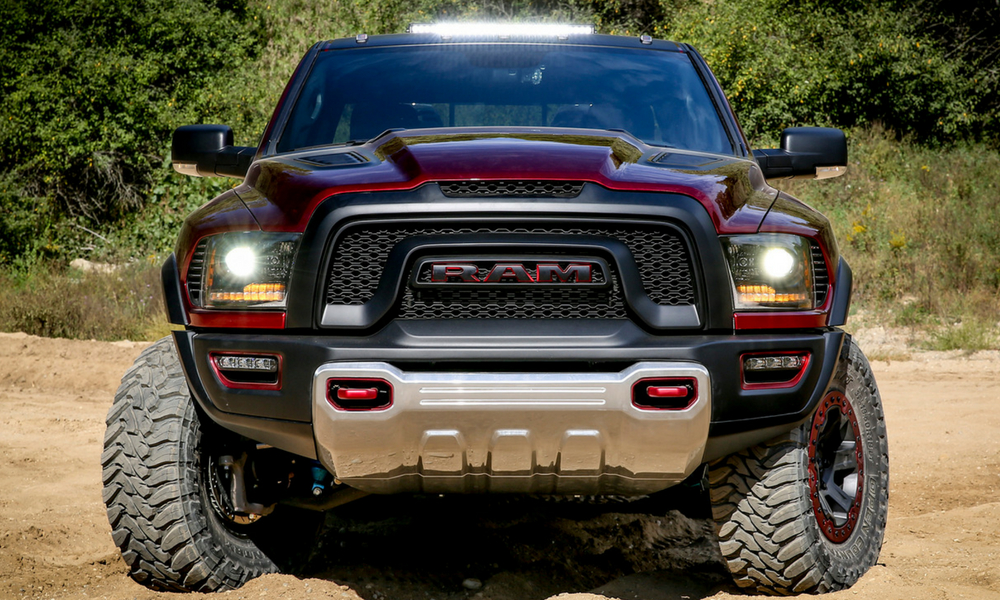 After toying with the idea, Ram is actually going to make the TRX, a truck to take on the Ford Raptor. We saw the concept back in 2016 and people understandably got excited. But, what we know about the production version of the truck is it will be even better than the concept.

Under the hood of the Ram TRX concept was a supercharged 6.2-liter V-8 with 575 horsepower. But, it looks like Ram will go full Hellcat for sure, perhaps unleashing the full potential of the 707-horsepower V-8.

Now that there’s a Jeep Grand Cherokee with the full-strength Hellcat in it, what’s stopping Ram from doing the same thing? It would be the perfect answer to the Ford Raptor, outmuscling it and making a strong statement.

Also, this gives Fiat Chrysler the perfect marketing opportunity. The TRX can easily be called the T-Rex (there was a concept Dodge Ram by the same name in 1997) and they could play off it grabbing the smaller Raptor dinosaur, flinging it like the weakling it is. Maybe FCA can even swing getting permission from Universal Studios to use Jurassic Park footage of the dinosaurs fighting.

Anyway, the more desert racer pickups sitting in the parking lots of Chile’s around suburban communities, the better, I say.

Continue Reading
You may also like...
Related Topics:Featured, Ram, Trucks