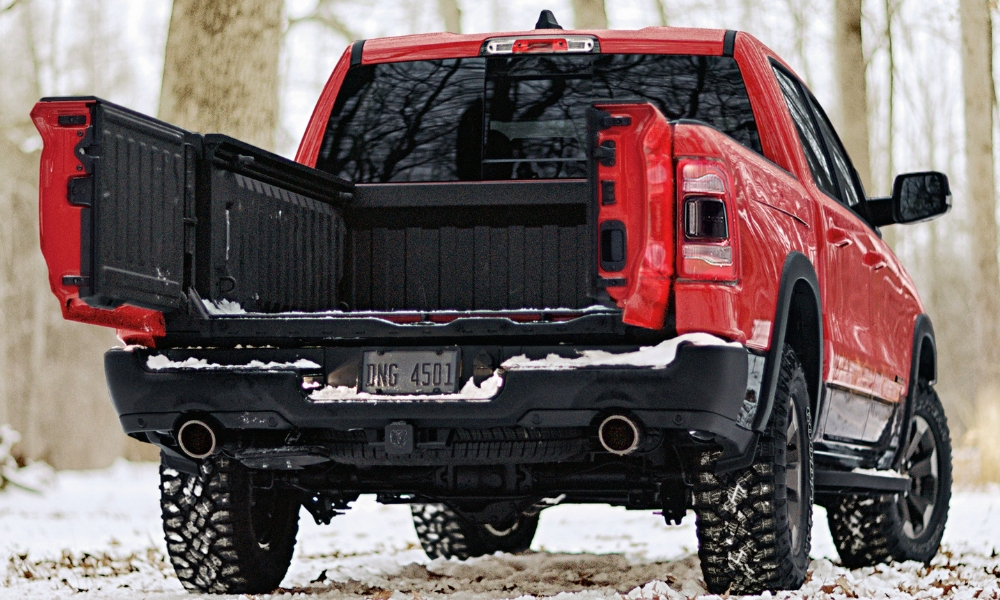 It used to be only Honda had decided the regular drop-down tailgate on pickups was too limited in its movement, and truck fans laughed. Now Ram has gotten on the bandwagon with its own multifunction tailgate, while Chevy and Ford fans are laughing. But it’s easy to see how such a tailgate could actually make life easier.

Having owned a truck in the past, I can tell you that sometimes the tailgate is just plain in the way. This is why I’ve found the ability to swing the Ridgeline’s tailgate in either direction intriguing. Ram has decided to split the difference for its 1500 line, quite literally. This new multifunction tailgate setup has a 60-40 split.

Essentially, what you get are barn doors when you need them, or you can use the tailgate in the normal drop-down fashion. When using the split, climbing into the payload is easier. Loading big, heavy items like furniture is less burdensome. Ram even notes that getting the tailgate out of the way means owners can load items using a forklift.

Unlike the Honda Ridgeline, the Ram 1500’s multifunction tailgate can handle up to 2,000 pounds of weight. It should be able to handle the regular rough-and-tumble abuse you’d expect the Ram 1500 to endure.

All trims for the 2019 Ram 1500 can have the multifunction tailgate added as an option, but you’ll need to wait until the second quarter of 2019 for it to become available. MSRP on the tailgate is $995.

Continue Reading
You may also like...
Related Topics:Featured, Ram. Ram 1500