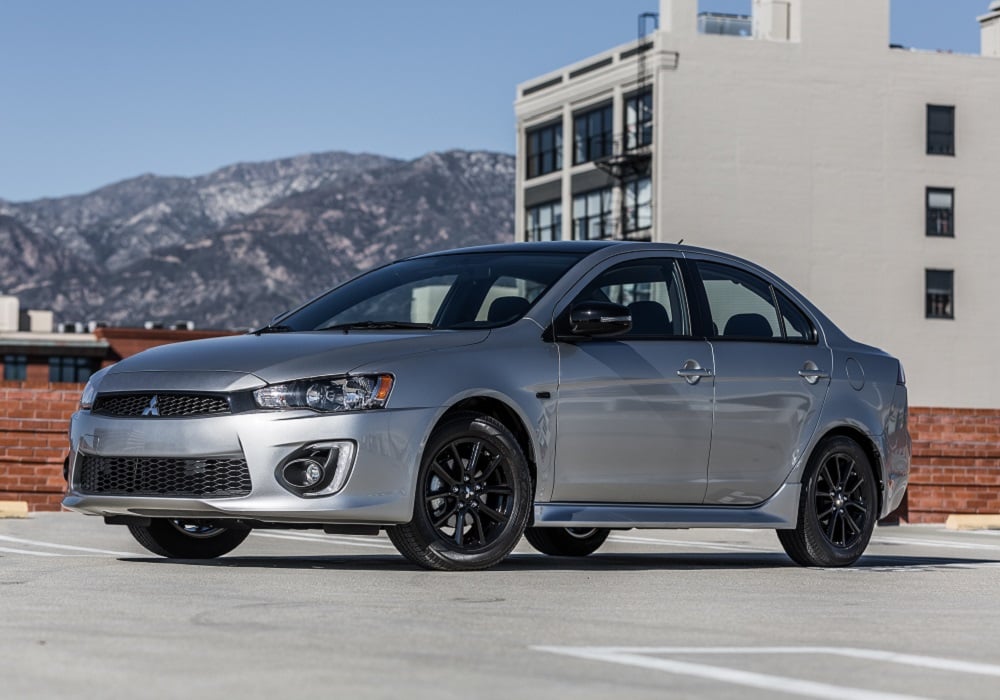 There’s not much to talk about when it comes to Mitsubishi’s lineup, as it’s about as boring as it gets. But the Japanese automaker is starting to gain a little traction in the U.S. and is releasing some mild tweaks to keep things fresh. Today, Mitsu announced the release of the 2017 Lancer Limited Edition.

While the name makes it sound special, there is not much to write home about on the new Limited Edition. Positioned just above the base ES trim, the Limited Edition’s exterior takes on a few black accents to set it apart from its stablemates. These black-painted bits include the 16-inch wheels, upper front grille garnish, fender garnish, and side-view mirrors. Other exterior mods include a standard sunroof and Limited Edition badges.

Inside, the Lancer Limited Edition will come with an exclusive color scheme that includes black cloth with red stitching on the shifter knob, steering wheel, parking brake, armrest, and door trim. Rounding out this trim are aluminum pedals, black headliner and pillars, gloss-black trim, and a 6.5-inch infotainment system with Apple CarPlay and Android Auto.

The Limited Edition carries the same 2.0-liter four-cylinder engine as the base ES, but it comes standard with the ES’ optional continuously variable transmission.

The 2017 Lancer Limited Edition will hit showrooms later in May, and it’ll carry a $19,795 starting MSRP. That makes this a $1,000 markup over the base ES 2.0 trim with the CVT. That’s not too bad, considering the standard 16-inch wheels, sunroof, and 6.5-inch touchscreen — not to mention its exclusive color scheme.

Continue Reading
You may also like...
Related Topics:Featured, Lancer, Mitsubishi