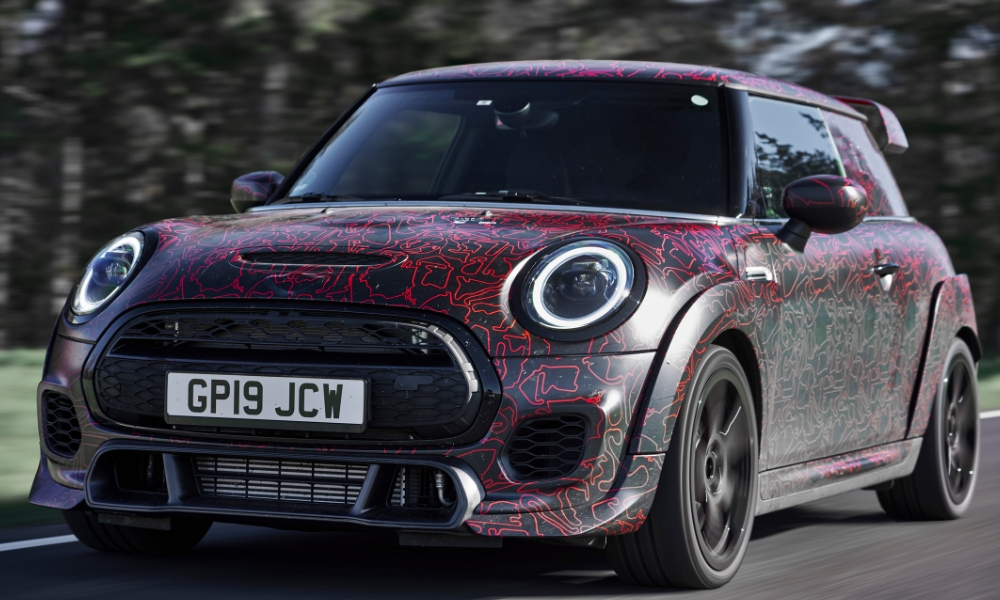 After years of languishing as a brand, Mini finally has its swagger back. It boosted the John Cooper Works versions of the Clubman and Countryman to over 300 horsepower, firing a warning shot before announcing shocking information about the upcoming John Cooper Works GP.

This new model will easily be the fastest and one of the most powerful vehicles to wear the Mini badge with 300 horsepower on tap. Mini has revealed only that the GP has gone around the Green Hell in under eight minutes, but that’s it. However, it’s been leaked that Mini was able to achieve a Nurburgring lap time of 7:56.69. Laugh if you want to because that’s nowhere near a production vehicle record, but it’s impressive for a front-wheel-drive car.

Appropriately, Mini plans to reveal a prototype of the John Cooper Works GP at the 24 Horus of Nurburgring pre-race program. It’s a track that’s revered for its varied and challenging elements, hailed by many as the ultimate test of a car’s full range of performance capabilities.