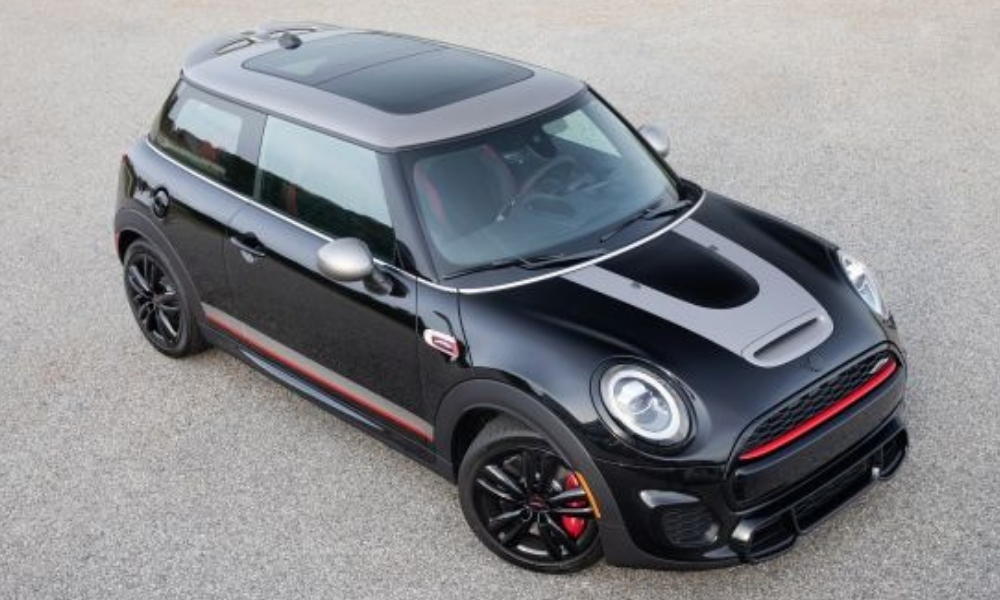 This year in Los Angeles, Mini will bring the John Cooper Works Knights Edition, announcing the special model will finally be sold in North America. Mini has been searching for ways to pump up sales in North America as shoppers flock to larger SUVs and trucks.

Based on the John Cooper Works Hardtop, the Knights Edition features black and silver factory parts, plus red stripes for a unique look. That means you can’t customize the color scheme. A John Cooper Works multimode exhaust system, which usually is an option, comes standard.

The car also wears aftermarket accessories, which are mostly cosmetic in nature. It’s not like the turbocharged 2.0-liter four-banger needs much more of a boost, considering it tops out at 228 horsepower and 236 lb.-ft. of torque. Just like with other John Cooper Works models, both a six-speed manual and a six-speed automatic transmission are available. Front-wheel drive comes standard.

You’ll be able to get your hands on a Mini John Cooper Works Knights Edition starting early in 2019 when it arrives at dealerships in the U.S. and Canada.

Mini also confirmed the Mini John Cooper Works GP Concept will be launched as a production model for 2020. We saw the beautiful concept back in 2017 at Frankfurt.