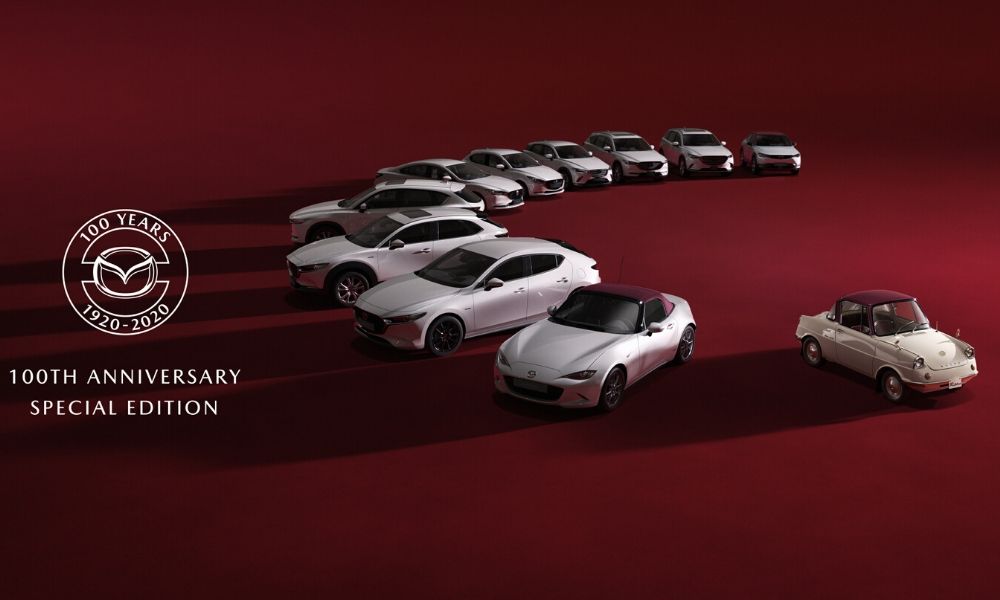 It’s celebration time as Mazda reaches its much-anticipated centennial. To mark this special occasion, the Japanese automaker will deploy 100th Anniversary Special Edition models. These will undoubtedly be highly coveted by true fans of the brand.

Using upper-trim levels of select vehicles, Mazda will give these 100th Anniversary Edition models some special treatments to set them apart from the rest, drawing on the Mazda’s first passenger vehicle, the R360 Coupe, for inspiration.

Among the special details will be a Snowflake White Pearl Mica premium paint with red styling highlights on the exterior and interior. A front fender badge will read “100 Years 1920-2020.” A 100th Anniversary Special Logo will adorn the wheel center caps.

Red leather seats and red carpeting are an obviously unique touch. Embossed on the headrests is the 100th Anniversary Special Logo, which is also stitched into the floor mats.

Thanks to the coronavirus outbreak, Mazda says the launch of 100th Anniversary Special Edition models in the United States is on hold for now. The company barely was able to hold its own celebratory events in Japan at the beginning of the year before the outbreak struck there.

Continue Reading
You may also like...
Related Topics:Featured, Mazda