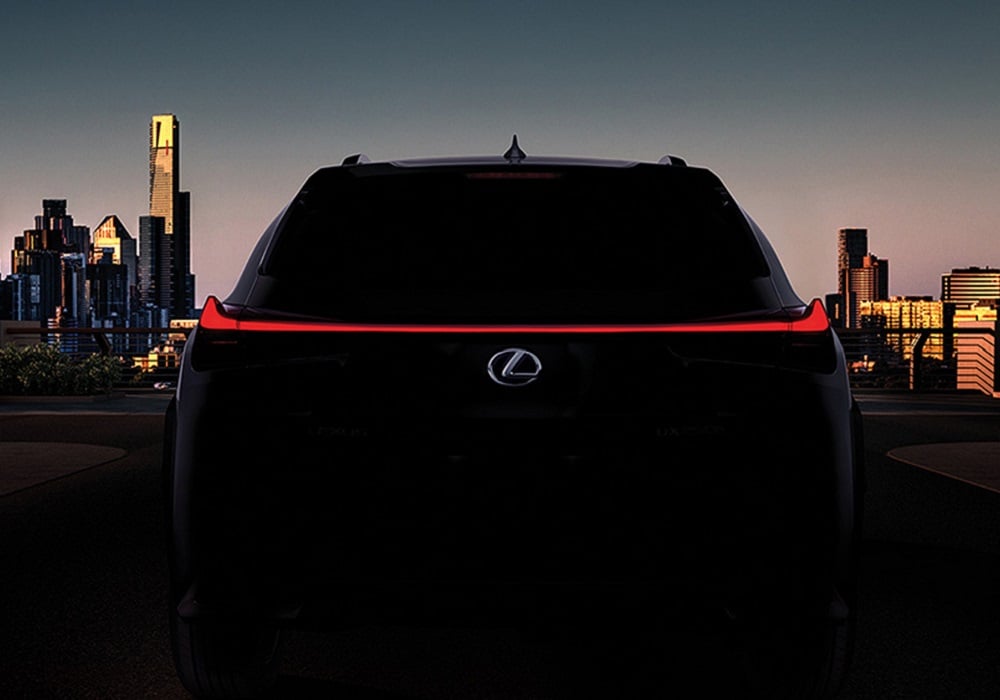 Back in 2016, Lexus unveiled a new compact crossover concept: the UX Concept. At the time, there was no information on exactly when this concept would make it to production, but we now have a clearer idea. Lexus recently announced that the production version of the UX will make its global debut at the Geneva Auto Show.

The UX Concept was an incredible design study that boasted an aggressive, cab-rearward design. It also featured super-sharp creases, flared wheel arches, a swooping roofline, and a one-piece, winglike taillight assembly. While the final design remains to be seen, the teaser image shows the taillight design will make it to production, albeit in a more timid fashion.

The shadowy teaser also shows that the rear wheel arches are toned way down, though the do flare out a bit, and the roofline will be a touch more traditional in production.

The interior will be completely different from the concept, which is pretty common, so we won’t even go into that until we see the production model.

All else remains a mystery for this compact crossover until it makes its official debut at the Geneva Auto Show on March 6, 2018.

We’ll bring you all the official details once they become available, so stay tuned.

Continue Reading
You may also like...
Related Topics:Crossover, Lexus, UX