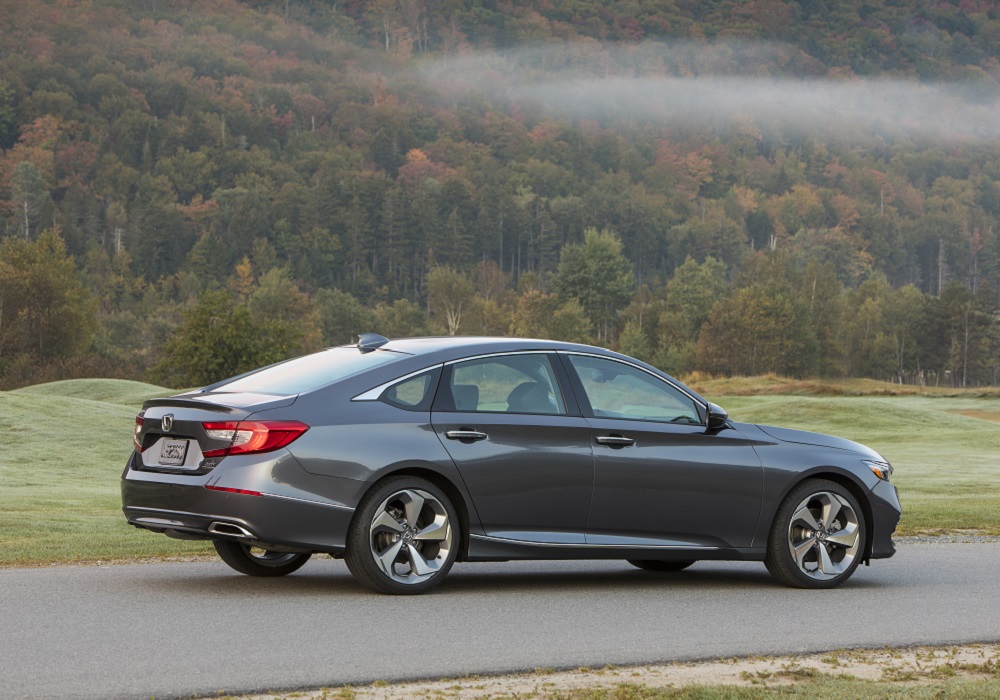 The 10th-generation Honda Accord underwent a complete transformation, giving the sedan an upscale look like it’s never had before. It also gained a new set of powertrain options that included 1.5-liter and 2.0-liter turbocharged four-cylinder engines. The 1.5-liter versions have been on sale for a while now, but Honda hasn’t revealed the details on the 2.0-liter models until now.

Honda is calling the 2.0T version of the Accord “the most powerful” ever, but that’s more a marketing gimmick than anything. Yes, the 2.0-liter turbocharged four-cylinder engine’s 273 pound-feet of torque is the highest ever in an Accord, but its 252 horsepower is well below the 278 ponies the V-6 engine produced in 2017. That said, this additional torque and the weight savings relative to the V-6 engine should make the Accord 2.0T significantly quicker than the 2017 Accord with the V-6.

Backing up this Civic Type-R-based four-cylinder engine is a new 10-speed automatic transmission or a short-throw six-speed manual transmission.

Keep it locked here as we continue to wait on new details surrounding the final version of the 10th-generation Accord, the hybrid version.