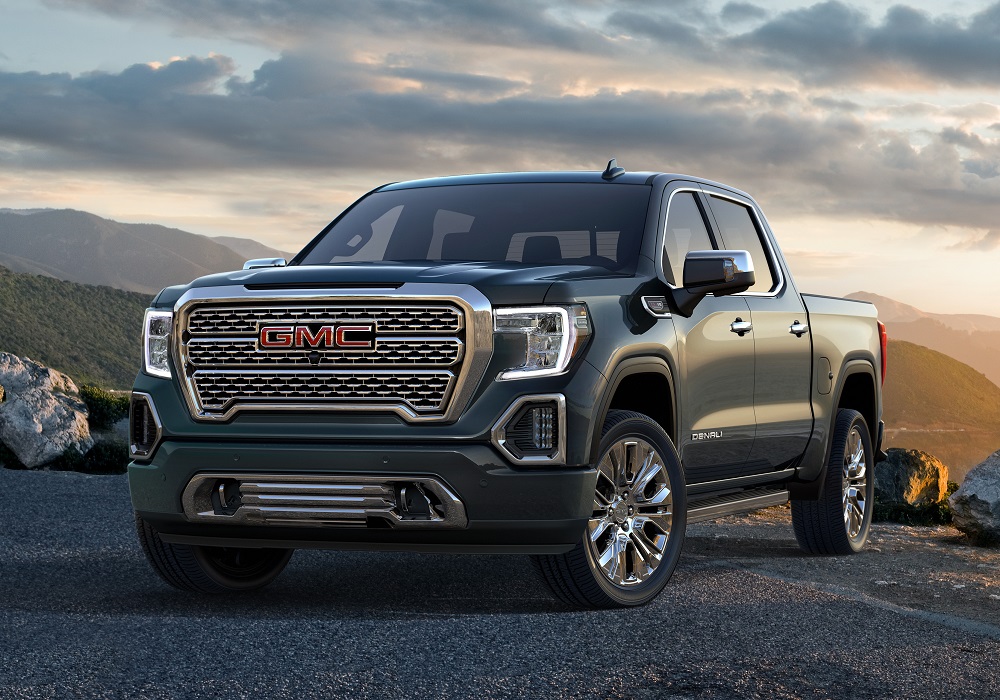 When the 2019 Chevy Silverado debuted, the consensus was that this would be the generation when it and the GMC Sierra finally took a few steps away from each other visually. GMC recently revealed the all-new Sierra, and a the distinctions between the two are clear.

Visually, the differences are obvious and a bit reverse of what many may expect. Whereas the Chevy took the futuristic approach with the slick LED lighting and more angular front bumper, the Sierra takes the more classic approach with the large headlight assemblies and the more squared front bumper. They do, however, share the bold upright grille.

ARound back, the similarities are more obvious, as the rear bumpers and exhaust exits are virtually identical, the taillights are very similar, and the tailgates also share the basic shape.

The sierra will also boast a efw features that are exclusive to it. One of these features is the MultiPro Tailgate, which has six unique functions, including assisting in loading, being a standing workstation, acting as a load stop, and more. Another exclusive feature is the CarbonPro carbon-fiber pickup box on the Denali model, which shaves 62 pounds relative to the steel bed. As expected, the 2019 Sierra’s under-hood bits will mimic those of the Silverado. The available engines will include 5.3- and 6.2-liter V-8 engines, and a 3.0-liter diesel engine. The 6.2- and 3.0-liter powerplants will pair with a new 10-speed automatic transmission.

The 2019 GMC Sierra will hit showrooms in the fall. Stay tuned for pricing.