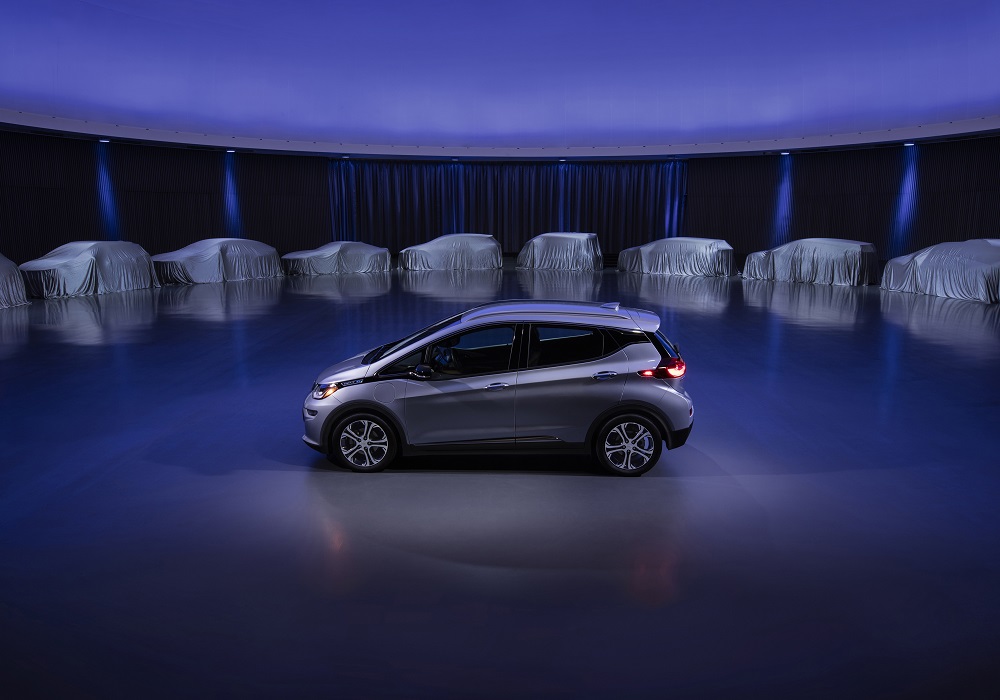 General Motors isn’t a leader in electrification, but it is definitely making strides at this point with its 238-mile Bolt EV. GM recently announced it plans to dig even deeper into the EV realm in the next year and a half.

Lip service is nice, but actions speak louder than words, and GM will prove its commitment in the next 18 months. According to a press release, GM will release a pair of new electric vehicles based on what it’s learned from the Bolt EV in the next year and a half.

GM didn’t dive into the details of its 18-month plan, but it is almost certain that one of these vehicles will be a small crossover based on the Bolt EV.

GM also revealed plans to unveil at least 20 new all-electric vehicles by 2023. Keep in mind, though, that GM is looking beyond just battery-electric vehicles. It’s also looking toward hydrogen fuel-cell technology to help out.

On the latter front, GM also unveiled a new concept vehicle known as the Silent Utility Rover Universal Superstructure. SURUS is a fuel-cell-powered, four-wheel-steered concept on a heavy-duty truck platform with a pair of electric motors driving it. This concept is flexible in that it can underpin a delivery truck, ambulance, or other heavy-duty vehicles. Unfortunately, GM didn’t reveal any images or additional details about this concept.

There is no mention of when the first of these 20 new electric cars will debut, but we’ll bring you updates as they become available.