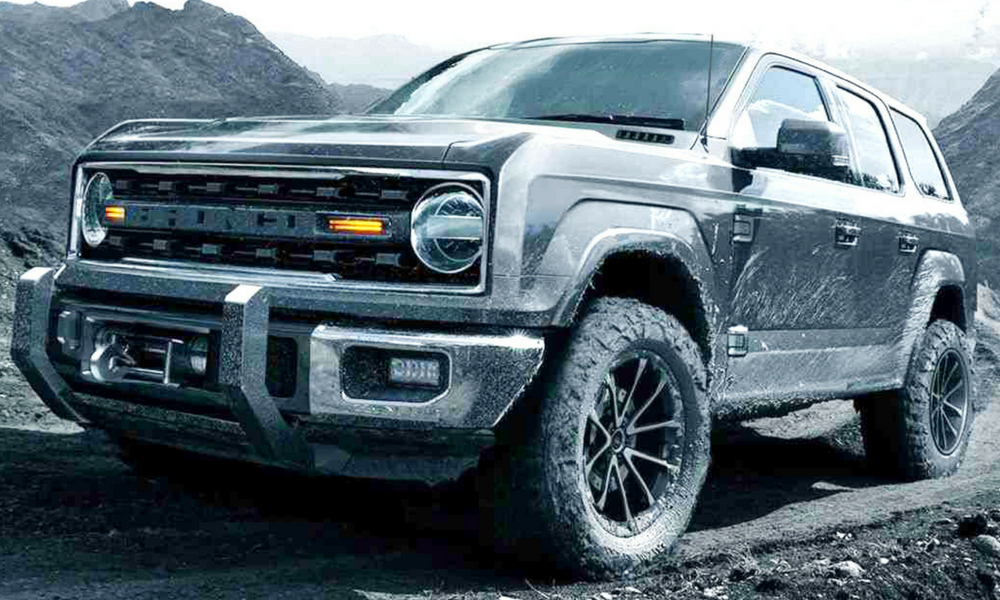 While GM brought back the Blazer as some sporty, low-to-the-ground crossover, Ford looks to be fully honoring the legacy of the Bronco name. It also is producing an SUV for people who like to play in the mud, which is exactly what everyone wants from a Bronco.

First, reportedly we’ll be able to get the Bronco with a manual transmission. There’s a reason why that’s available for the Jeep Wrangler: it offers greater control on the trail. This shows Ford gets who it’s making the new Bronco for: enthusiasts.

Also in the rumor mill is the use of 17-inch wheels with 33-inch tires. Off-roaders don’t have those just to look cool and intimidating, despite what the mall-crawler Jeep types might think. They have real use on trails, so Ford once again is zeroing in on people who will use the Bronco not to just look cool, but also to actually do things other than grab a macchiato.

Other leaked details include the strong possibility of removable doors, a removable/retractable roof, and even a modular grille that accepts a winch mount. Mules seem to have a short wheelbase and low overhangs, which also indicate this SUV is made first and foremost for off-roading.

One of the biggest questions is when the Ford Bronco reveal will happen? It’s likely that won’t happen until next year, so the first model year could be 2021. With many trucks and SUV debuting in Chicago, that show in February might be ideal, but we’ll see.

Continue Reading
You may also like...
Related Topics:Ford, Ford Bronco