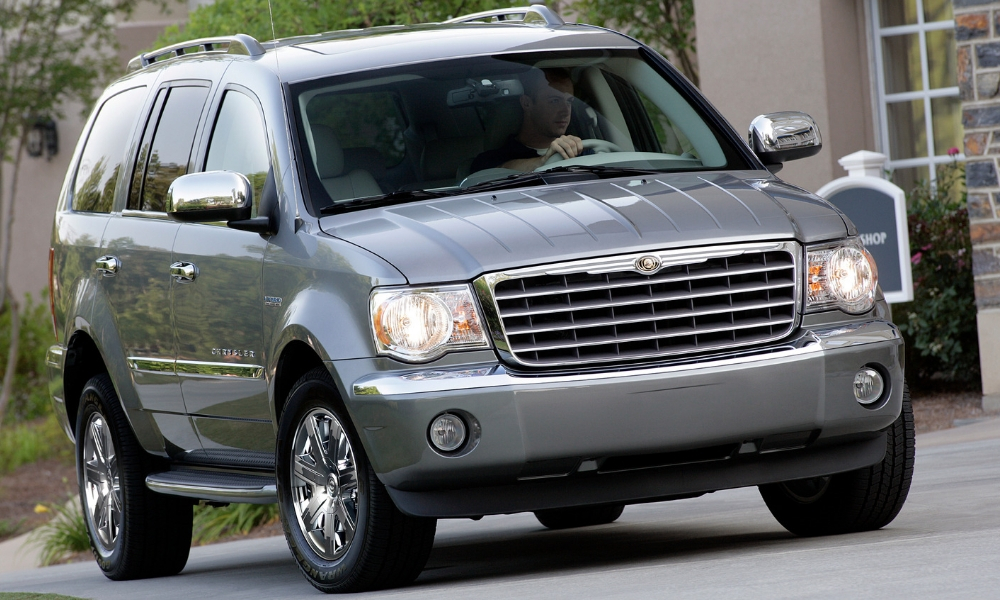 If you haven’t noticed, the Chrysler brand has been a little thin lately. The 200 sedan was axed, leaving the badly aging 300 sedan, plus the Pacifica minivan. While the latter has done fairly well sales-wise, the final Chrysler car is suffering in a market where people want SUVs.

The rumor that is circulating and seems believable is that Chrysler will get its own SUV. Chrysler hasn’t offered a single SUV since 2009, which was the final model year of the Aspen. In fact, some have thought FCA was winding down the brand based on that simple fact.

Allegedly, the new Chrysler SUV will be a marvel of badge engineering, like the Aspen which was a Dodge Durango. This time Jeep would be the donor, only the SUV would be the Chinese market exclusive Grand Commander. That makes sense, because the Grand Commander is no off-roader, but instead is more of a near-luxury soft crossover. Selling it in the U.S. as a Chrysler instead of a Jeep would fit brand images far better.

There have been spy photographs of the Jeep Grand Commander testing in the U.S. for almost a year now, seemingly backing up this rumor. For now all we have are rumors, but don’t be surprised if a new Chrysler SUV takes a bow at one of the upcoming car shows.