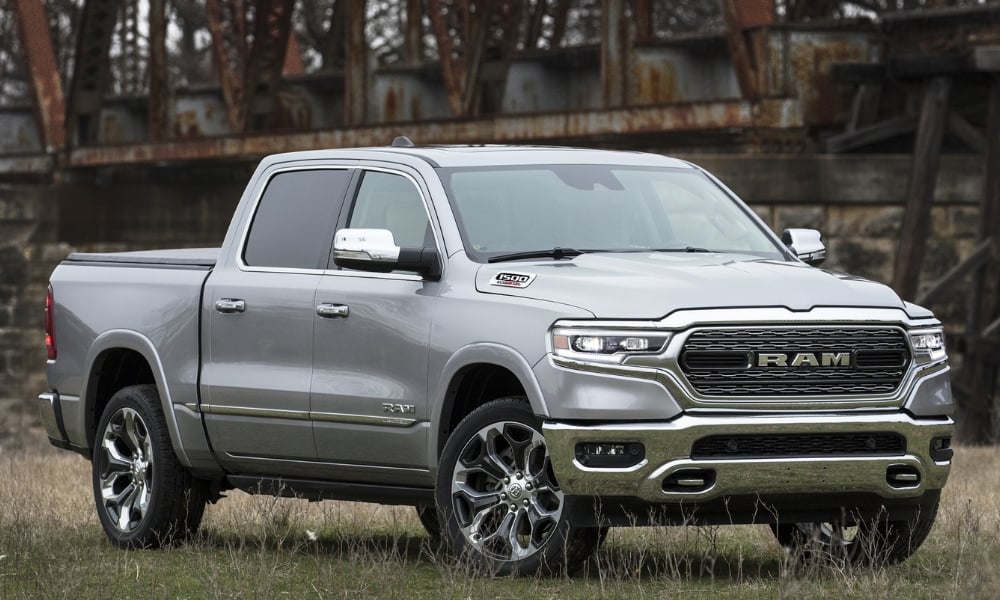 Not too long ago you’d be hard-pressed to find a half-ton truck with a diesel engine. Today, we have a full-on war raging in that segment. The latest news is Ram updated its 3.0-liter EcoDiesel engine, which used to be the only option for a half-ton pickup, pushing it beyond competitors for torque output.

Thanks to the updates, the Ram 1500 EcoDiesel now puts out a peak 480 lb.-ft. of torque. That’s 20 lb.-ft. more than the 3.0-liter Duramax inline-six diesel engine the Silverado 1500 produces, something GM announced not too long ago. It’s kind of a cruel move by Fiat Chrysler, if it was calculated, or just a really interesting coincidence if not. The revised EcoDiesel also outdoes the Power Stroke diesel for the Ford F-150.

While torque is great, for some people actual towing capability is more important. Ram claims the 1500 EcoDiesel can pull up to 12,560 pounds. That’s more than the 11,400 pounds the F-150 Power Stroke diesel can handle, and far more than the 9,700-lb. towing rating for the Silverado 1500 Duramax.

Of course, people will argue about these numbers and what the mean for some time. That’s just a given in the highly loyal and fierce half-ton truck market. If you’re interested in getting the updated EcoDiesel engine for the Ram 1500, it will hit in the latter part of 2019.