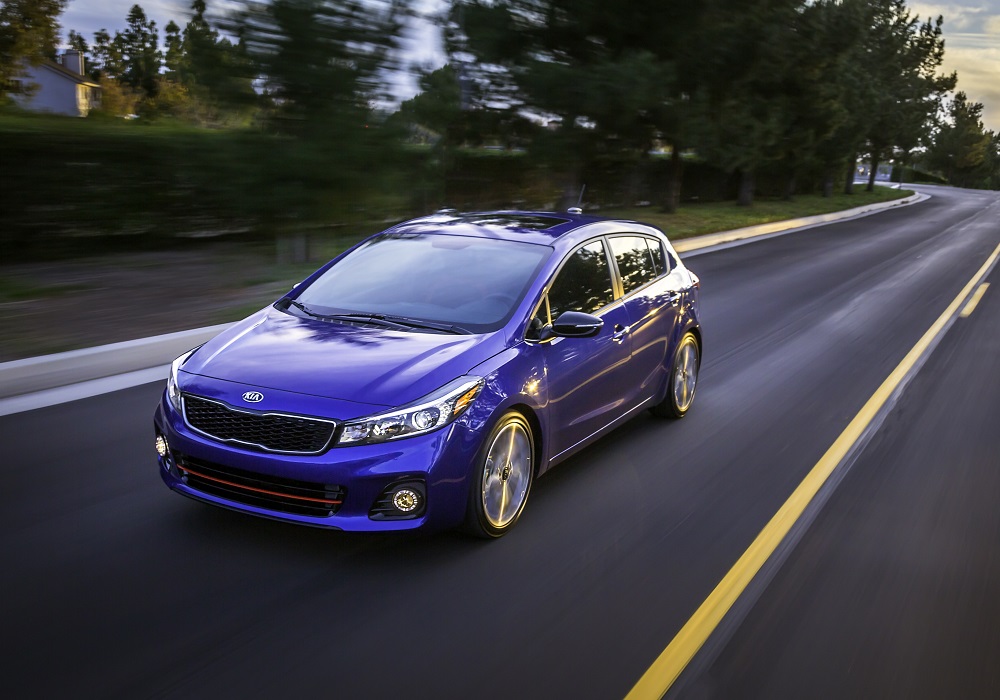 After a week in the 2017 Kia Forte5 SX, I found myself wondering exactly what this hatchback is. Is it a hot-hatchback that’s lacking? Or is it an overachieving family car for the gearhead parent?

Well, it’s both and neither at the same time. And that’s a problem — hence its not-so-hot sales.

From the outside, the Forte5 SX has a sharp new look that comes courtesy of a fairly significant refresh. Sadly, though, this new look is a touch too mature to really draw in any hot-hatch buyers. Sure, it has the sweet red stripe in the front air inlet, but that is far from enough to overcome its Optima-inspired looks.

Around back, the Forte5 hasn’t changed in what seems like a decade. Is it ugly? No, not at all, but it is really starting to show its age. Speaking of showing age, let’s talk about its cabin. Inside, the Forte5 is nice, quiet, and comfortable, but it’s looked the same for ages. It still has those silly ripples on the passenger’s side of the dash, the same instrument cluster, and the same, ridiculous fake carbon fiber surrounding the infotainment system. Seriously, Kia, did you think that looked cool?

But where the Forte5 SX truly excels is that fantastically tuned 1.6-liter turbocharged four-cylinder engine. This powerplant cranks out an impressive 201 horsepower at 6,000 rpm and 195 pound-feet of torque from as low as 1,750 rpm. The latter gives it a boatload of low-end grunt to launch from a dead stop. The weak link, however, is the dual-clutch transmission, as it tends to hesitate on launch — sometimes causing cheek-clinching delays — and has a dead spot at around 30 to 50 mph where the engine is singing but the car seems stuck in mud. I am usually a huge proponent of dual-clutch transmissions, but Kia’s take on it leaves a lot to be desired. Overall, though, at a starting price of just $23,800, the Forte5 SX comes with a slew of features and straight-line performance that comes close to hot-hatch territory. It’s a great value proposition for the gearhead who still needs to haul around the family on a budget.