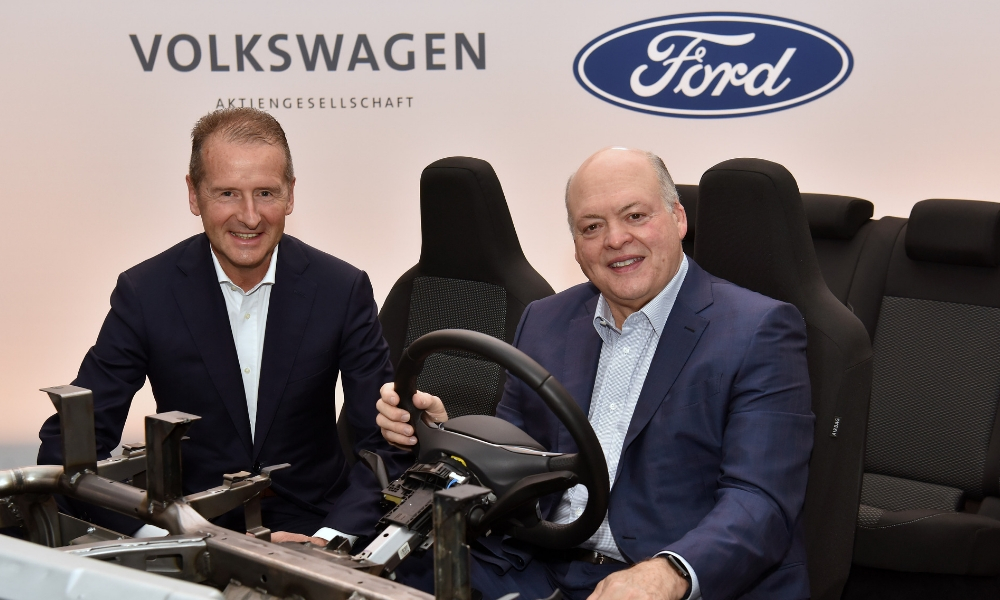 Too often we make sweeping statements about the impact a move in the automotive industry could have. But when it comes to the recent announcement of allied efforts between Ford and Volkswagen, those sweeping statements could hold true over time. What these two giant automakers are collaborating on could very well change the automobile fundamentally for the future.

While these two companies are already working on commercial vans and midsize pickups for Europe and elsewhere, their newest announcement from last week really mixes things up. Ford will use VW’s electric vehicle platform, called Modular Electric Toolkit (MEB), to release about 600,000 EVs for the European market.

By using the same platform, these two automakers could finally make electric cars affordable. There’s still the production cost of lithium-ion batteries to contend with, but this takes us a step closer to EVs hitting the mainstream.

The two companies have allied with self-driving company Argo AI, giving it more of a global reach. Ford has already been working with Argo AI for two years now, but now these two automakers own a majority of the tech company. For its part, Volkswagen will sink $1 billion into Argo AI and will make its Autonomous Intelligent Driving company based in Munich the European operation for Argo AI.

Of course, banking on the future is never a sure thing. But if this partnership between Ford and Volkswagen pans out, it could shift how cars run in the near future.