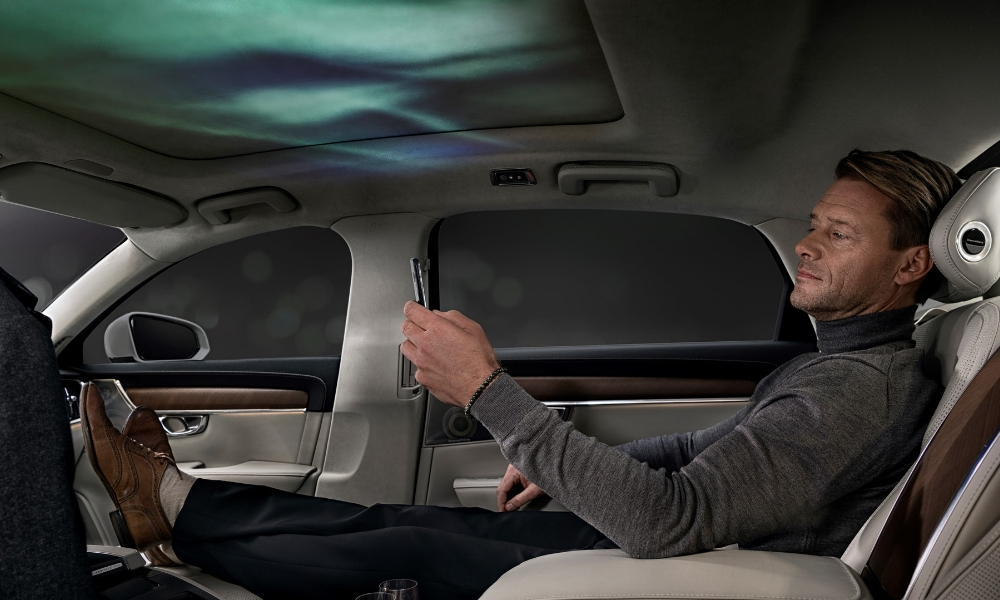 Leave it to the Swedes to make a luxury car that is supposed to help you be less materialistic. While that might sound like a contradiction, you should at least give the Volvo S90 Ambience Concept a chance, because it’s actually pretty cool.

The concept is made for people who are chauffeured, which is probably why the automaker debuted it at the Beijing Auto Show. Backseat passengers control all sorts of things in the car not with a fancy touchscreen panel or glass switchgear, but instead using a smartphone app. That’s a brilliant and very modern solution.

You can choose one of several ambiance themes, helping you to relax while being driven around. Among the options is Northern Lights, Scandinavian Forest, Swan Lake, Archipelago, Nocturnal, Freedom, and Rain. Images project on the headliner and the sound system plays accompanying audio for the full effect.

Usually concepts like this are just a thing of science fiction or dreams. Volvo says it’s serious about bringing it to market for the S90 Excellence. The Swedish automaker believes Chinese consumers will especially take to the option, providing them with a way to relax or feel invigorated while traveling through bustling metropolises.

Does such a vehicle make you less materialistic? That’s a matter of discussion on another website, but it is a departure from the champagne cooler offered in some ultra-luxury cars.

Continue Reading
You may also like...
Related Topics:Volvo, Volvo S90