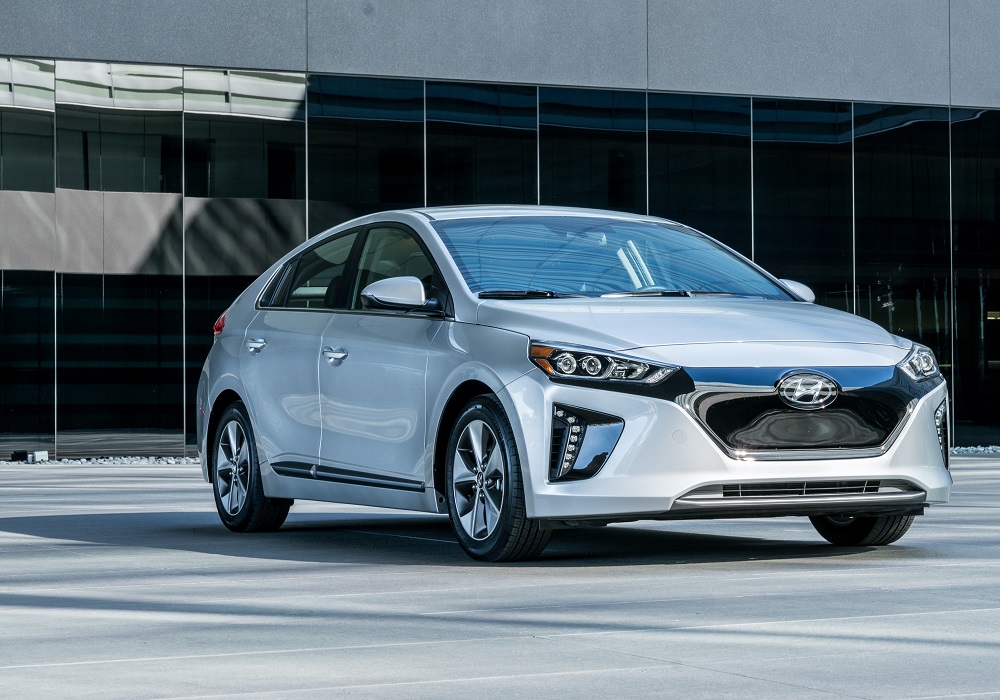 After much waiting, the Hyundai Ioniq Electric and Hybrid will roll onto showroom floors very soon. And with its arrival impending, Hyundai has finally revealed the last few details on the lineup, including its pricing.

The Ioniq Hybrid will hit the ground with a 1.6-liter four-cylinder engine and electric motor that pair up to deliver 139 horsepower and 58 mpg combined – the highest mpg number of a non-plug-in hybrid. The hybrid unit will mate to a six-speed dual-clutch transmission. Despite being so thrifty, the Ioniq Hybrid will start at just $22,200 for the Blue trim level. Moving up the line, the SEL trim will start from $23,950 and the Limited trim will check in at $27,500.

The Ioniq Electric will debut with an electric motor that cranks out 118 horsepower and 218 pound-feet of torque. The motor will pull its juice from a 28-kWh lithium-ion battery that will allow it to run 124 miles on a single charge. This equals out to an EPA-estimated 136 mpg-e, making it the most efficient electric vehicle in the U.S. The Ioniq Electric will start from $29,500 and rise to $32,500 for the Limited trim (before tax credits).

While the Ioniq Electric lacks the Chevy Bolt’s 238-mile estimated range, it is $7,995 cheaper, making it a great value. Heck, you can even get the range-topping Limited trim and still end up $4,995 cheaper in the Ioniq. Even more impressive is that the Ioniq Electric is over $1,000 cheaper than the Leaf, which bases from $30,680.

The Ioniq Plug-In Hybrid’s pricing isn’t available yet, as it will follow the Electric and Hybrid models by at least a few months. We do know that it’ll use a 1.6-liter engine and a 60-horsepower electric motor. The latter will use an 8.9-kWh battery to travel up to 27 miles on a charge.

More info on the official launch date for all three versions of the Ioniq will come later, so stay tuned.