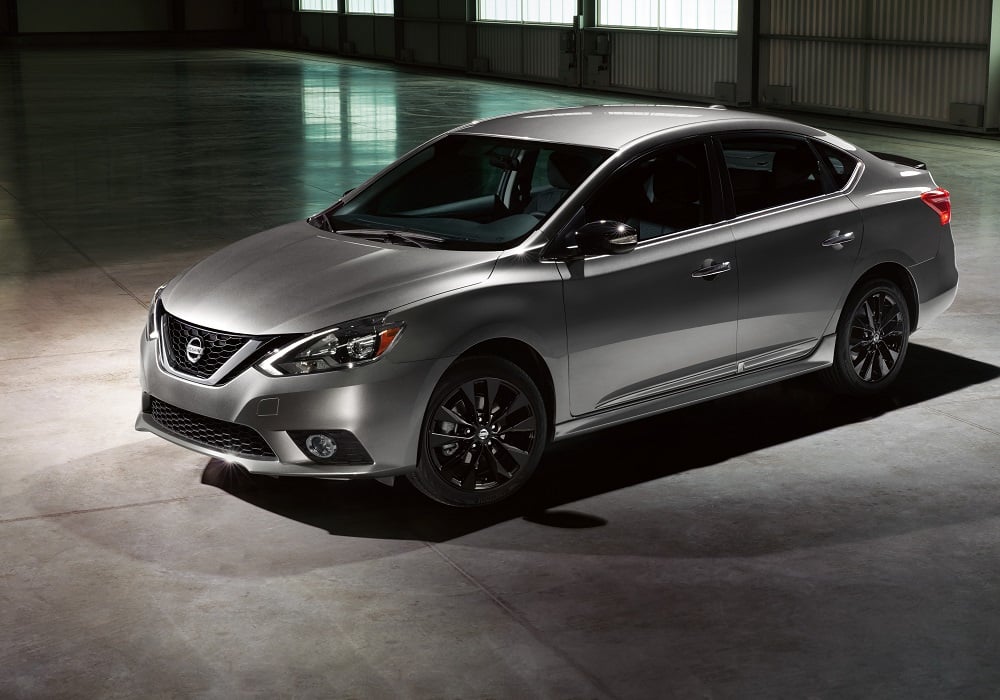 Nissan’s Midnight Edition debuted with the latest-generation Maxima SR and was a smash hit. In fact, of all Maxima SR sales, buyers opted for the Midnight Edition 85% of the time. So, it’s no shocker Nissan has decided to spread this package to five additional core models: Altima SR, Sentra SR, Rogue, Murano, and Pathfinder.

The Midnight Edition version of the Sentra is available on the SR and the sportier SR Turbo trims, and adds $490 to the MSRP, placing it at $20,480 and $22,480, respectively. It will add 17-inch Midnight Edition aluminum-alloy wheels, black mirror caps and rear spoiler, and optional Midnight Edition floormats. Buyers can choose from four colors: Red Alert, Super Black, Aspen White, and Gun Metallic. Nissan’s SUVs also get in the action, and it starts with the Rogue Midnight Edition, which is available in only the SV trim with four available colors: Magnetic Black, Gun Metallic, Pearl White, and Palatial Ruby. Included in this $990 package, which brings the total price to $26,230, are 17-inch Midnight Edition aluminum-alloy wheels, black mirror caps, roof rails, crossbars and splash guards, a rear bumper protector, illuminated kickplates, and optional Midnight Edition floormats. Finally, the Pathfinder Midnight Edition is available on the Platinum trim and adds $1,195 to the MSRP, putting the final price at $43,265. This package includes all the same bits as the Murano Midnight Edition plus illuminated kickplates and a chrome rear bumper. This model is available in four colors: Pearl White, Cayenne Red, Gun Metallic and Magnetic Black.

All Midnight Edition models, except the Rogue, are available now – the Rogue will arrive in March 2017.