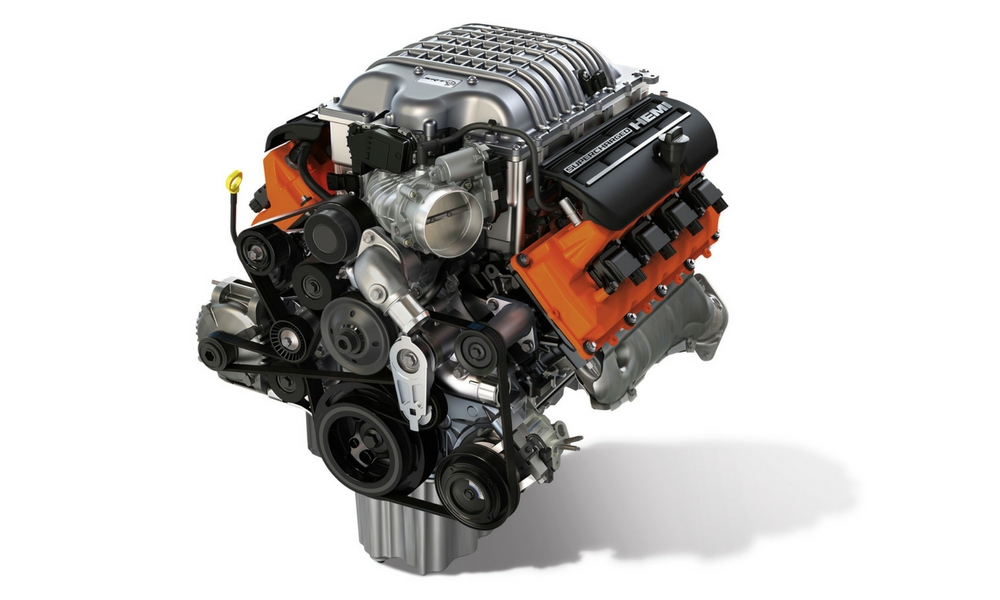 If you ever wondered how anyone could pack a little piece of hell in crate, Mopar has an answer. For SEMA this year, Mopar unveiled the Hellcrate engine, which as you probably guessed is a supercharged 6.2-liter Hemi V-8 crate engine kit.

That means you can drop 707 horsepower into your build of choice. Even if you could fit this monster in a kart, I wouldn’t recommend the risk. But this would be the perfect option for a crazy restomod. To prove that point, Mark Worman of Graveyard Carz will be showing off a 1970 Superbird Tribute that has a Hellcrate engine.

Now, you can Hellcat all the things, if you have the budget and time to figure out how to cram it into your build. It comes with most of what you’ll need for an engine swap, although a Frond End Accessory Drive Kit adds an alternator, power steering pump, belts, pulleys, and other essentials.