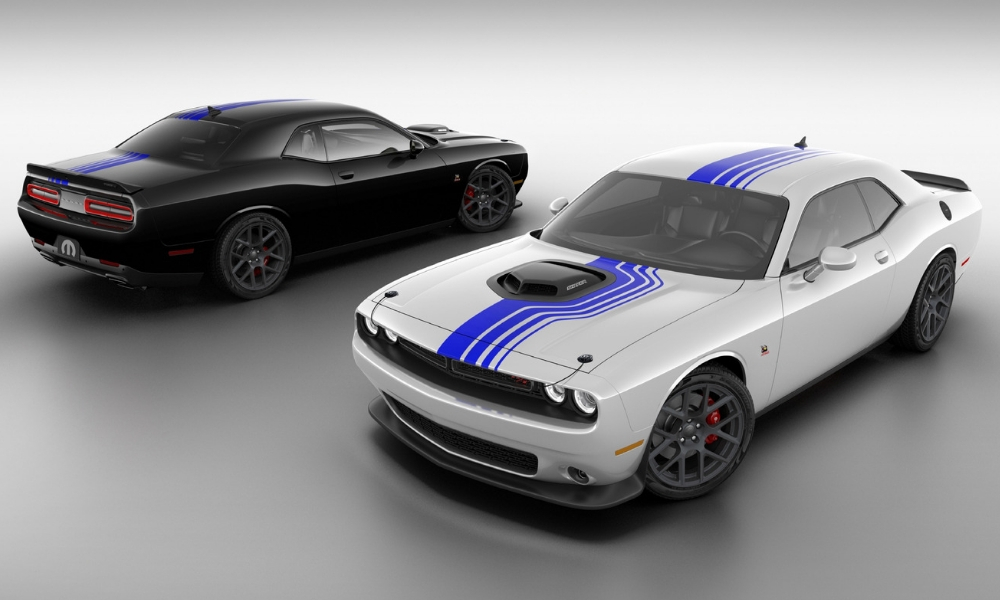 Mopar has thought up a logical way to celebrate a decade of factory-vehicle customization by creating a limited-edition and highly-customized Dodge Challenger. This car is hot and won’t last long, so if you want one you better act right now.

Using the 2019 Dodge Challenger R/T Scat Pack as a base, the Mopar ’19 Challenger gets a few more goodies you can’t get on other Challengers.

As for the interior, the front seats have a two-tone Mopar logo embroidered on the cloth. There’s a custom Mopar ’19 instrument panel badge. Berber floor mats and polished door-sill guards are also included.

While most of the enhancements to the Mopar ’19 are cosmetic, there are a few performance tweaks. Those include a Mopar cold air intake and strut tower braces, plus Brembo four-wheel disc brakes. Keep in mind the car already has the 392 Hemi V-8, and at 485 horsepower plus 475 lb.-ft. of torque the car is no slouch.

Also included with the car is an Owners Kit. It includes a “birth certificate” as Mopar calls it, which shows the exact date the vehicle was manufactured and the proprietary build number. A full-color Mopar ’19 booklet with your vehicle number engraved on it is also part of kit.