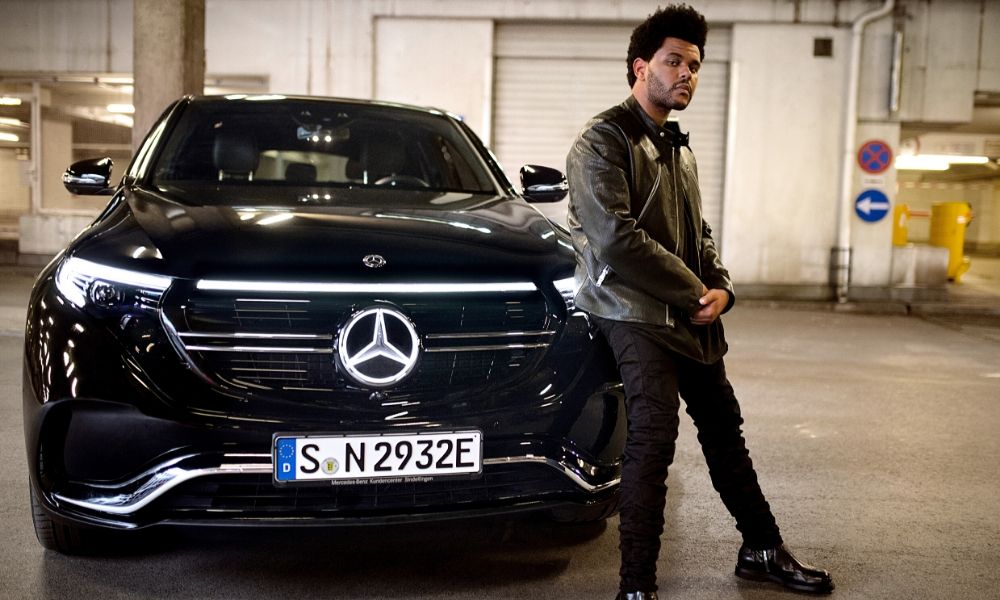 A new marketing campaign called “Enjoy Electric” was launched by Mercedes-Benz. It’s leveraging the star power of The Weeknd to build awareness of the EQC and the automaker’s electrification efforts. It’s a brand image push, and if you think that isn’t necessary for Mercedes-Benz, you’re not paying attention.

Also, if you don’t know who The Weeknd is, this marketing campaign obviously isn’t targeted at you. It’s really for hip Millennials who are the new shopping superpower in the automotive market, so get used to lots of commercials and such catering to them.

In this campaign, Mercedes-Benz takes a nostalgic look back at its storied roots. Shocking, I know, because the company never, ever goes on about things like the Silver Arrow or how it arguably made the first car. The Germans are really into beating dead horses.

A film that went live on Nov. 29 is at the center of this marketing campaign. In it, The Weeknd gets a notification via his smartphone app that his Mercedes-Benz EQC battery is fully recharged. Naturally, the film does not portray how long that takes, because that would be in fact bad marketing. It’s optimal to play to your strengths and downplay any drawbacks.