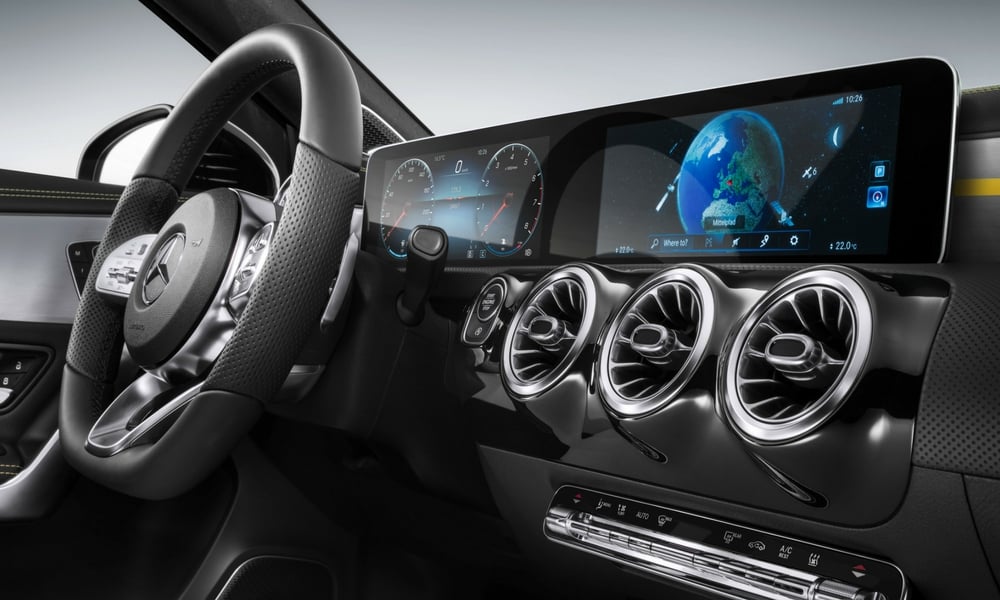 It’s not too early for excitement about the Consumer Electronics Show (CES) in Las Vegas next month. Mercedes-Benz is already chumming the waters by promising the reveal of “a completely new infotainment system in the guise of the Mercedes-Benz User Experience (MBUX)” at the show. That’s a big deal, and hopefully our expectations aren’t being built up for something disappointing.

What we’re supposed to get is an infotainment system that uses artificial intelligence. Again, that’s supposed to wow you, but remember that Windows computers have Cortana, a so-so AI, and iPhones have Siri. So yeah, that doesn’t mean this will be something that will blow everyone away.

The official press release has a lot of marketing speak, like how MBUX will “usher in a new era in terms of infotainment.” Let’s face it, most infotainment systems suck. Even making them marginally good will be a revolution.

After previewing MBUX in January, Mercedes-Benz says new compact models likely will feature it later in the year. That’s an odd move, because normally this kind of a thing would first be featured on something like the S-Class, and then trickle down through the rest of the lineup. Instead, Mercedes-Benz is giving the power to the masses. Let’s just hope that’s not a sign of it being a disappointment.

Continue Reading
You may also like...
Related Topics:automotive technology, Mercedes-Benz