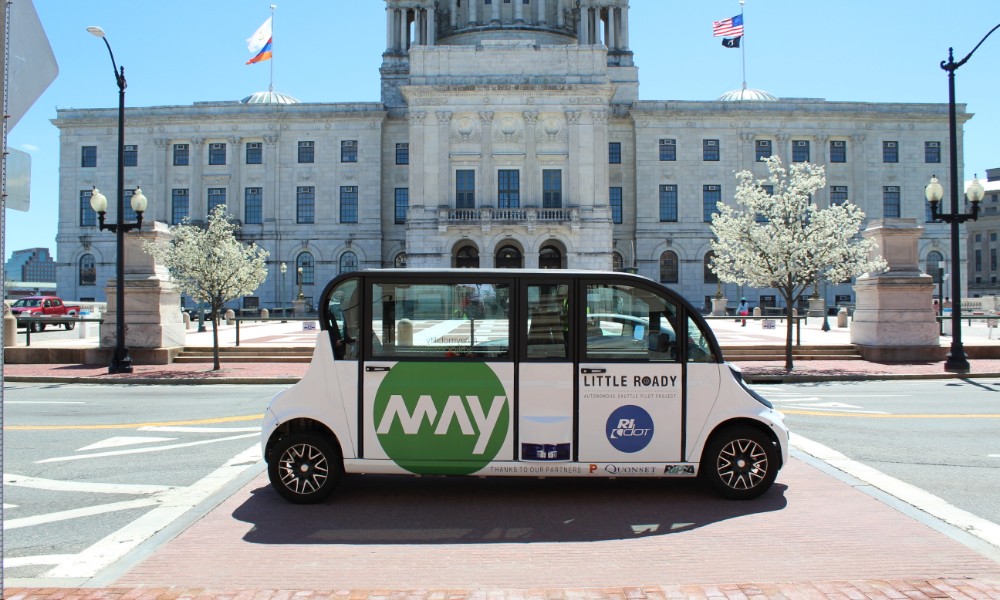 A new self-driving shuttle service has launched in Providence, R.I., thanks to Michigan-based May Mobility. Unlike the Uber robo-taxi service in the greater Phoenix metro, this new shuttle is available to the general public.

The six-seat shuttles transports people from Olneyville Square to the Amtrak station, which is six miles away. Since multiple people will be on the shuttle, it will stop at 12 designated spots along the route.

If the idea of getting on a vehicle that is being driven by a robot makes you feel nervous, relax. Since May Mobility is taking on all liability for the shuttles, each one features a human in the driver’s seat, just in case something goes wrong. So far it’s been nothing but smooth sailing.

Business is booming for May Mobility. Its first autonomous shuttle service was established in Detroit, followed rapidly by one in Columbus, Ohio and now Providence, R.I. Its fourth shuttle operation will launch in Grand Rapids, Mich., this summer. Don’t be surprised if more cities jump on the bandwagon as they look for flexible transportation solutions.

May Mobility is at its core an autonomous transportation company. It’s working on safer and more convenient ways for people to get from one point to another. This latest shuttle service is just one example of how the company is working with cities to transform how people get around.