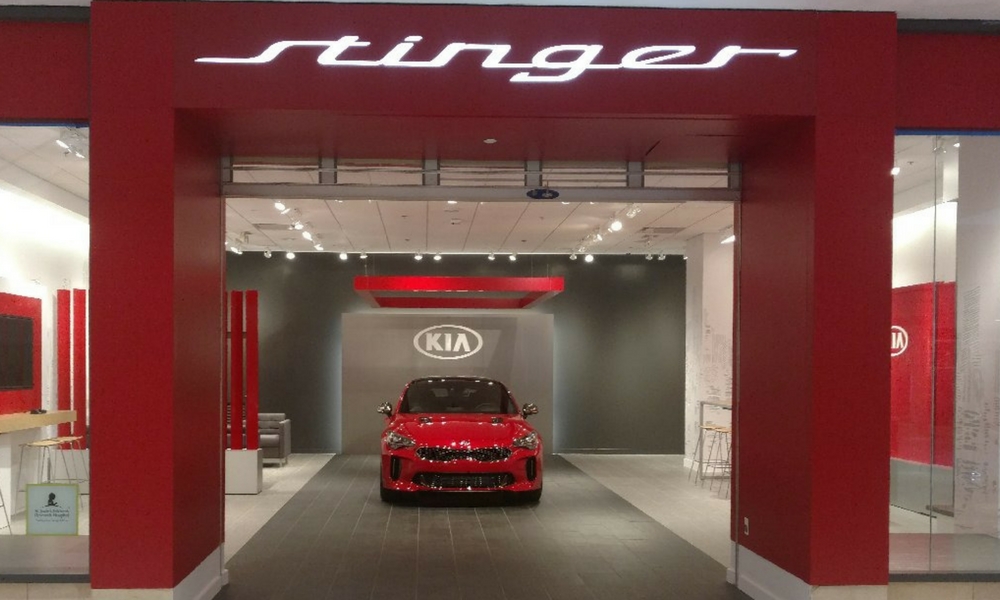 What do you do when you’re marketing a revolutionary car the public at large doesn’t know exists? If you’re Tesla, you set up storefronts in shopping malls, complete with an uber-chic vibe. Kia’s doing the same thing, only to make people aware of the Stinger.

Make no mistake, the Stinger is a big turning point for the Korean automaker. But don’t expect Bimmer fanboys or others to swoon over the car. They won’t even give it a chance, and thankfully Kia seems to get that. So instead of wasting time trying to convert the purists, it’s reaching out to your average American shopper.

These Stringer Salons, as they’re being called, are set up to educate people about the car. Your average American dreads stepping foot in a dealership, so visiting a cool store in the mall is way more inviting. So far, Kia’s dipping its toes in the water by opening three of these salons in Maryland, Illinois, and New York. More are in the works, including two in the ultra-critical California market.

The idea is if people just spend some time looking at the Stinger, their perceptions of Kia will shift. You never know, these could pump up sales of other Kia models, because the Stinger is a halo vehicle. And maybe other automakers will start copying this trend started by Tesla, because it’s a good idea.