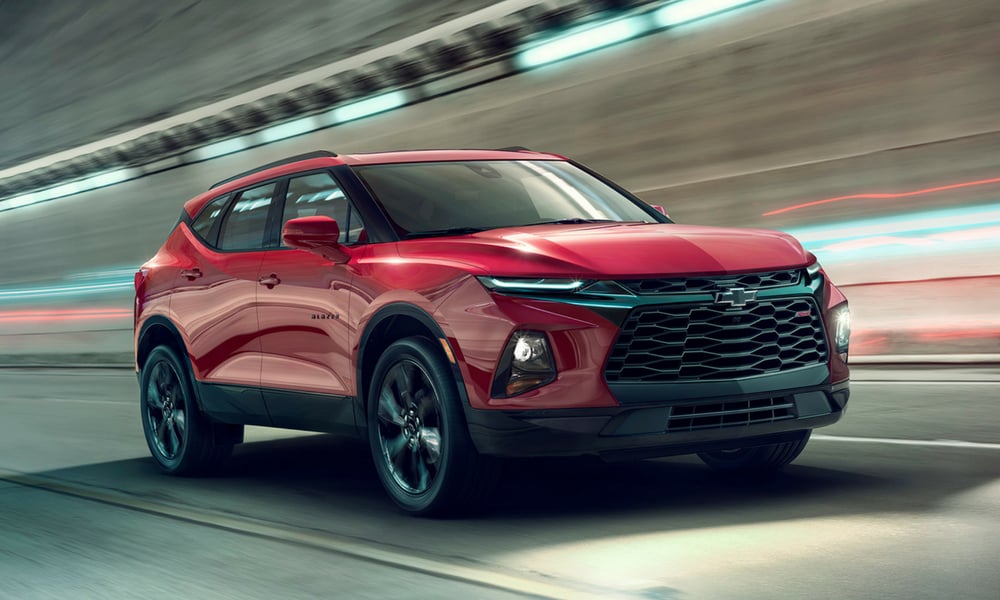 If you were hoping the new Blazer would be like the old one, just look away right now. What we have for the 2019 return of the legend is a sleek, unibody urban cruiser. It won’t be hitting any hardcore trails and it won’t be reigniting the rivalry with the Ford Bronco. But, it will haul the kids and their soccer balls to practice quite well.

In true crossover fashion, Chevrolet is offering the new Blazer with standard front-wheel drive, with all-wheel drive optional. It also comes with all the latest technology to keep you distracted from the road, plus safety systems to squawk at you before the vehicle crashes. Some might point out that there are plenty of family-friendly crossovers that wear the famous bowtie. It’s true, and there are few trail-worthy vehicles that do, but GM brass obviously thinks this is what consumers want.

Here’s the thing: it seems like old GM isn’t really, truly dead. Old GM had a problem with making too many vehicles that were alike, and they would compete against each other. Well, surprise — GM is at it again! The new Blazer fits five and is slightly larger than the Trax. But according to the press release, it has more “attitude,” so that totally justifies its existence. Pretty much, this is a case of GM stating that it thinks consumers are really dumb, without it explicitly saying so. I guess we’ll see if GM is right or not.