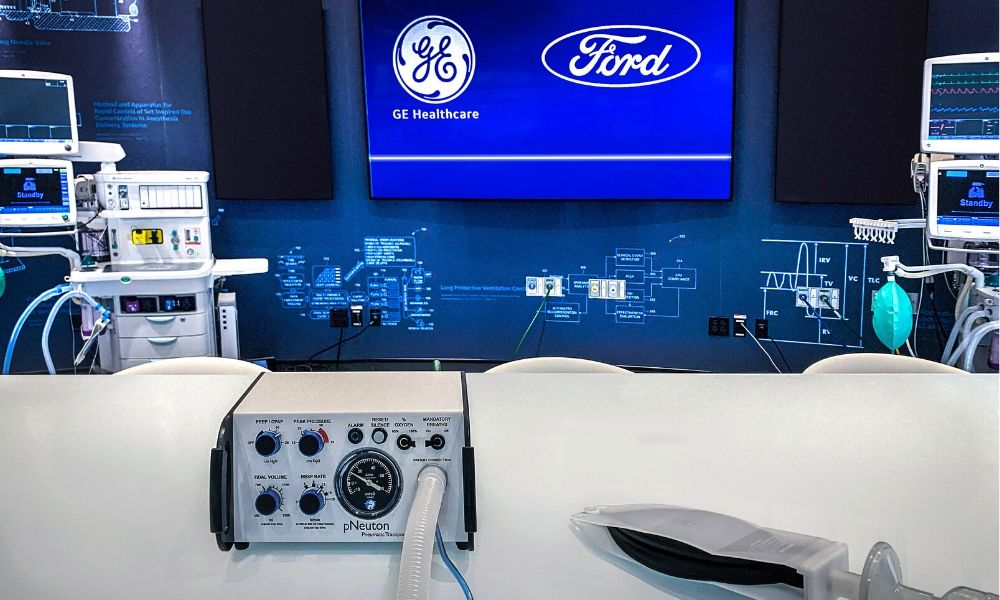 As COVID-19 cases increase and spread across the United States, Ford Motor Co. has revealed an aggressive plan for ventilator production. The automaker has teamed up with GE Healthcare and is using the design of the Airon Corp’s A-E ventilator to get things rolling quickly.

In 100 days, Ford predicts it will whip out 50,000 ventilators. The automaker also claims that after that initial ramp-up, it will be able to produce 30,000 ventilators each month for as long as needed. Considering each of those ventilators could potentially save a life, that’s phenomenal.

The genius design of the A-E ventilator means it can operate without using any electricity. Instead, it works using only air pressure, a huge advantage for states as officials establish temporary hospitals.

While these ventilators might not be what some COVID-19 patients need, they’re supposed to be sufficient for most. In addition, Ford is working with GE Healthcare to spike production of GE Healthcare ventilators, which will address the needs of other patients.

The White House has praised the rapidity of Ford and GE Healthcare’s response. This comes on the heels of the Trump Administration leveling harsh words toward the Big Three automakers while evoking the Defense Production Act.

Ventilators will be produced pretty much around the clock at the Ford Rawsonville plant in Michigan. The first should be coming off the line the week of April 20.

Continue Reading
You may also like...
Related Topics:coronavirus, Featured, Ford