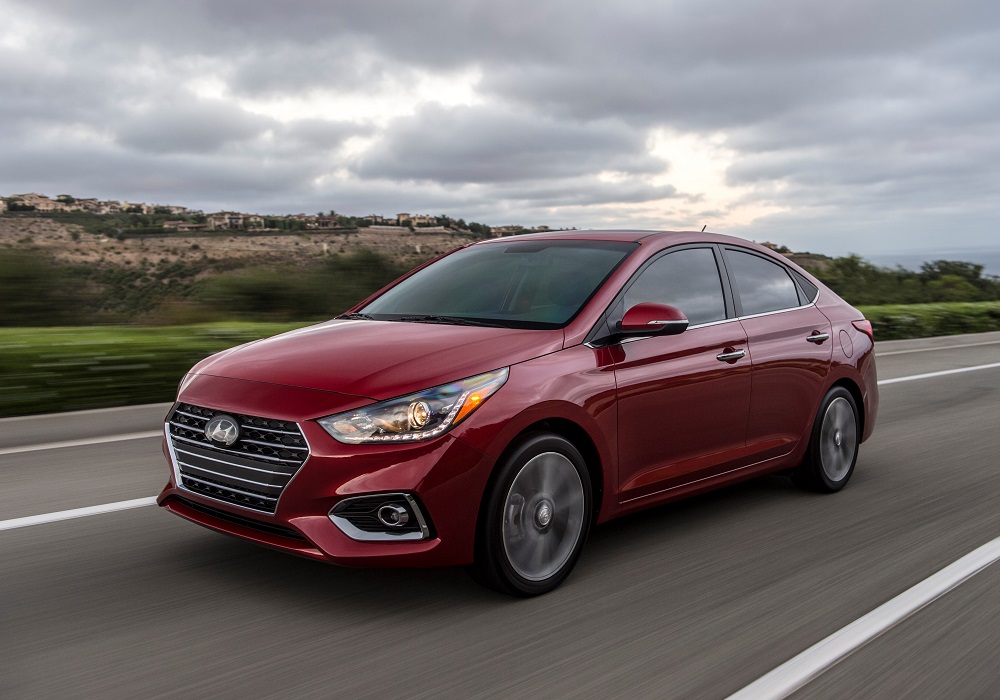 Earlier this month, Hyundai teased us with a little glimpse of the new Accent. Now, we get the real deal, as it made its debut at the Orange County International Auto Show, and it’s pretty much what I expected it to be. Oddly enough, Hyundai introduced only the sedan version at this time — I assume the hatchback will come later.

Visually, the 2018 Accent finally picks up the new Hyundai design language, including the sharp body lines, the cascading grille, and revised lighting, which includes wraparound LED taillights. It is also a good bit larger than the fourth-generation model. Its 172-inch length is 0.6 inches longer, its 66.9 inch width is 1.2 inches wider, and its 101.2-inch wheelbase is 0.4 inches longer.

Inside, everything is all new as well. The design, while still very much economy minded, is more upscale than before. It includes more premium materials throughout and the addition of more soft-touch points to deliver that higher-end feel.

Inside, the 2018 Accent sedan will boast more room than before. Its passenger area will offer 90.2 cubic feet of room, and its trunk will deliver 13.7 cubes of luggage space. Altogether, the Accent’s interior volume grows to 103.9 cubic feet, besting the Fiesta and Yaris iA by 6 cubic feet and 4.5 cubic feet, respectively.

In IIHS safety testing, the fourth-gen Accent struggled with the small-overlap and side tests, but Hyundai hopes to have this fixed with its improved front side members and inner side sills. It’s also increased the front crumple zone, upgraded the airbags, added reinforcements around the vehicle, and more. It also has a wide array of available safety features, including emergency forward braking and a standard rearview camera.

Under its hood, Hyundai was as predictable as ever, retaining the Accent’s 1.6-liter four-cylinder engine but dropping its power to 130 horsepower and 119 pound-feet of torque — reductions of 7 horsepower and 4 pound-feet. However, it did improve the engine’s powerband to make this power drop less noticeable. Buyers can pair this engine to either a six-speed manual or a six-speed automatic transmission. Hyundai expects an overall fuel-efficiency enhancement of 7 percent, which would put it around 32 to 33 mpg combined. Pricing isn’t available yet, but Hyundai plans to have the 2018 Accent to dealers in fall 2017.

Continue Reading
You may also like...
Related Topics:Accent, Hyundai, Sedan