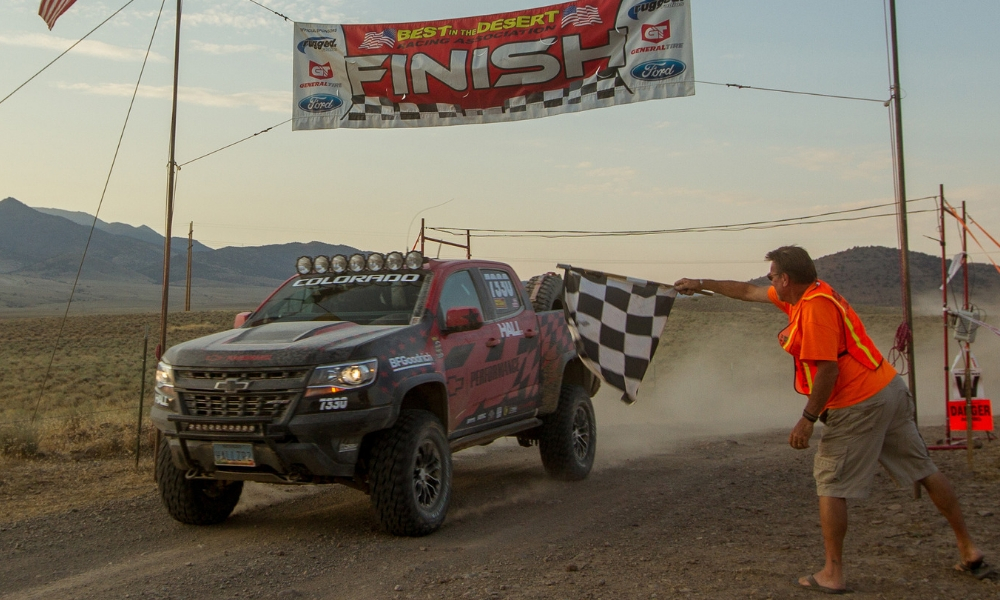 Chevrolet Performance wants you to get a Colorado ZR2 and take it racing in the desert. Perhaps to combat the upcoming Ford Ranger and its rumored onslaught of accessories, plus the likes of the Toyota Tacoma TRD Pro, 15 new race-proven components promise to turn your truck into the star of a YouTube video about off-roading fails.

Multimatic and Hall Racing worked with Chevrolet Performance to engineer these different components. Racer Chad Hall used them on his Colorado ZR2 since last year in the Best in the Desert series as part of the development and validation stages.

Among the new components is a set of Multimatic DSSV dampers, plus Multimatic Front Long Travel DSSV Shocks for up to 15 percent more front suspension travel. In the rear, suspension travel increases by up to 10 percent. The suspension also gets a 1-inch lift, while the body gets lifted 1.5 inches.

You can also get front and rear jounce shocks for big suspension hits. Reinforced steel drive shafts, half shafts, and tie rods do better at the punishing nature of high-speed off-road runs. The different parts will be available by early 2019 either individually or as a package. In other words, you’ll see them on a truck in your local mall parking lot by Valentines Day.

According to Chevrolet Performance, these accessories help with high-speed desert running without sacrificing low-speed trail performance. If so, that’s a big benefit over getting a Raptor.