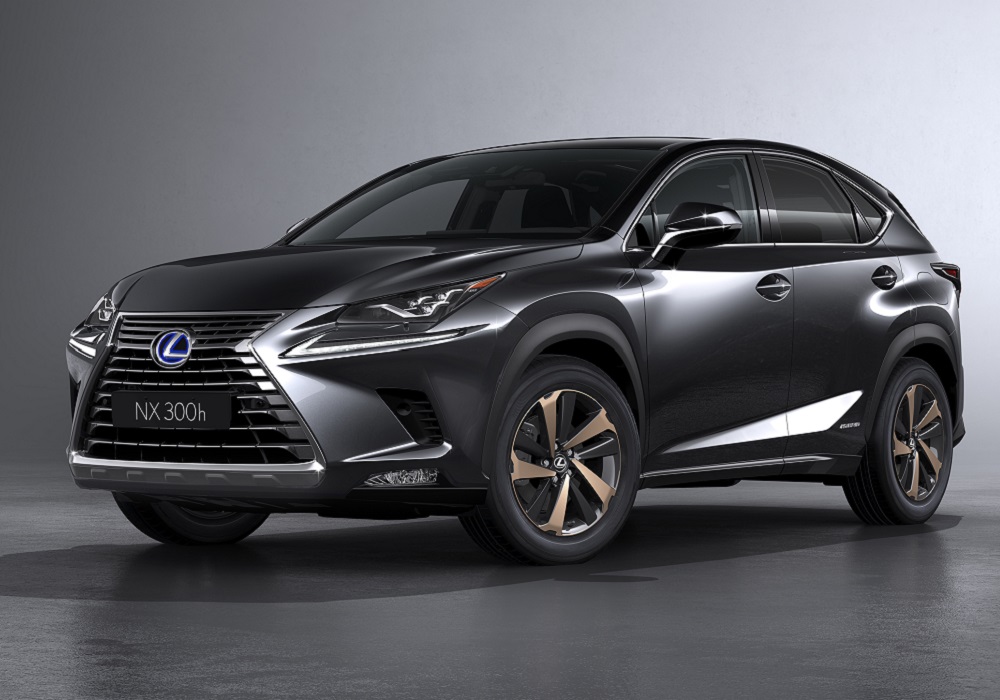 The crossover market is the hottest it’s ever been, especially in the luxury segment. It’s become so popular that even Bentley, Porsche, Jaguar, and Alfa Romeo have gotten into the crossover market, and even more are in the works. To help guide you through the endless parking lots of soft cowhide and the latest gizmos, we’ve picked our favorite luxury crossovers for 2018.

Dominating our list is Volkswagen Auto Group siblings Porsche and Audi, as well as Toyota’s luxury arm, Lexus. Which is the best of these brands? Continue reading to find out. The 2018 Audi Q7 is not only one of the best luxury SUVs on the market, but it’s also one of the best SUVs, period. Some of its highlights include its slick eight-speed transmission, handling in routine driving situations, braking, cabin noise, and front- and rear-seat comfort. It also receives high marks in its ride quality and driving position.

Under its hood, the 2018 Q7 has a pair of engines to choose from. Its base engine is a 2.0-liter turbocharged four-cylinder that produces a respectable 252 horsepower. For those in need of more oomph, there is the optional 3.0-liter supercharged V-6 engine that cranks out 333 horsepower. Regardless of the engine, the Q7 comes standard with Quattro all-wheel drive.

Additionally, while it’s not overly comfortable or roomy, the Q7 does have an available third row, bringing its passenger capacity to seven. Additionally, it can hold 35.5 cubic feet of cargo room to go along with a very useful 7,700-pound towing capacity.

There isn’t much not to love about the Q7, but accesing the third row is not easy.

Although the 2018 Q7’s $49,900 starting price is higher than others on this list, it’s significantly roomier than the rest, making it a relative value. Next on our list is the peppy and more performance-oriented Porsche Macan. This and the Q3 could easily be interchanged, but the added sportiness of the Porsche gave it the edge in our opinion. Some of the shining areas for the Macan, according to Consumer Reports, is its owner satisfaction, acceleration, everyday handling, braking, interior noise, and front-seat comfort.

The Macan has a few engines available, like most Porsche models. It’s base engine is a 2.0-liter turbocharged four-cylinder with 252 horsepower. The next engine up is a turbocharged 3.0-liter that produces 340 horsepower. Topping the range is a 400-horsepower 3.6-liter turbocharged V-6. All three engines route their power through a seven-speed dual-clutch transmission and out to all four wheels. On top of being quick in a straight line, it is also quite competant in the twists, especially as you move into higher trims.

The Macan is wonderful, but it is not perfect. Its 29-cubic-foot cargo area leaves a bit to be desired, its rear seats aren’t the easiest to slide in and out of, and its ride is a touch stiff for some.

Finally, its $47,500 starting price puts it pretty high up the list for such a small vehicle. The Audi Q3 comes in as our third favorite luxury SUV. Some of its best qualities include its predicted reliability, slick transmission, emergency handling, ride quality, climate control system, and highway fuel economy.

Powering this German SUV is a 2.0-liter turbocharged four-cylinder with 200 horsepower, leaving it a bit behind our top two in performance. In fact, it’s a full two seconds slower to 60 mph than the Macan.

Pulling the Q3 down our list, other than its iffy straight-line performance, are its downright terrible headlights and its teeny-tiny 24-cubic-foot cargo area. The Q3 does make up for some of its shortcomings with an affordable $32,900 starting price and plenty of premium features. The Lexus RX pulls in at No. 4 on our list, but it still has plenty of good stuff going for it. Some of its highlights include its owner satisfaction, acceleration, transmission, ride quality, interior noise, and front-seat comfort. It also gets decent marks for its rear-seat access, interior fit and finish.

Some of the sore spots on the RX include its clunky infotainment system, its relatively small-for-its-class cargo area, and its everyday handling.

The RX comes in a few versions. The RX 350 carries a 3.5-liter V-6 with 308 horsepower. Optionally, buyers can go with this hybrid model that pairs a 3.5-liter engine with an electric motor to produce 295 horsepower. The latter really excels in fuel economy for its class at up to 30 mpg combined.

With a starting price of just $43,120, the RX delivers plenty of value, but it does get dangerously close to the top-rated Q7, which could make it a tough choice for some buyers.

Rounding out our list is yet another Lexus, but this time it’s the smaller NX. This small people hauler has a handful of great features, including its smooth transmission, above average everyday handling and braking, and intuitive climate control system.

With a starting price of just $35,985, the NX is a decent value, especially with its turbocharged four-cylinder, but it may be a justifiable premium over the Audi Q3.