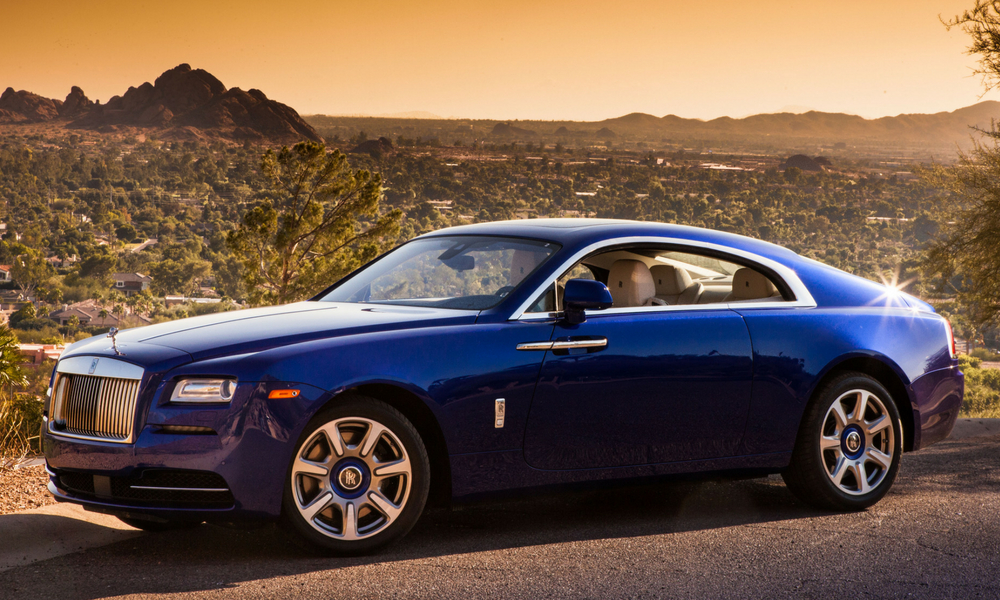 There are few cars that rival Rolls-Royce when it comes to opulence, grace, and bragging rights. Driving one, or being driven in one, is a sign that you’ve really made it in life — at least in certain circles. At over $300,000, the Wraith certainly is a vehicle for the 1 percent.

Not only does the Wraith have a crazy-high price, it comes packed with some insane features. After all, if you pay that much for a car, it needs to go beyond heated and cooled seats. While the fact a coupe has suicide doors is pretty interesting, there are other details that really kick up the crazy factor several notches.

1. Keeping You Dry On the Go 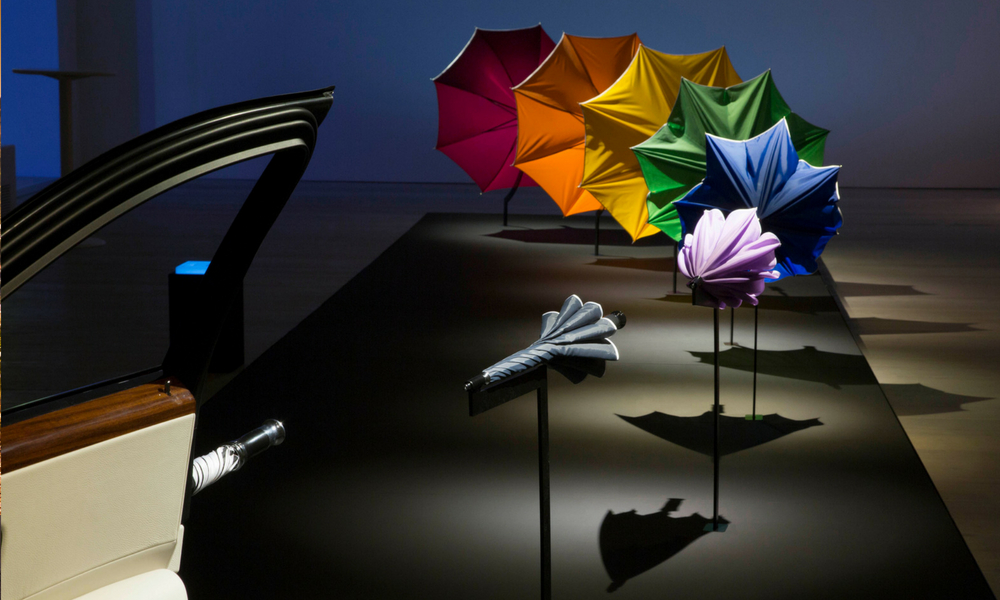 Nothing’s worse than heading out when there’s not a cloud in the sky, then arriving somewhere as a torrential downpour fires up. It’s even worse if you’re parked a few blocks from your destination, meaning walking in the rain is on the menu. After all, who always has an umbrella in their car?

Rolls-Royce came up with a simple and clever solution for the Wraith: umbrellas that slide into the doorjambs. It’s a great way to ensure that no matter what the weather does, you’ll stay dry. 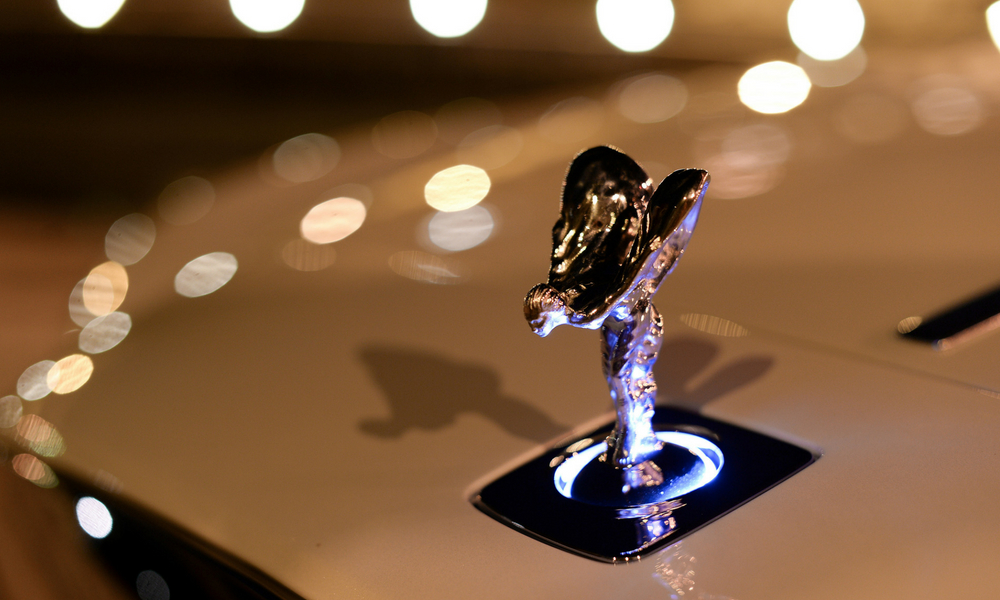 If you haven’t tried pricing out what the hood ornament for a Rolls-Royce — called the Spirit of Ecstasy — sells for, it’s not exactly cheap. Stealing one is pretty easy, but engineers came up with a cool solution for the Wraith.

Instead of sitting out where anyone could pry it off the hood, the Spirit of Ecstasy on the Rolls-Royce Wraith sinks down below the hood, a plain cap popping up in its spot. When you turn the car back on, the hood ornament rises up again, so you can enjoy a design feature most automakers have long since abandoned. If someone thinks they’ll swipe the Spirit of Ecstasy from the hood of an idling Wraith, that still won’t work. If you apply much force to the ornament, it suddenly and forcefully retreats, just like when you shut the engine off. 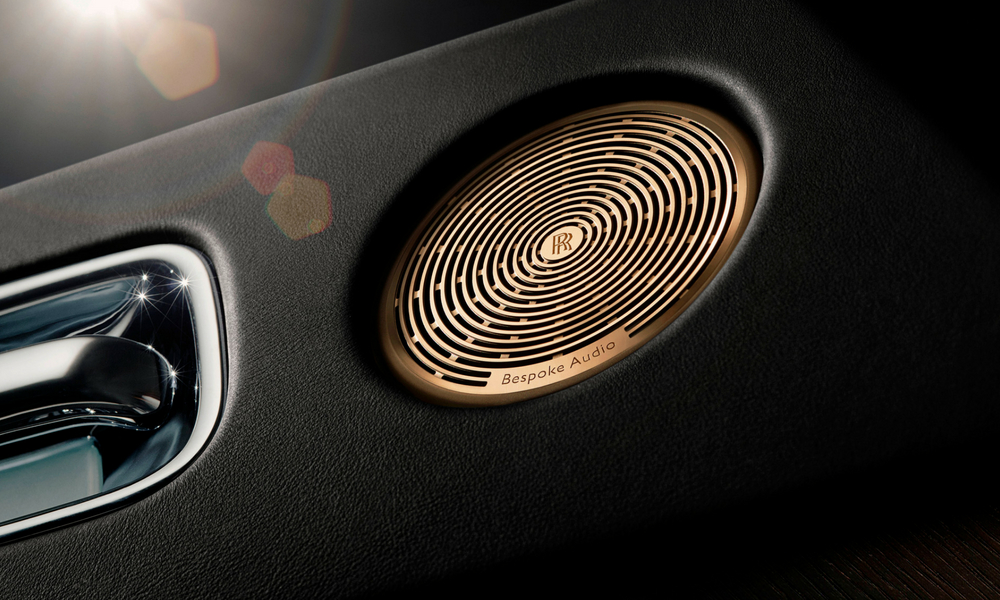 With most cars, upgrading to the nicer sound system comes with maybe a $1,500 price bump. But, if you’re ordering a Rolls-Royce Wraith and opt for the Bespoke Audio system upgrade, you’ll pay an additional $9,650.

It’s an impressive system with 1,300 watts and 18 channels, plus 7 each of midrange speakers and tweeters, 2 subwoofers, and a pair of “exciter” speakers. That’s 18 speakers in total, which isn’t too shabby. To get the setup just so, interior designers from Rolls-Royce and the chief audio engineer of Bespoke worked tirelessly for two years to fine tune every detail. That included embedding those “exciter” speakers in the headliner. Needless to say, the sound quality is pretty impressive.

4. Ambiance Under the Stars 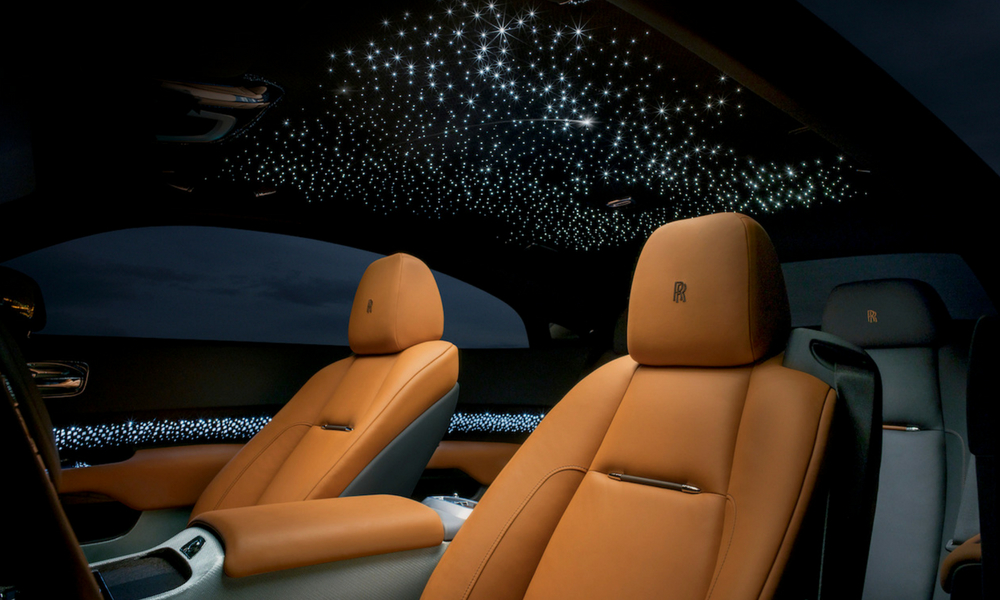 Who says you need a panoramic glass roof to check out the stars at night? After all, if you’re in the city all that light pollution filters out most of those brilliant points of light in the sky. With the Wraith you don’t need to worry at all.

The car’s headliner can feature 1,340 fiber optic simulated stars you can turn on whenever. Amazingly, those fiber optics are all woven into the headliner by hand, so there’s some serious effort put into this option. Of course, the dramatic ambiance is best after the sun goes down, transforming the car’s interior into a nice outdoor space, complete with soft leather upholstery. 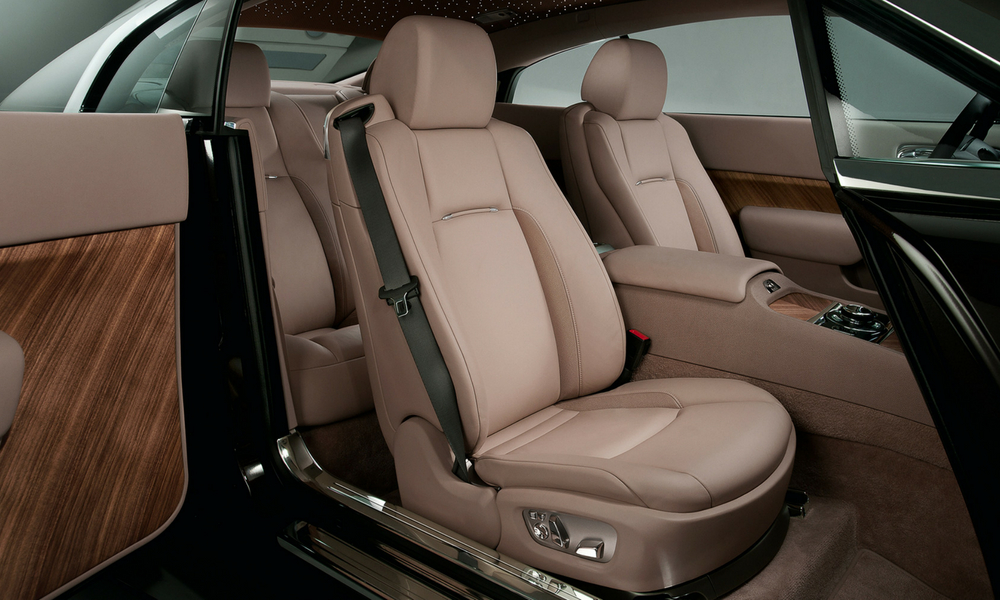 In the old days, luxury cars had wool carpeting in them. That’s far more amazing than the nylon or other manmade fibers you find in most vehicle floor coverings today. And while Rolls-Royce could do that for the Wraith, it would be too expected and not nearly luxurious enough.

Instead, the floor mats are made of real combed shearling sheepskins. Don’t wear your muddy shoes in the car, because it’s much better to throw them in the trunk (in a bag, of course) and just dig your tired toes into all that warm English wool, with a soft layer of skin at the bottom. 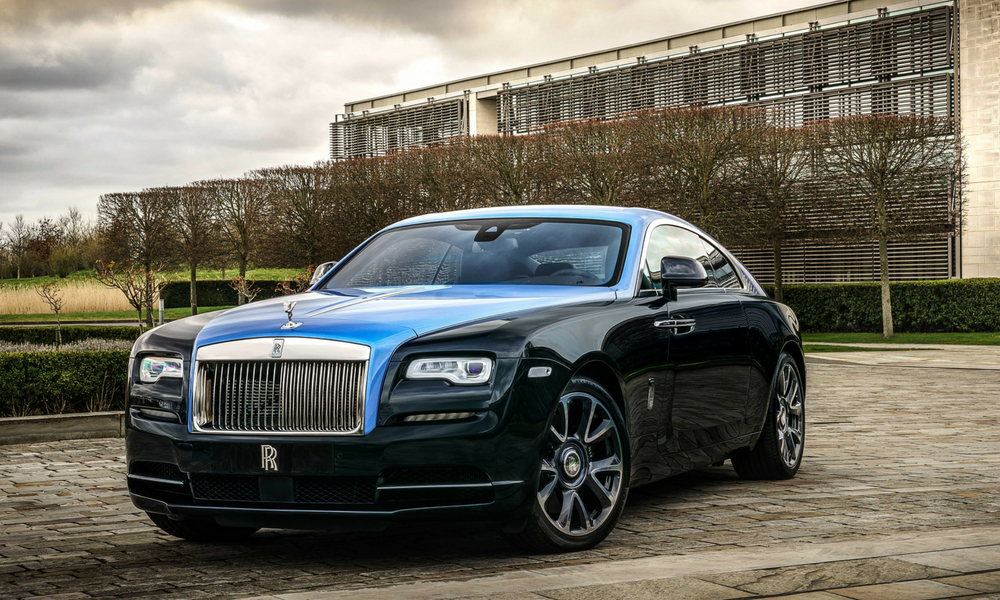 It used to be that having night vision goggles was something reserved only for well-heeled paintballers and militias stockpiling for the zombie apocalypse. The tech isn’t exactly new, but using it in cars is still a pretty avant-garde thing. While you can get night vision in a handful of other cars, the Rolls-Royce Wraith is the only one to bundle the tech into the standard features list.

7. Most Powerful Rolls-Royce Ever Made 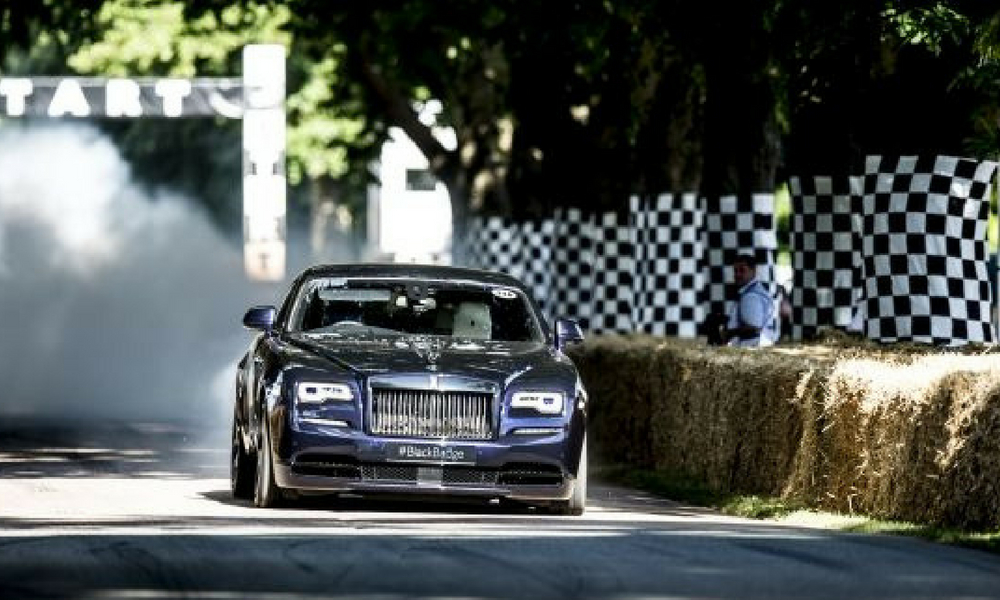 You wouldn’t expect a car that tips the scale at over 5,000 pounds to be quick, but the Rolls-Royce Wraith can spring with some of the best of them. That means your chauffeur better put on his best driving gloves when you’re late for the polo match at the club, because it’s on.

The twin-turbo 6.6-liter V-12 engine kicks out a monstrous 624 horsepower and 590 lb.-ft. of torque. This is the most powerful Rolls-Royce car ever made. That engine is good enough for a 0-60 sprint of just 4.4 seconds. To get that much metal and leather moving that fast is pretty insane, to say the least. Oh, and the car still gets an estimated 28 mpg on the highway. Not too shabby. 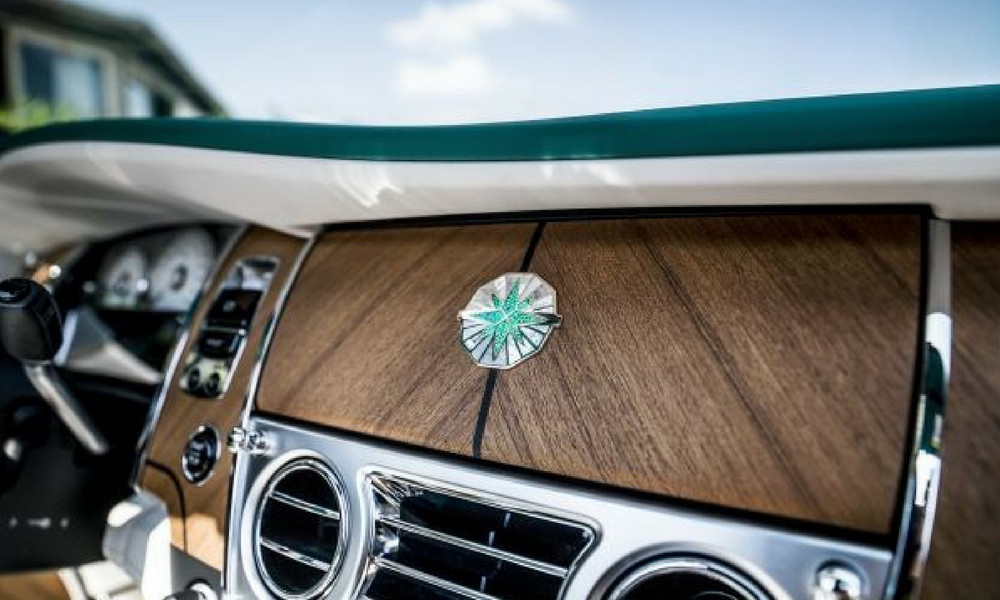 Rolls-Royce doesn’t work that way. Instead, each piece of wood is hand-selected and crafted so the grain lines up with or complements any adjoining pieces of wood. The grain also is set to run at a 55-degree angle exactly. On top of that, the adjoining pieces in the center consoles intersect so they point toward the front of the car, because pointing to the back is wrong. This detail will make your OCD self feel at ease. 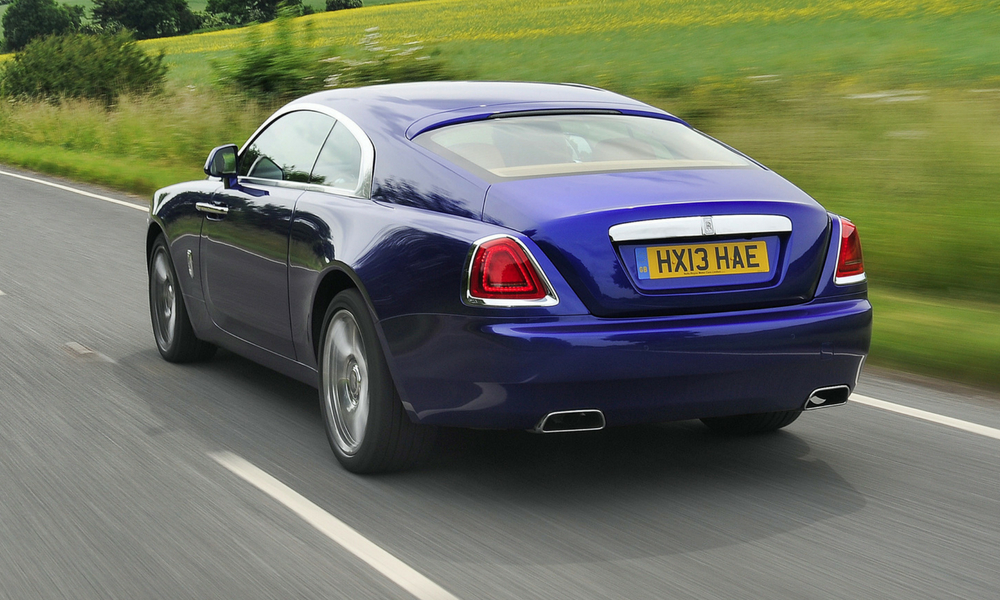 Plenty of modern cars have GPS navigation to help you find the nearest Starbucks when you’re in an unfamiliar neighborhood. You can certainly do that with the Rolls-Royce Wraith, but the car takes things a few steps further.

The GPS system works with the 8-speed automatic transmission to scan the stretch of road you’re headed towards. It then changes gears according to road grade as a way to keep the engine running smoothly and never straining. That’s especially helpful as you go through steep mountain passes, approach roundabouts, or whatever else. This tech also ensures the car continues to portray the image of poise and silent capability. 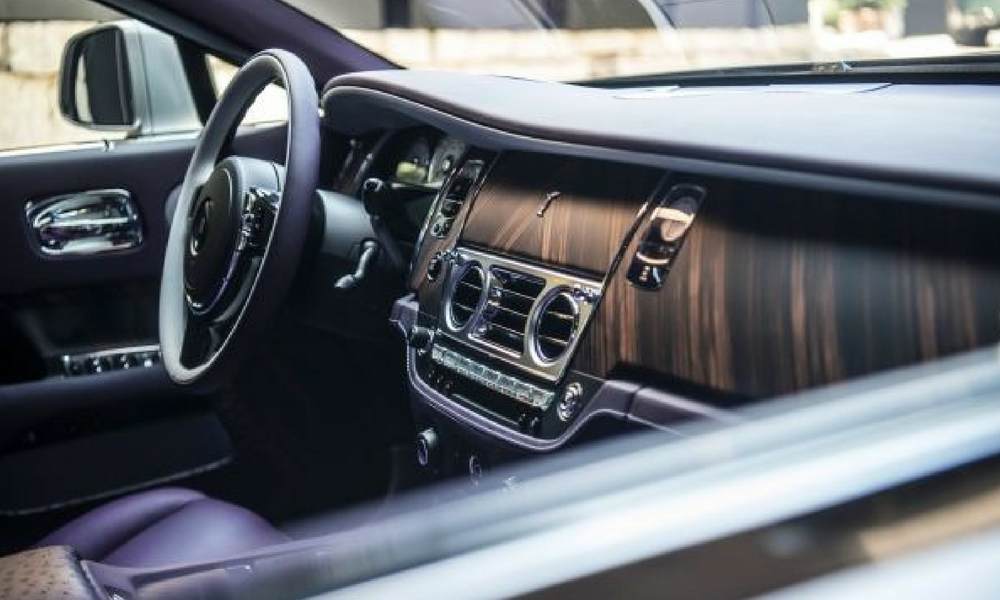 Let’s face it: people who buy Rolls-Royces are somewhat traditionalists. They don’t always want to see all the electronic gizmos in their car, because sometimes you want to just drive like it’s 1977. The fact that the gauge cluster is completely analog helps considerably. But, what about the infotainment screen?

Well, Rolls-Royce designers came up with an interesting solution. The system actually slides into the dash with the push of a single button. In its place is beautiful wood paneling, keeping it properly old school for just the right moments.