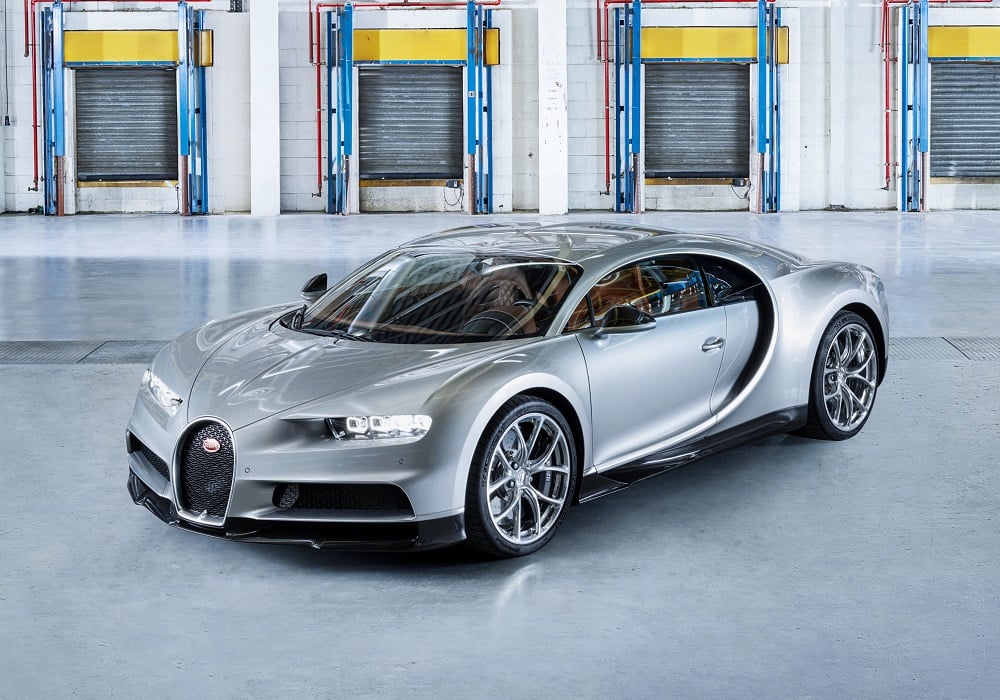 The 200-mph mark was once a unicorn in the automotive space reserved only for the most exclusive of supercars and race rigs. Today, with advancements in engine and aerodynamics, even muscle cars are getting in on the 200 mph fun. Below is a list of 19 production vehicles that not only clip 200 mph, but you also can walk into a dealership and buy or order one today.

Left off this list are super-exclusive supercars that are not considered production cars and other virtually impossible-to-buy supercars. Sorry, W Motors and Hennessey. 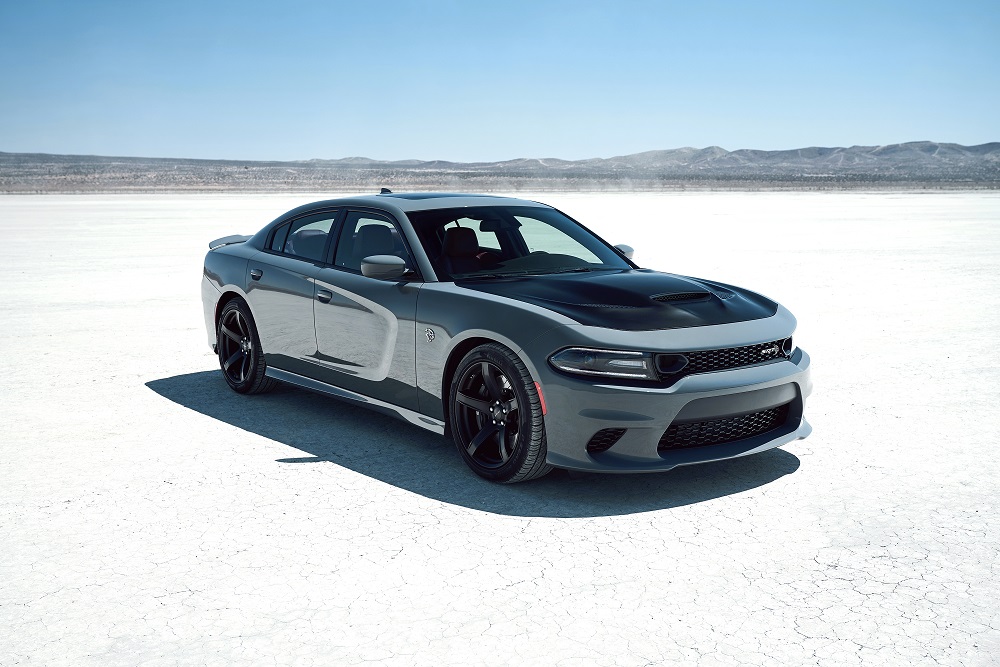 Dodge got back into the super-performance game with a vengeance with the release of the Charger SRT Hellcat. This midsize sedan not only hauls the family, but it hauls ass too with its 707-horsepower supercharged 6.2-liter V-8 engine that launches it to 204 mph, making it the fastest production U.S.-built sedan.

The best thing about this sedan is you can waltz into nearly any Dodge dealer, lump down $67,995, and be on your way. 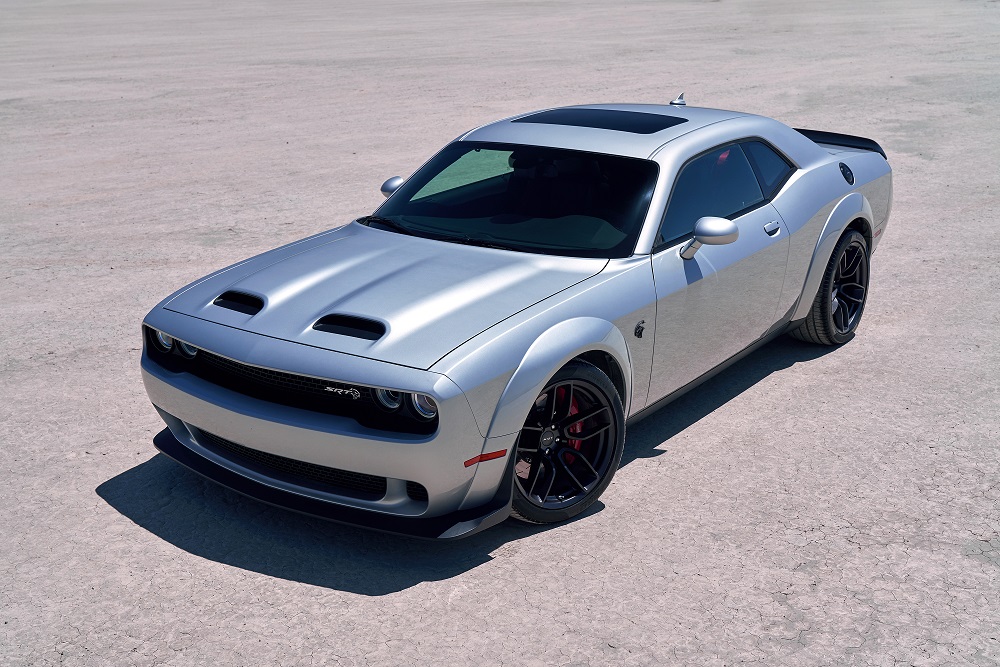 Along with the Charger, Dodge gave the Challenger a taste of the Hellcat juice. Oddly enough, the standard Challenger SRT Hellcat does not hit the same 204 mph top speed as its sedan sibling, but the new-for-2019 Hellcat Redeye and its 797-horsepower Demon-source engine can get this coupe up to 203 mph. 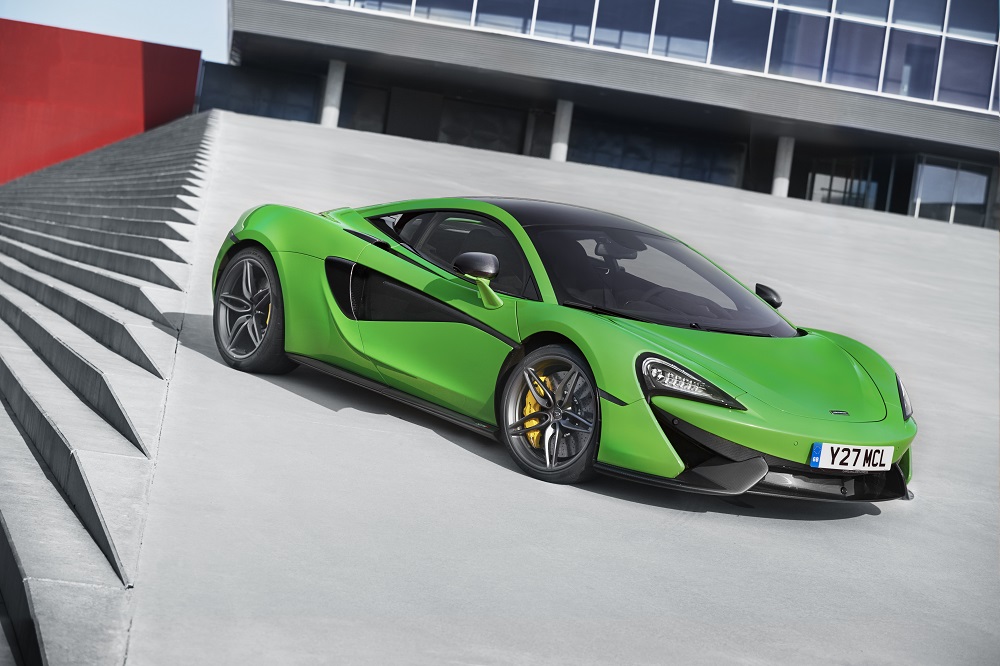 There have been many McLaren models that have come and gone in the 200 mph club, and in today’s lineup, the 570S kicks off this club. With its 562-horsepower powertrain and slick aerodynamics, this rig cuts through the wind at speeds of up to 204 mph. But this all comes at a price as the 570S starts from $188,600. 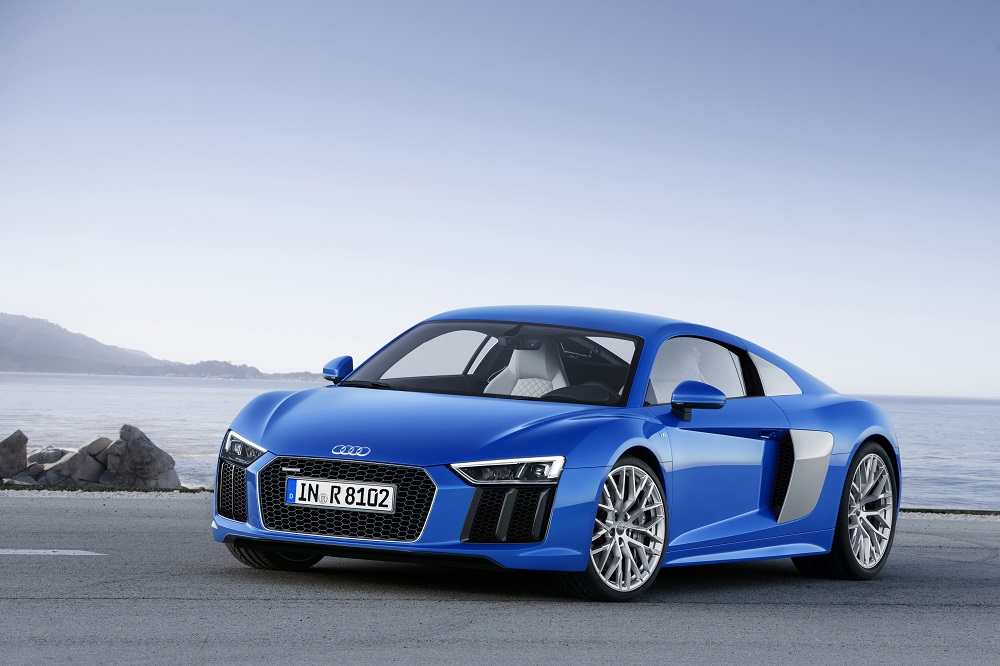 The Germans get in on the top-speed fun with the Audi R8 V10 Plus and its 203.8 mph top speed. This is thanks to its 610-horsepower V-10 powerplant stuffed behind the seats. What’s more, with its standard all-wheel drive, it can handle slippery stuff too — though you may want to keep it a touch below the top speed in these conditions. 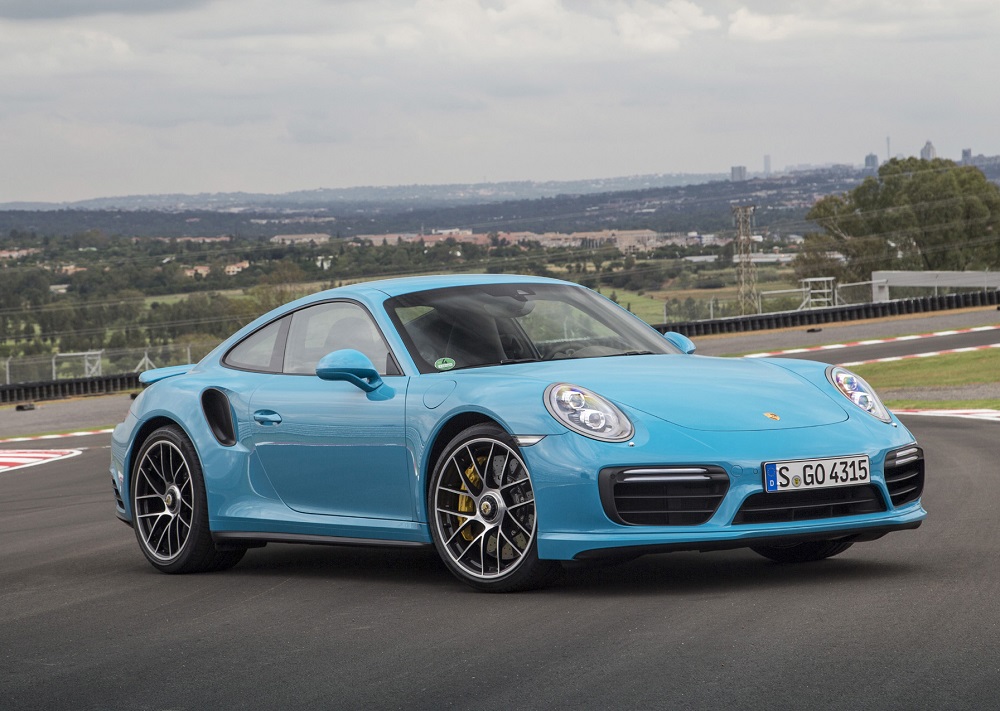 You’d think more Porsche 911 models would clip the 200 mph mark, but there are only a few. They start with the Porsche 911 Turbo S, which boasts 580 horsepower from a twin-turbocharged 3.8-liter six-cylinder. This launches the legendary sports car to a terminal velocity of 205 mph.

With a starting price of $190,700, this sports car is firmly in supercar territory. 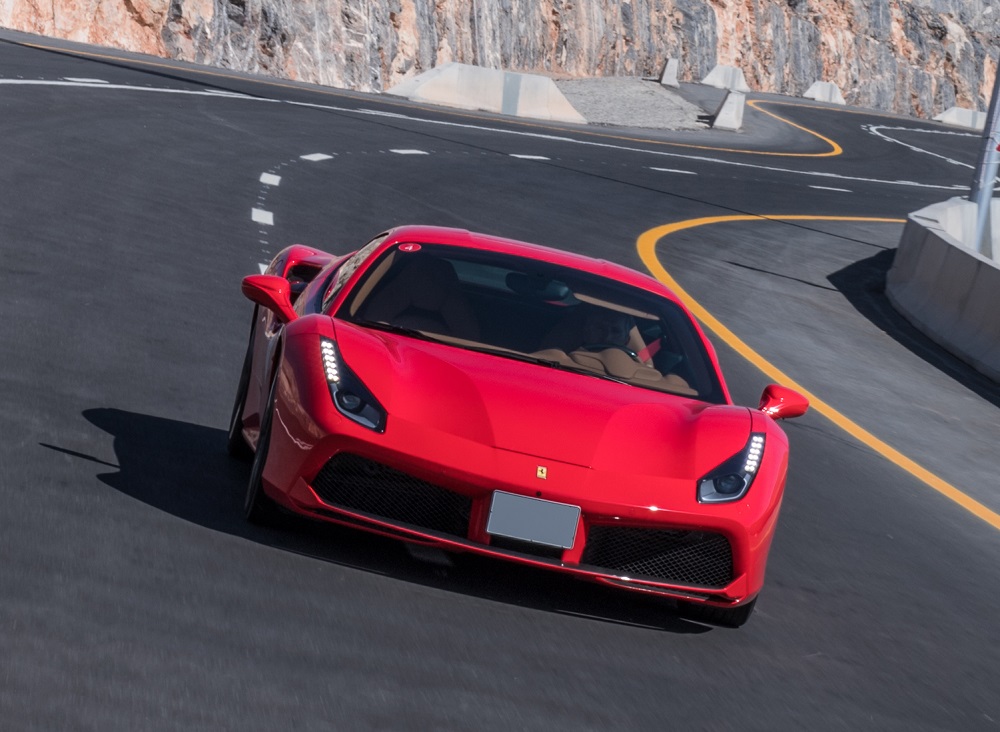 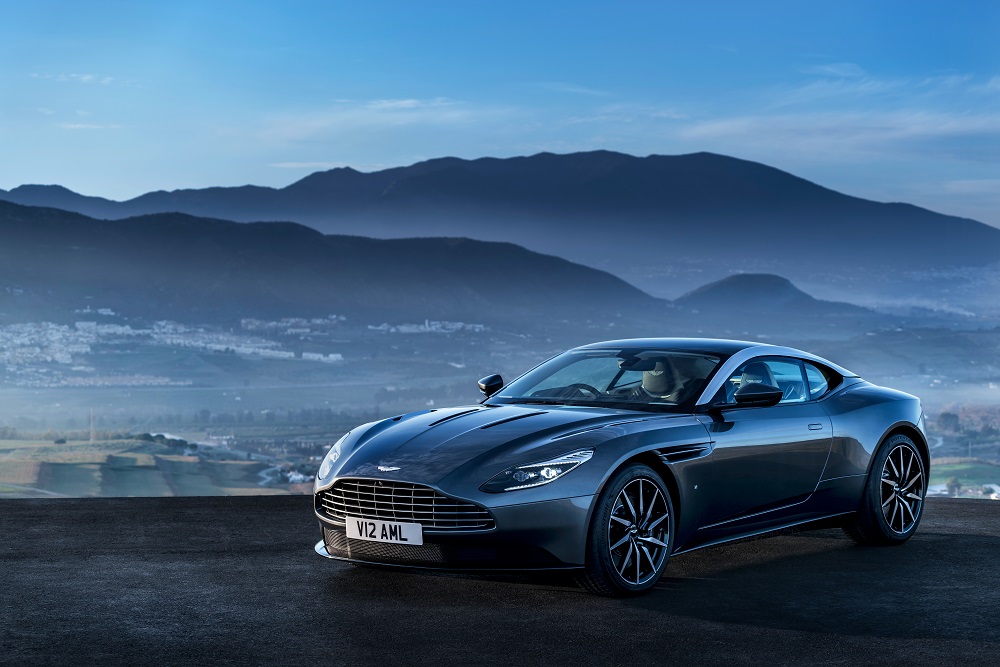 A trip across the pond to the U.K. brings in a lineup chock-full with 200 mph monsters from Aston Martin. The DB11 V12 is just one of these British sports cars that pull off the 200 mph feat with its 208 mph top speed. And the best thing about being an Aston Martin: It looks damn good doing it. 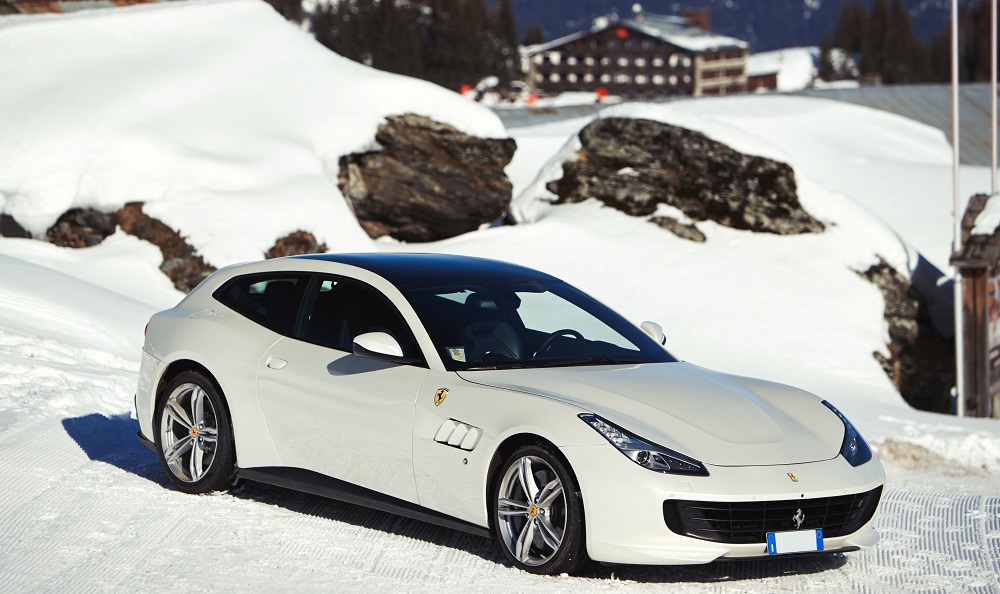 Hauling ass and hauling groceries is possible in the wagon-like Ferrari GTC4Lusso. OK, maybe it’s not actually built for trips to the local grocer, but it looks the part. Plus, with its 680-horsepower V-12 engine that allows the Ferrari GTC4Lusso to top out at 208 mph, you’ll never worry about your organic, non-GMO, vegan, chia-seed-infused tofu spoiling before you make it home from the specialty market. 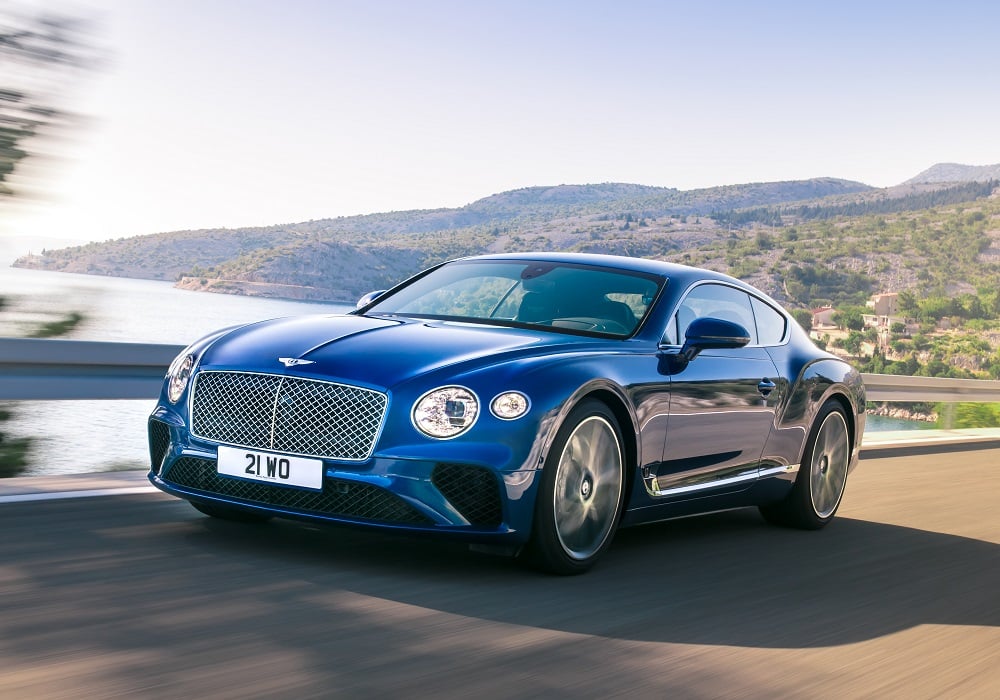 When you think about Bentley, you likely think about class and elegance. But there is a whole other side of the brand that focuses on performance, and the Continental GT is a part of this with its 626-horsepower powertrain that launches this coupe to 207 mph. Of course, this comes at a massive price of $218,400. 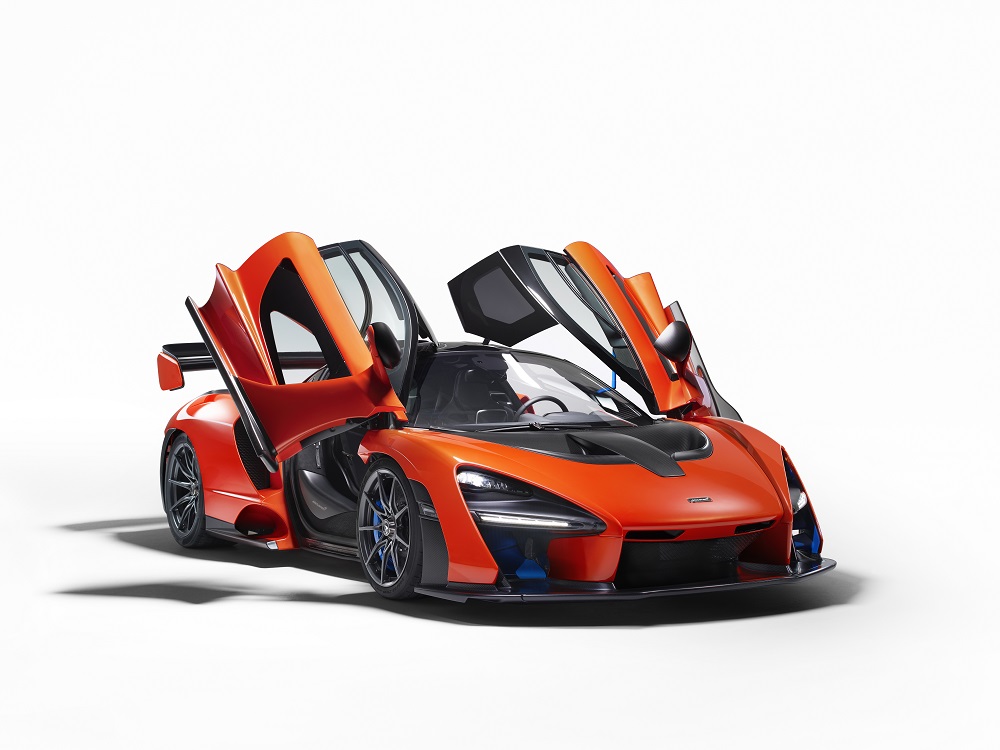 Named after the famed race car driver, the McLaren Senna is an amazing piece of supercar brilliance that McLaren tuned for the track. This beastly supercar boasts a 789-horsepower engine and enough downforce to make an F1 car envious. Despite its 1,764 pounds of downforce, this race-ready street rig still tops out at 208 mph.

While the Senna may not be the fastest car on our list, it is one of the more expensive with a starting price in the $840,000 range. 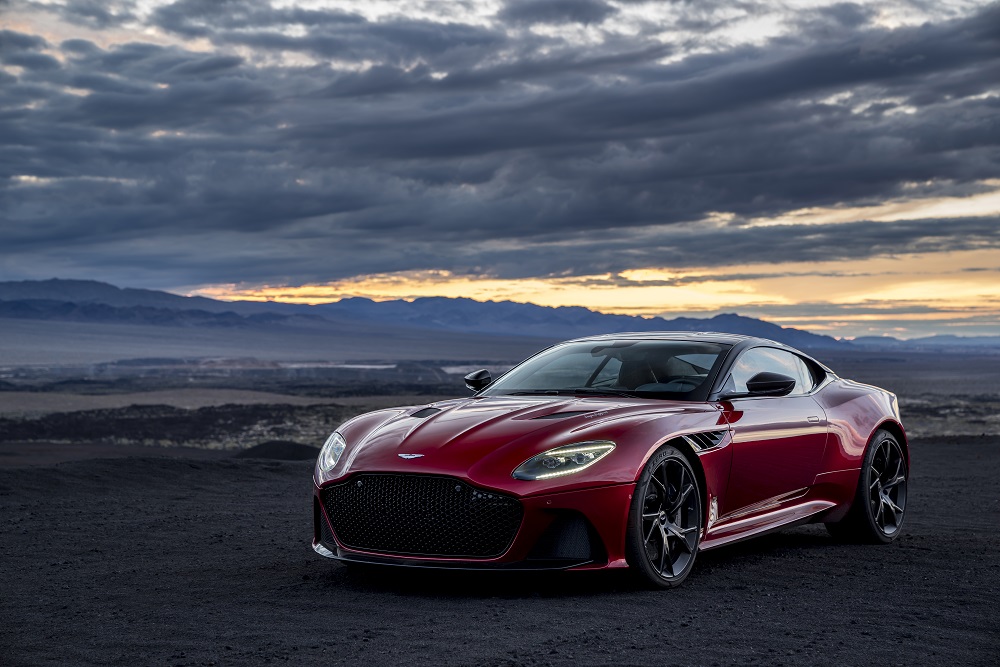 The DBS Superleggera is the latest from Aston Martin, so it’s no shock it’s one of the fastest and most technologically advanced in the lineup. It confirms the former with a 211 mph top speed thanks to its 715-horsepower V-8 powerplant. You’re not only getting a speedy grand tourer in the DBS Superleggera — you’re also getting one of the best takes on the classic Aston Martin design language. 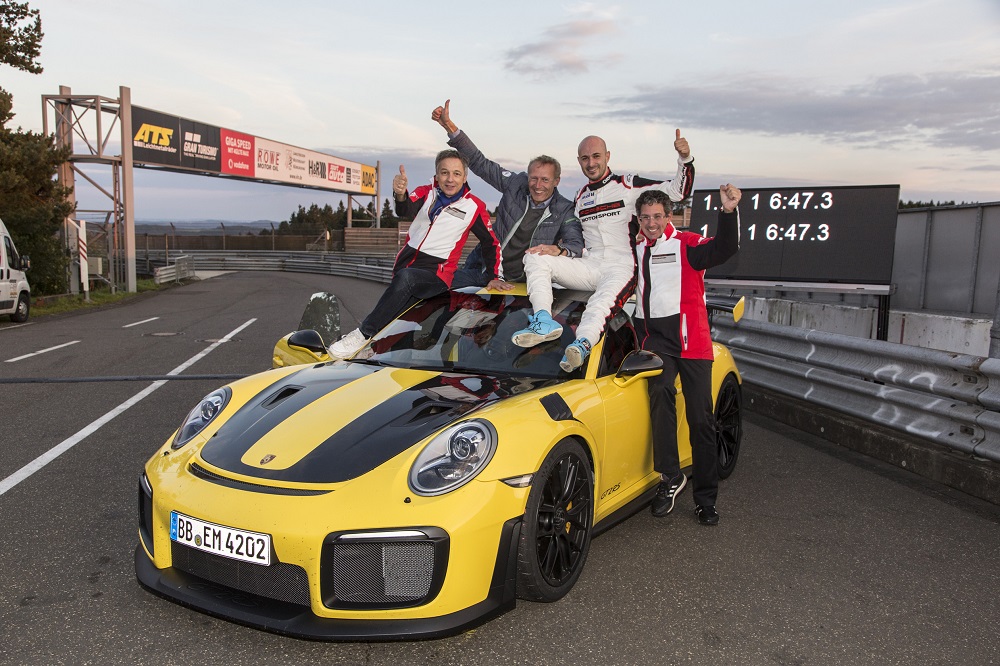 With the Turbo S model clipping 200 mph, it shouldn’t come as a surprise the top-of-the-line Porsche 911 GT2 RS is up there too. This beast rolls in with 700 pavement-pounding horsepower that shoots it to 211 mph. Unlike the ‘Murrican muscle, this fine-tuned German wonder will set you back a king’s ransom of $293,200. 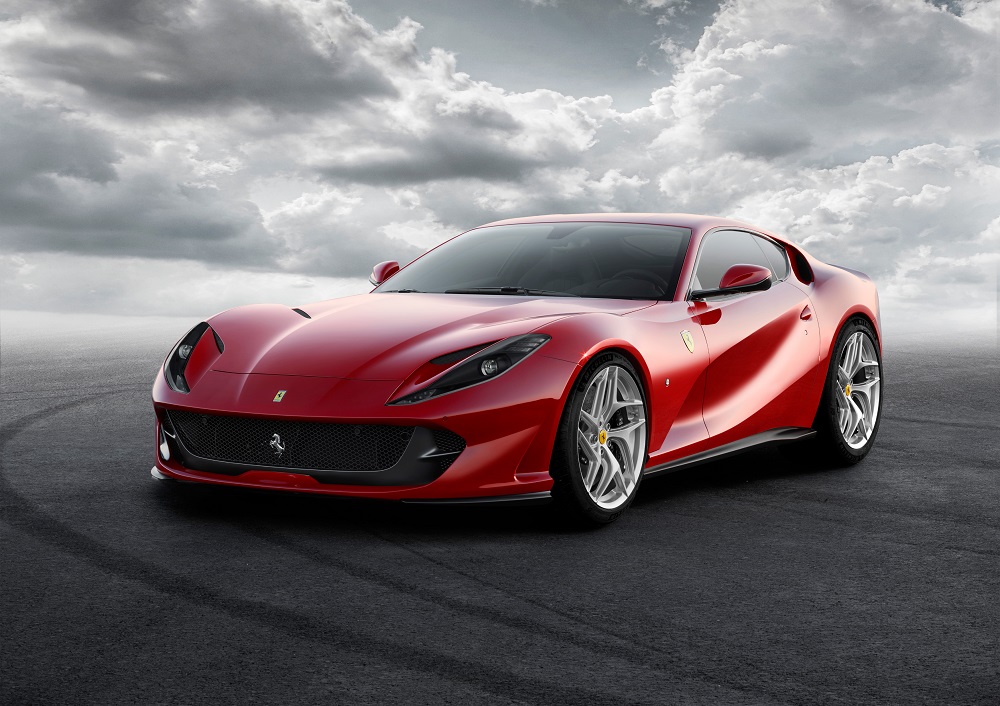 Ferrari has been going through a bit of a naming crisis: First the LaFerrari and now the Superfast. Despite the terrible naming trends, the brand continues churning out 200 mph beasts like the 812 Superfast. This coupe uses a 788-horsepower 6.5-liter V-12 to sprint to 211 mph. And like any Ferrari, the 812 Superfast looks good doing it. 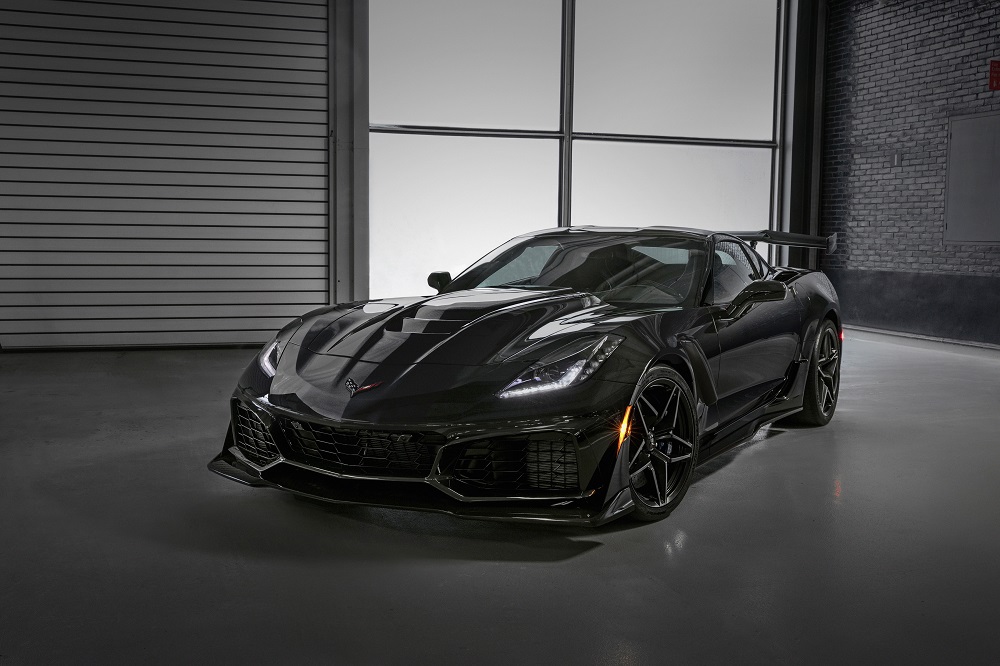 The upcoming mid-engine Corvette will likely surpass it, but for now, the Corvette ZR1 is the king of the track in Chevy’s lineup. With its 6.2-liter supercharged V8 that spits out 755 horsepower, this sleek coupe jets to a 212-mph top speed. And coming back to the U.S. means the pricing also falls to a more affordable $119,995. 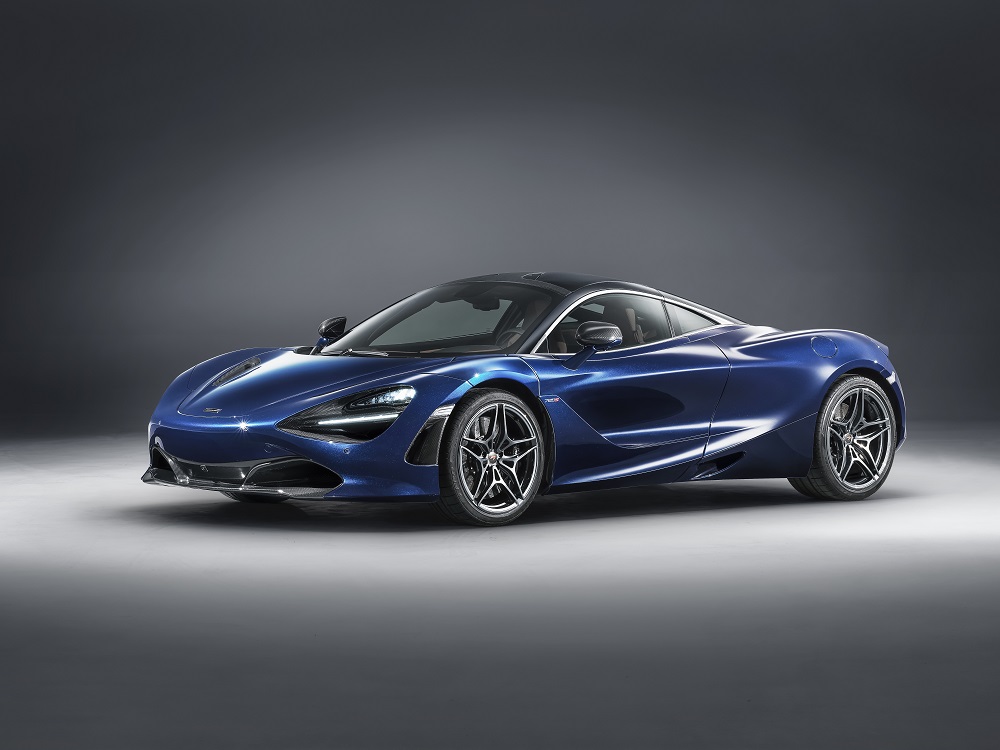 Unlike the other American muscle on this list, the Ford GT is not one of those rigs you can walk into a dealer and buy outright. There is a process, a contract, and other red tape to get through before you can earn the right to cut a six-figure check for one. But after all that, you’re rewarded with one of the fastest American cars ever built, thanks to its 216 mph top speed. 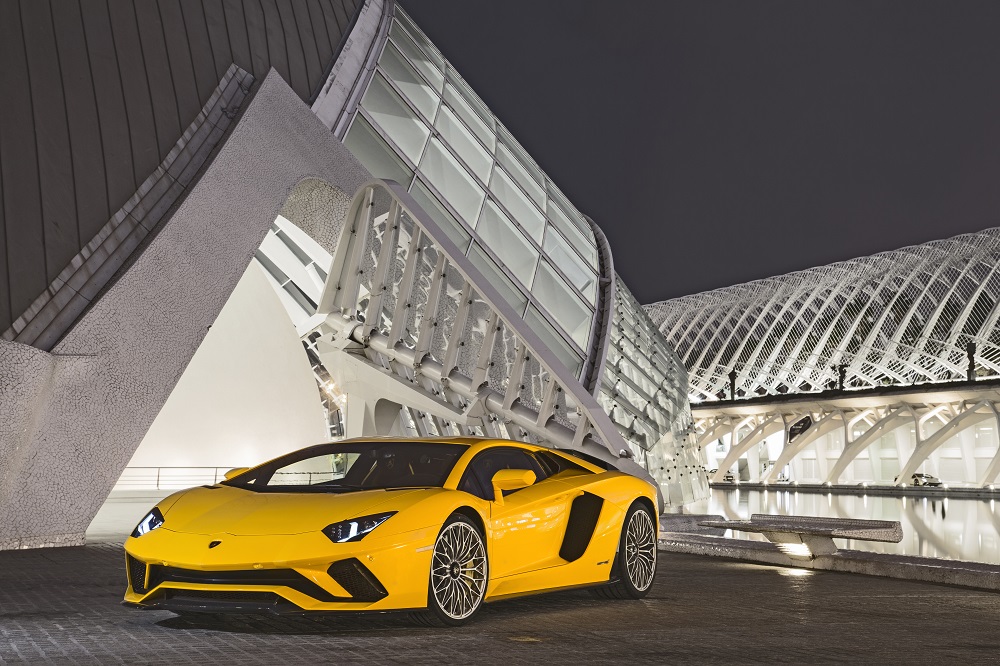 With 730 fire-breathing horsepower from its 6.5-liter V-12 engine, the Lamborghini Aventador is a shoe-in on this list. This beast of a supercar hits speeds in excess of 217 mph in its coupe or roadster form. What’s more, this isn’t your granddad’s Lamborghini — this supercar has the comfort and features needed to keep pace with today’s luxury cars too. 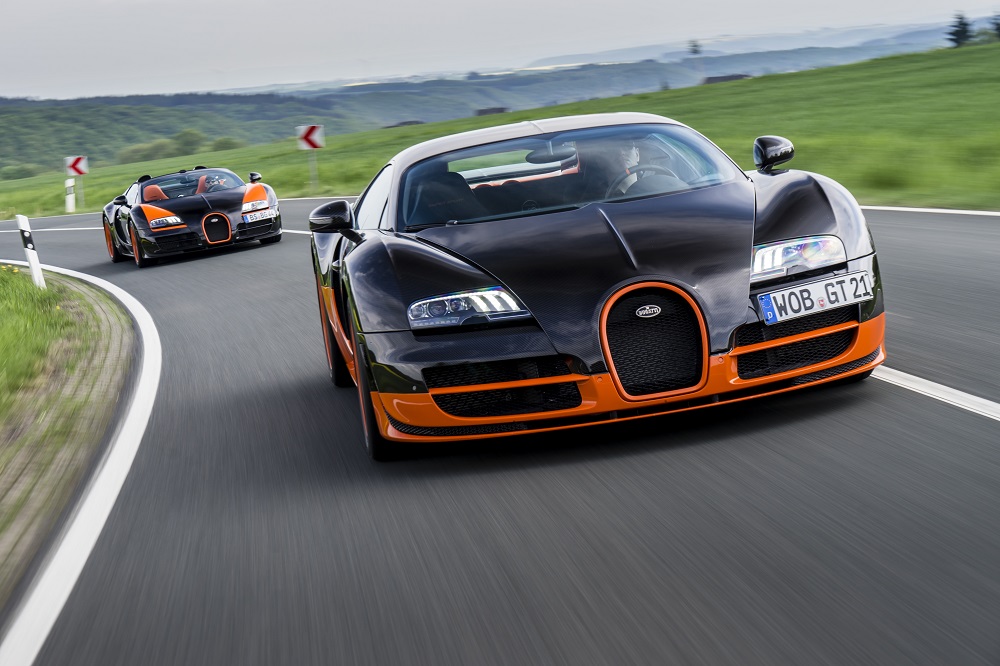 A legend in the top-speed world, we cannot leave the 1,001-horsepower Bugatti Veyron off this list. Yes, it is getting old. Yes, it is expensive. But with a top speed as high as 268 mph, it remains a legend. With a price tag in the millions, though, there are only a handful of people who can actually afford this rig.

The Bugatti Chiron is a must on this list with its 261 mph top speed and availability at dealers across the nation. All this speed will set you back as this 1,500-horsepower beast starts around $2.6 million.