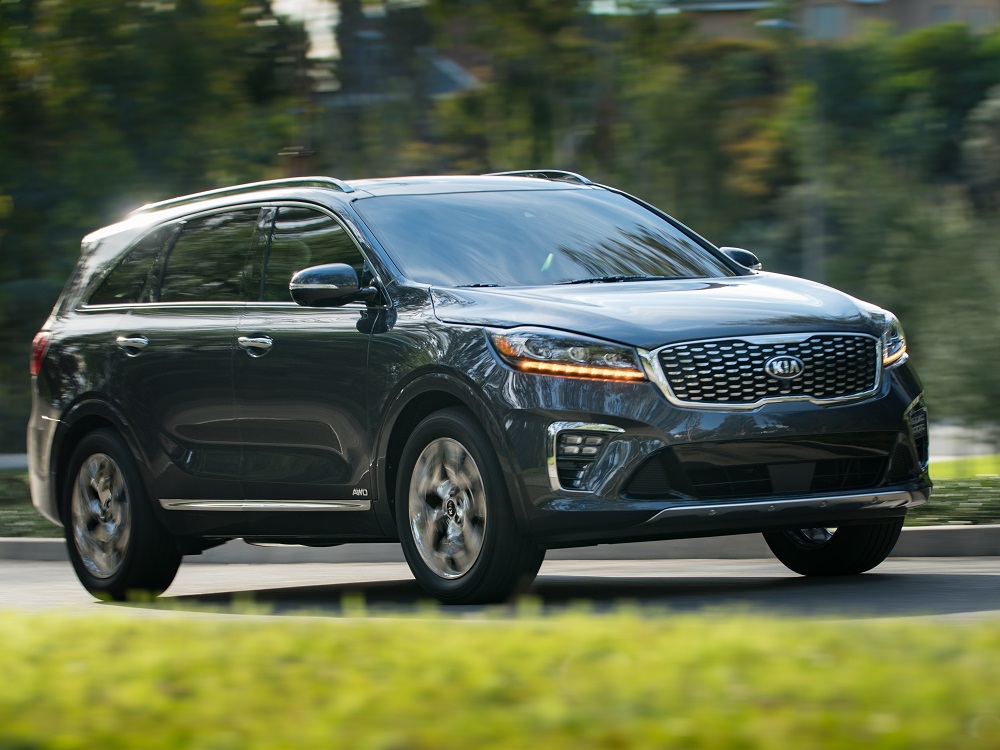 Kia has come a long way from its days as a throwaway economy lineup, and one of the models that spearheaded its move into the premium realm is the Sorento. I spent an entire week toting my family around in the range-topping SX-L version of this three-row midsize crossover, and here’s what I think about the refreshed 2019 Kia Sorento SX-L. 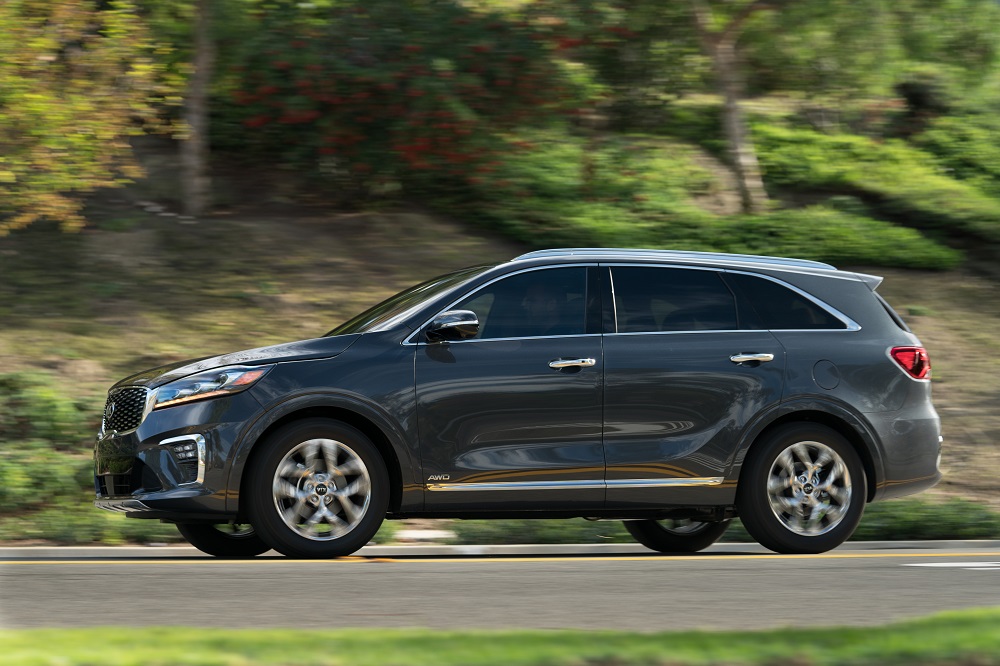 Though it was far from old — it went through its last redesign in 2016 — the 2019 Kia Sorento rolled into my driveway with a refreshed front end that included a new grille and headlights. Around back, Kia treated the 2019 Sorento to a revised bumper.

This new look took the already sharp Sorento and tightened things up a bit. What’s more, my tester was the range-topping SX-Limited model, so it had all the obligatory shiny bits Kia’s top-of-the-line trims are known for. I am generally not a huge fan of chrome, but Kia’s tasteful placement of this shiny material was far from offensive.

Inside, the 2019 Sorento’s cabin is far more premium than its brand name implies, and this is especially true in the SX-L trim. In this range-topping model, Kia adds tons of premium cowhide, touches of satin metallic trim, just the right amount of piano-black trim, and more. While this may surprise some to learn a Kia can actually be luxurious, I’ve become familiar with the brand in the past few years and expect no less. Plus, with a price tag just south of $50,000, it had better deliver. 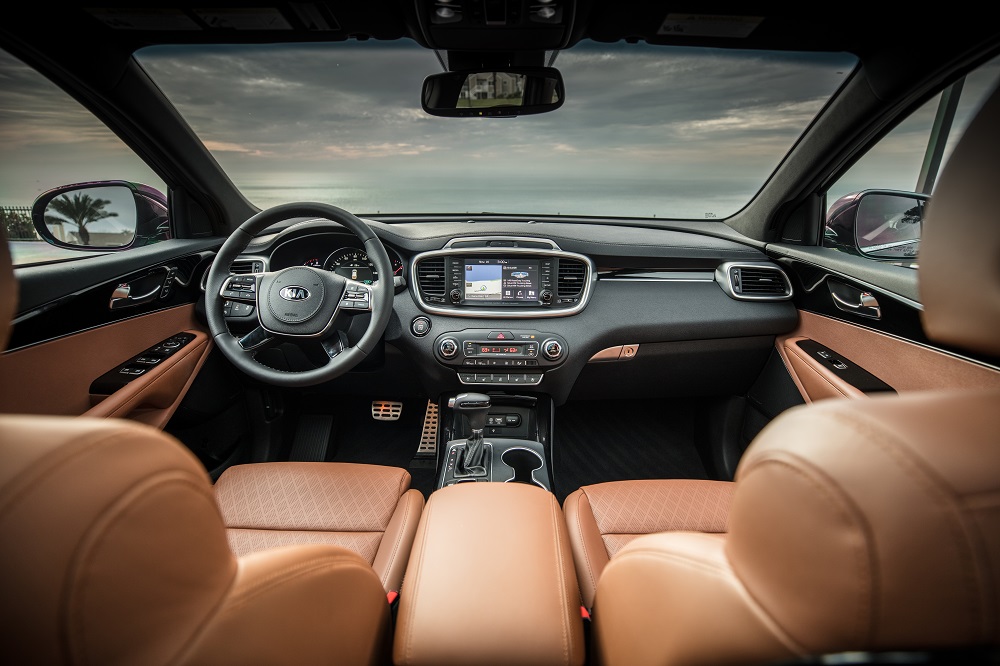 Once you slide into the 2019 Kia Sorento SX-L’s front seats, you feel like you just got the steal of the century. The Nappa Leather seats are supple and well-padded, the gauges and dash look surprisingly premium, and the massive panoramic glass roof can shock an unsuspecting shopper. Also, the level of quietness inside the cabin is top-notch.

That said, the Sorento’s interior is not all rainbows and butterflies. Moving to the second row is like shifting from business to economy class. Sure, these seats still have premium upholstery, but they are lower to the ground, leading to obstructed vision and oddly angled legs, and the padding isn’t near the level of the front seats. Fortunately, though, there is plenty of legroom at 39.4 inches, but the panoramic glass roof gobbles up headroom. 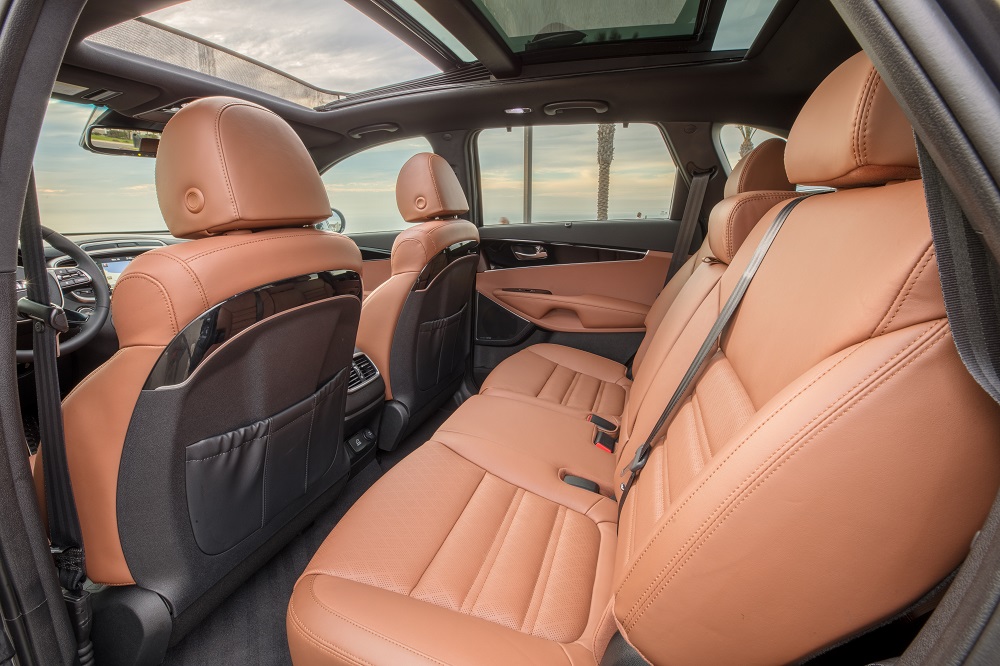 The third row is a penalty box with just 31.7 inches of legroom and even less butt-and-back padding. Reserve these seats for the troublemaker in the family or the annoying in-laws.

Cargo also comes up a touch short in the Sorento at just 11.3 cubic feet with the seats upright, 38 cubes with that in-law-only third row folded, and 73 cubes with both rear rows lowered. Most of its competitors offer in the 80- to 85-cubic-foot range of max cargo room, including the Durango (84.5 cubes), Pilot (83.9 cubes), and the Explorer (80.7 cubes).

That said, the Sorento is also about 6 inches shorter than some of its competition, so there is bound to be a tradeoff for it being easier to navigate into your garage.

The base 2019 Sorento is more limited in features than I’d like to see from Kia. It comes standard with a few desirable goodies, including a 7-inch touchscreen, Android Auto, and Apple CarPlay, but not much else.

Fortuantely, I didn’t have the base model. I had the SX-L, which is very pricey at $46,490 and has all the goodies anyone could want. These features include 19-inch alloy wheels, LED headlights and daytime running lights, LED fog lights, power-folding mirrors, Nappa leather seating, a 7-inch digital gauge cluster, LED interior lighting, navigation, a 10-speaker Harman Kardon audio system, a wireless phone charger, and more.

First, that Harman Kardon audio system delivers a great balance of sound at about half volume, which makes you want to crank the tunes even higher. Sadly, once you crank it up from there, the highs wash out, leaving you with muffled-sounding tunes. Kia could do itself a favor by tuning this system a bit more. Rebounding from this is a logical UVO infotainment system that is easy to use after just a few hours of tinkering with it.

One issue I always have higher-trimmed cars are their dysfunctional wireless charging pads. They are often too small or not sticky enough, causing my phone to lose connection, or they are just in a bad position. Kia seemed to put a lot of its focus on this area, as the pad was plenty sticky and I never once lost my charging connection. Bravo! 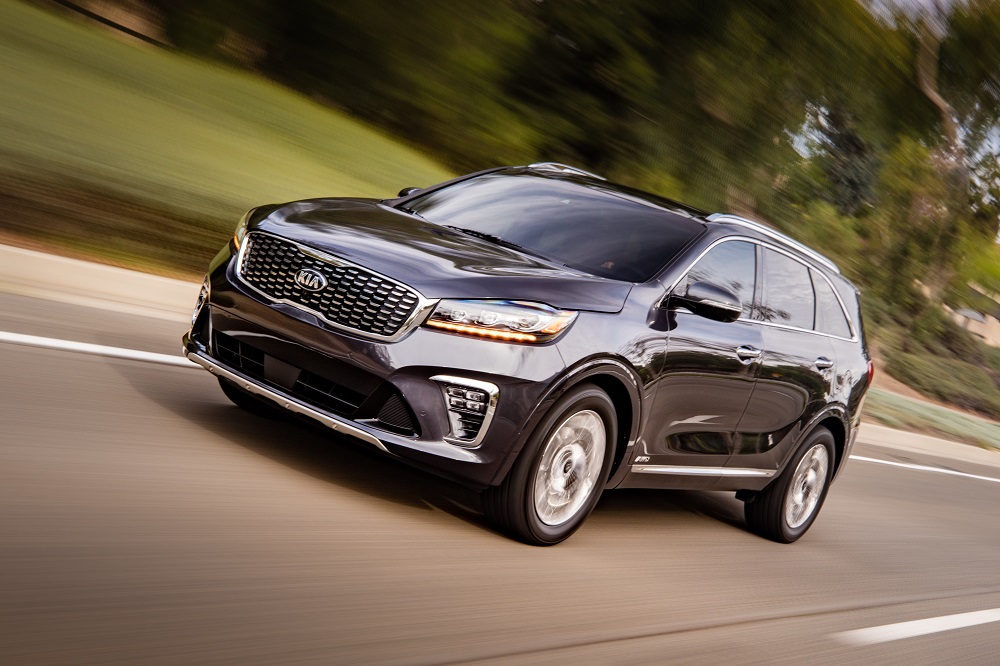 This engine delivered ample power, though it never surprised me with its giddyup. What was impressive was the standard eight-speed automatic transmission that delivered tight shifts that were virtually unnoticeable.

The Sorento’s ride is soft but also confident, so you never feel out of control in the corners. That said, this is no corner monster, and its 4,300-pound curb weight shows up in harder turns. 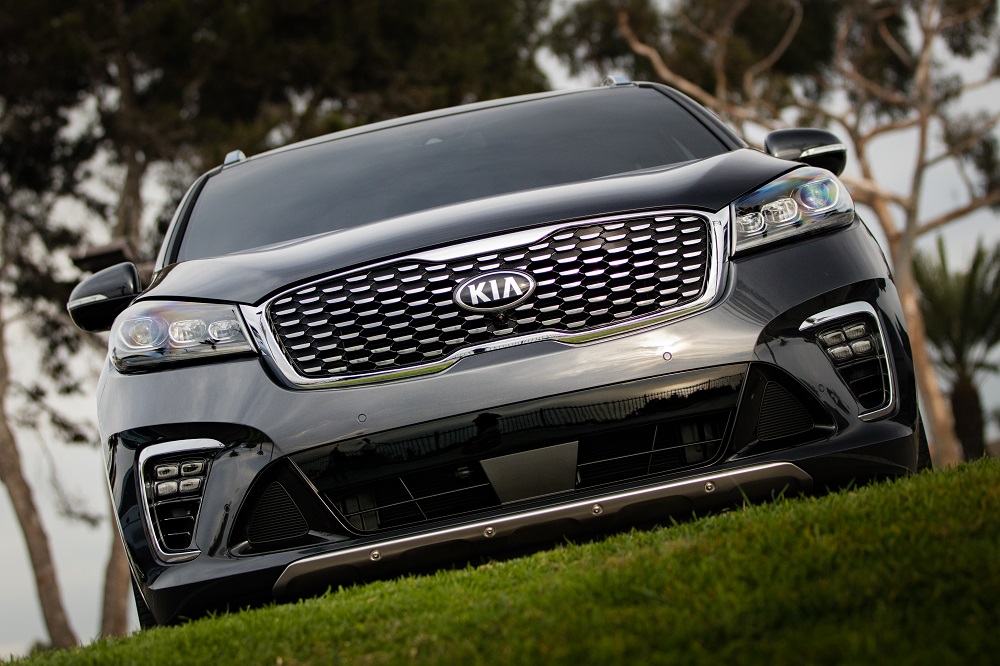 Kia will reportedly release a diesel Sorento at some point. That should help push it beyond the 30 mpg highway mark for commuters. 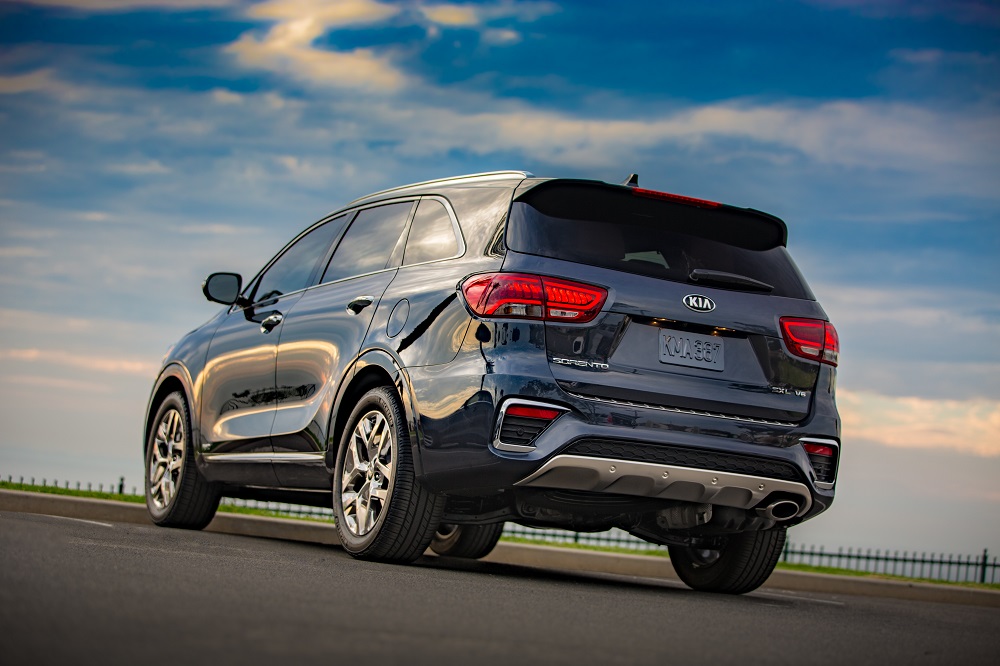 The 2019 Kia Sorento SX-L is a great option for buyers who prefer comfort and features over space. If I had the $46,000 my tester cost me, I think this would be my pick. Sure, there are others out there that do certain things better, like the more rugged Durango, the peppier Explorer, or the more off-road-ready Grand Cherokee, but the Sorento is a nice middle ground that does everything well.