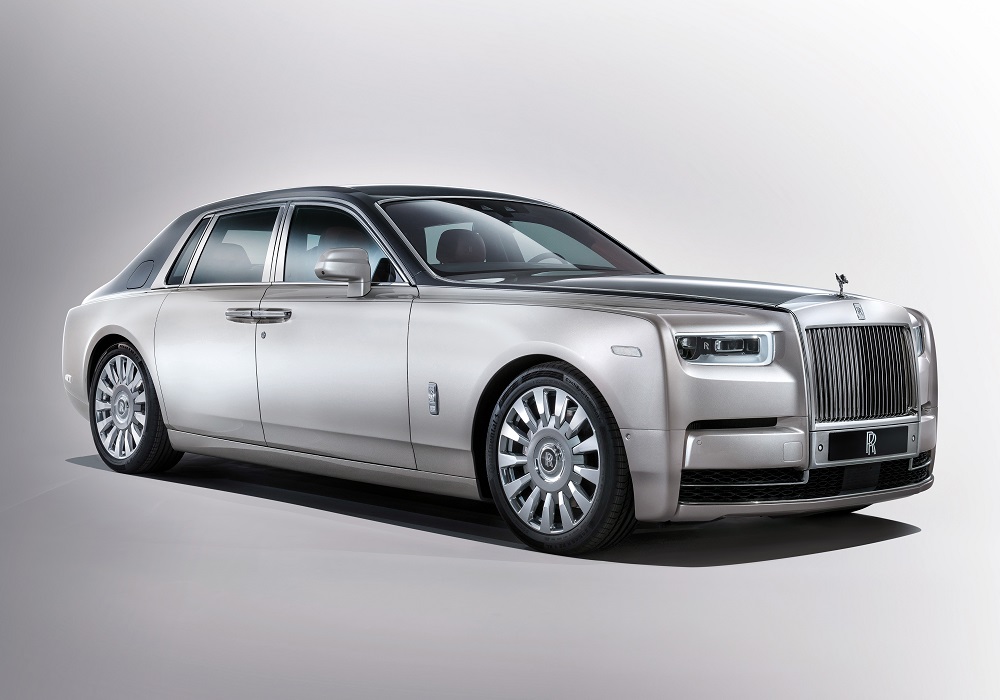 After some light teasing, Rolls Royce has finally revealed the all-new 2018 Phantom. For those of you expecting something completely redesigned and revolutionary, well, you’ll be sad to know that Rolls is still Rolls — things don’t change much.

But that’s also a great thing, as Rolls Royce buyers love this consistency and the level of class their cars retain for many years. So while you may be disappointed that not much changed, those who would actually buy the Phantom (or own last year’s model) will be pleased with this new design.

The Rolls Royce design language is very much present in the new Phantom, as it continues to boast the flat front end, massive chrome grille, and thin headlights. That said, the details up front are ever so slightly different. For example, the headlights feature frosted internals and sharp LED daytime running lights that wrap around the refreshed eyes. The hand-polished stainless-steel grille is also reworked, as it rises higher than the previous model, putting the Spirit of Ecstasy emblem about a half-inch higher. Down the sides, the changes are tough to spot, but they are there. At the lower portion, there is a new character line that runs just past the front door, the mirrors are thinner, and the roofline has a more gentle swoop as it meets the trunk. Also subtle but noticeable at certain angles is the better flow from the rear quarter panel into the wheel flare, eliminating the hard crease from the previous year.

There aren’t many images of the rear end, but there is one of the taillight, which boasts a new look that includes a chrome inner ring, a circular graphic, and the double-R emblem in the center. Rolls also boasts about its super-formed aluminum rear panels that eliminate the cracks created where panels meet, creating a smoother flow, and new creases on the trunk lid that hark back to earlier Phantom models. Stepping into the Phantom is as amazing as one would expect. You’re initially greeted by automatic doors that close at the press of a button, then you settle into a world of luxury. You’re surrounded by premium leathers, metals, and woods. Above your head is the largest starlight headliner Rolls has ever offered, and in front of the rear-seat passengers are beautiful picnic tables that fall from the front seats.

Also, thanks to about 300 pounds of sound-deadening material, the new Phantom’s interior is 10% quieter than the outgoing car at 62 mph. Rolls Royce Claims this makes the Phantom VIII the “most silent motor car in the world.” For a little rear-seat entertainment, there are rear theater monitors neatly tucked behind the wood panels on the backside of the front seats. The rear center console features a drink cabinet that includes whisky glasses, a decanter, champagne flutes, and a refrigerated box.

Rolls Royce hasn’t released pricing for the new Phantom, but this is one of those cars that buyers don’t ask what the price is — they just build what they like and have the money wired in.